B1 battle droids make great mooks for the Star Wars RPG. They are ubiquitous during the Clone Wars era, and gamemasters can have them laying about all over the galaxy during the Dark Times and Rebellion eras. Some crime lord might be using them to guard his cache of treasure, or the player characters might stumble across a crashed Trade Federation ship with a whole battalion of them a jostle away from reactivation.

One wayward droid might have been overlooked and is now a notorious gunslinger at the edge of the Outer Rim Territories, or in the Kathol Outback. 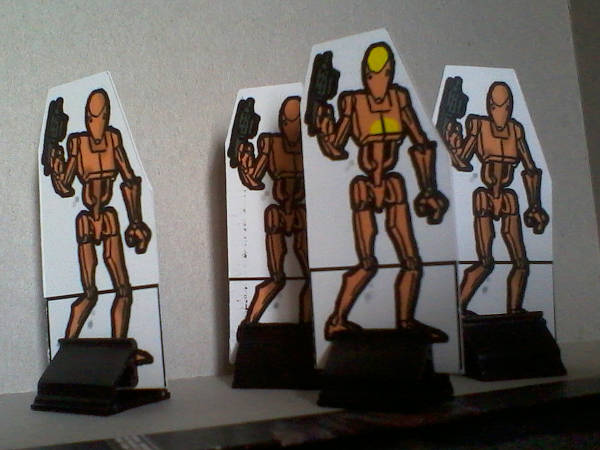 These photos display my old B1 paper minis. The PDF linked at the end of this article is a totally new and better file with new line art and colour schemes for the droids. 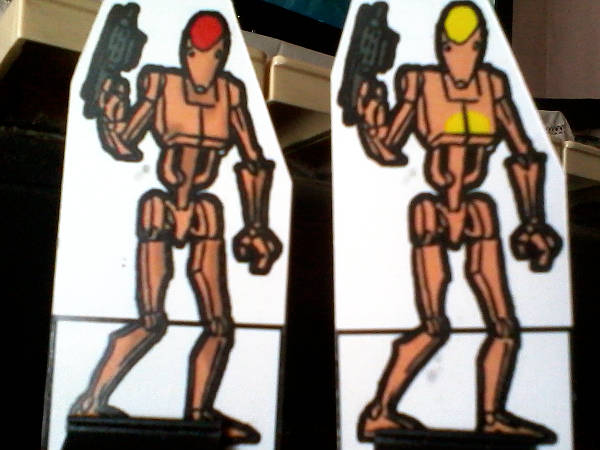 Below is the PDF file with 12 B1 droids, which includes 1 commander with yellow markings, 5 infantry troopers, 2 security troopers with red markings and 4 in full pastel red Geonosian colours. If I ever come back to do more B1s I will try to include the darker Firefighter battle droid. But I’d rather do different models later, like the B2 super battle droid and BX commando droids. 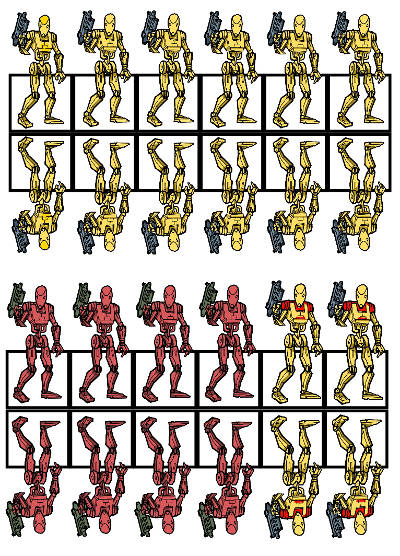