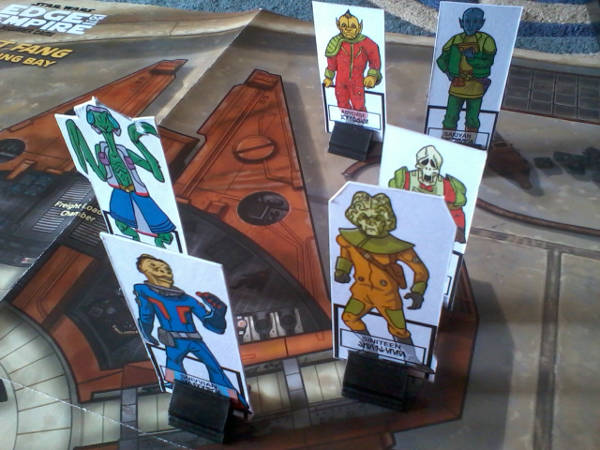 “Excuse me sirs. But we have reports that you’re illegally holding Kitik Keed’kak against his will in your storage bay.”

This batch of Star Wars RPG paper minis are aliens (designed by either Stuart Freeborn’s or Rick Baker’s team) for the Mos Eisley Cantina sequence in the first Star Wars movie. These guys were actually at the sound stage as masks. Here are 10 of the unique aliens to be used as spacers, fringers, bureaucrats, mooks or even innocent bystanders. 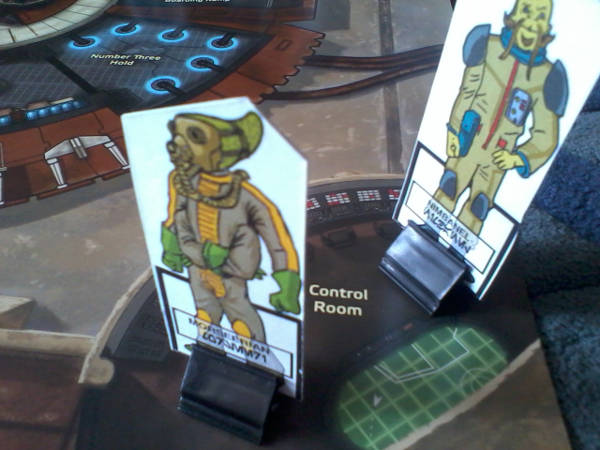 “Let’s just open the roof hatch and air out the docking bay. I’m sure this smuggler ship wont take off without permission.”

Mong the species that did not make the cut on this file were Lutrillian, H’nemthe and Vuvrian. 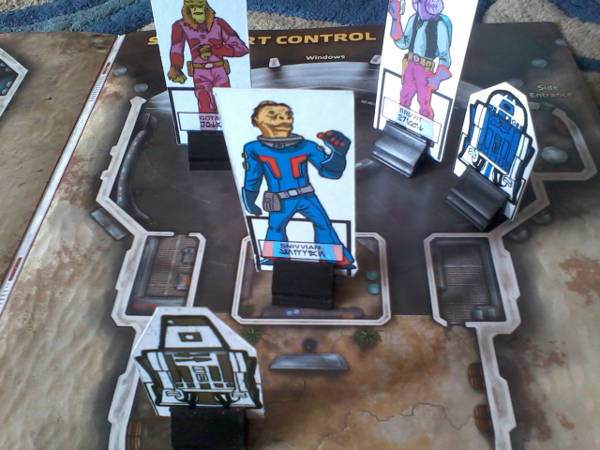 “Just let the dodgy-looking light freighter with the shifty-sounding captain land. I’m sure it’s not carrying anything illegal.”

The spaceport control office has two astromech droids to aid them in their close orbit and airspace operations. Enjoy! 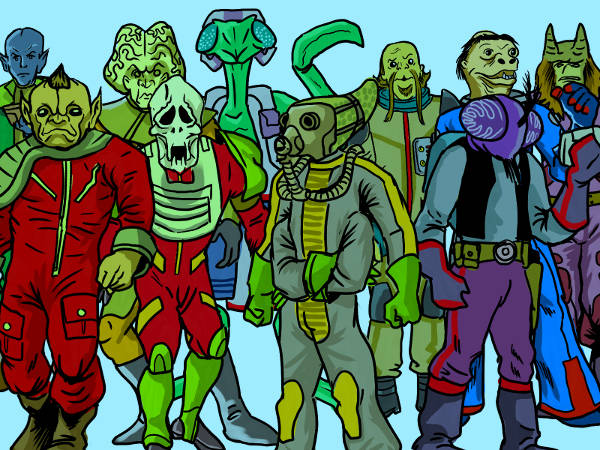