A Bad Example in the Spacelanes Star Wars RPG Paperminis 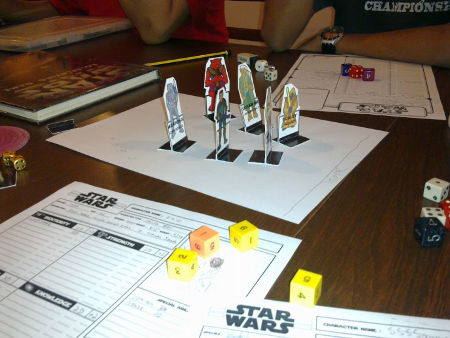 A Bad Example of a crew

Thanks to Ivan using generic paper miniatures during the Warhammer session last month, it struck me to look for Star Wars RPG paper minis on the web. There are a couple online, but I thought it would be awesome to create my own for my own game.

Especially a custom set for the crew of the Bad Example.

So I drew up simple illustrations of the player characters, based on the thumbnail to the right there. (Click on it to see a full sized version.)

After a some advice from Ivan, a scanning session, a colouring session, a pdf set was produced. Each mini had a base width of 30mm. I also needed bases, so I downloaded some free pdfs from One Monk Miniatures. There are also some free pdf downloads at that website. Check it out if you require other genre minis to print, like pulp, horror, science fiction and fantasy.

Once all the files were in order, I brought them to the print shop to print them on cardstock. 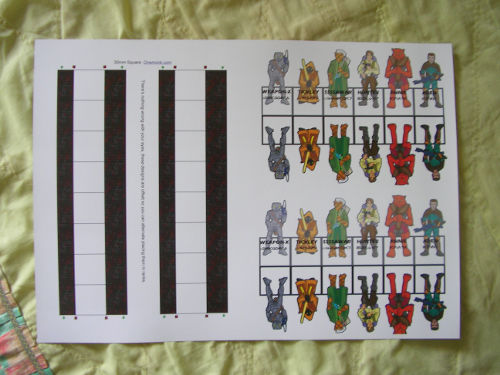 Double rows, just in case I screw up

Quick cuts separated them into their individual sections. This was the wrong way to do it, actually. I should have glued the backs of the card and folded the sides together first to hasten the process. Below, you can see that only Weapon X has been glued and folded. 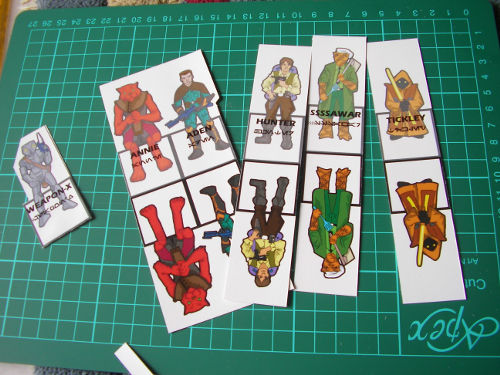 Cut up and dried

After all the characters were done, I worked on folding and gluing the base. The base, not yet cut into 30mm widths, can be seen below. 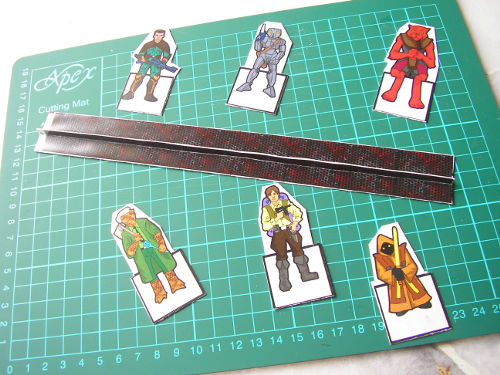 That’s a freakishly long base

Behold! The crew of the Bad Example, ready for use on the gaming table the following Saturday. 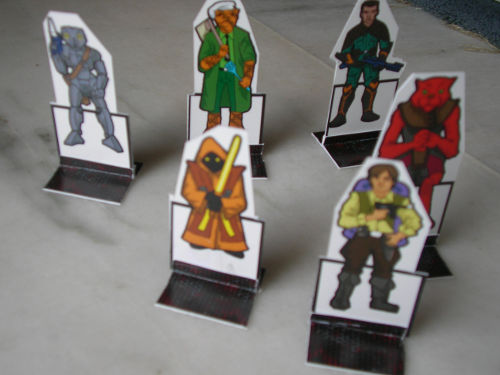 The gang, arrayed for a photo shoot