Here are paper miniatures of characters created for my own various Star Wars RPG campaigns for your own use. There is space at their feet on one side of the paperminis to write their names on.

Time is the Hunter characters 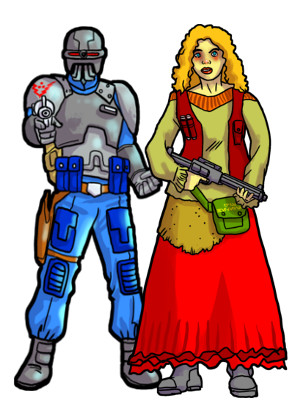 Note: Iris Helena is based on Helena on Orphan Black.

Edged by the Empire characters 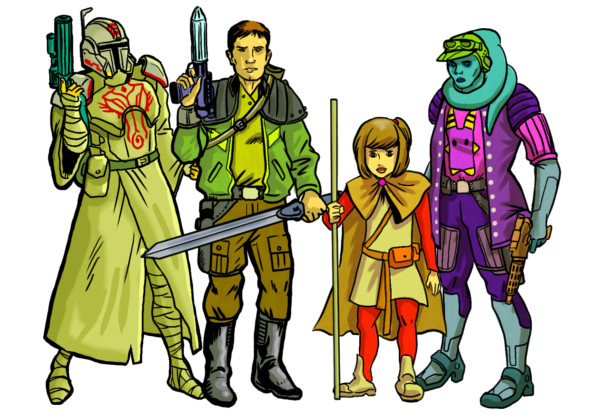 Note: Numa is the same Numa that appeared in Star Wars: The Clone Wars, and later (after her appearance in this campaign) popped up in Star Wars Rebels. 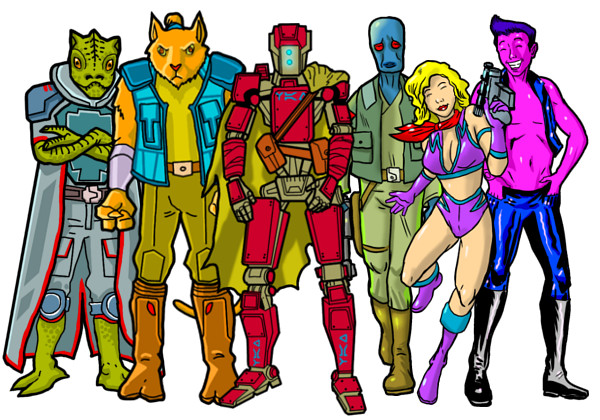 Note: VAX-11 body design is based on robots seen in the movie Elysium. Nora’s clothes are based on costume from The Dirty Pair anime. All of Darter’s weapons and gear are on him even if they are not visible.

Click here to download, print and assemble all of these character paperminis for free from Google Drive!

Please head on over to my Patreon site for more paper miniature downloads covering many genres. Lots of free PDFs for you to download, print and assemble!