After almost two years in Perlis, there arose an opportunity to host a tabletop game exhibition here at the university. Gray, a gamer I knew and interacted with online back in Kuala Lumpur, planned a KakiTabletop Northern Tour. This tour would take his team and himself from KL to Taiping to Prai to Penang to Perlis and back down to Ipoh before returning to the Klang Valley.

We thought it would be great to hold a tabletop gaming exhibition to introduce tabletop games – boardgames, card games and role-playing games – to the students of this university and the local community. If you remember I even once ran Mini Six for one of my classes last semester as a speaking exercise. 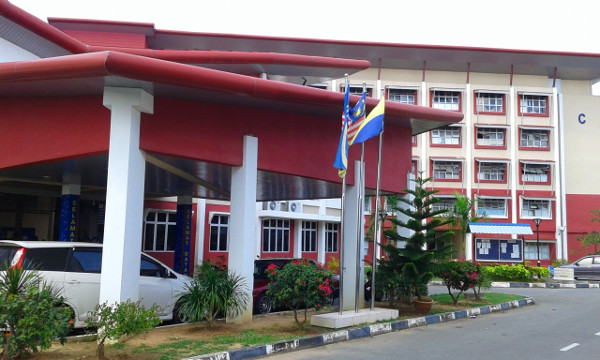 After proposing the event to the Centre for International Languages, we had the green light to go ahead. With the help of colleagues, we scheduled the Tabletop Games Expo at UniMAP to be held last Friday. 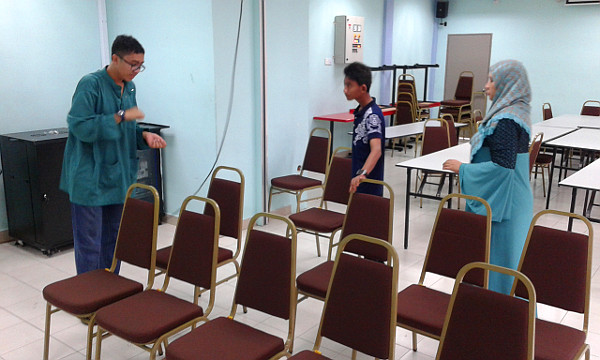 Ain, Irfan and Faezan helped to organise the seminar room before the KakiTabletop crew arrived 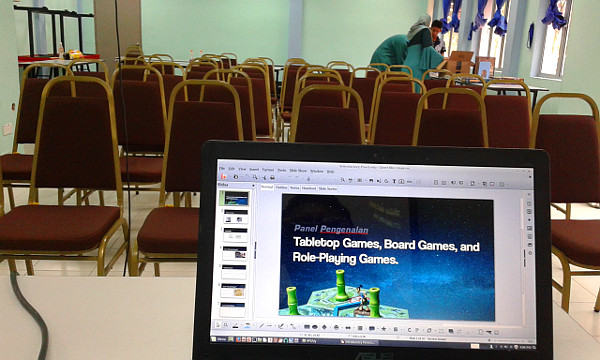 Meanwhile, I prepped the laptop, projector and the presentation slides 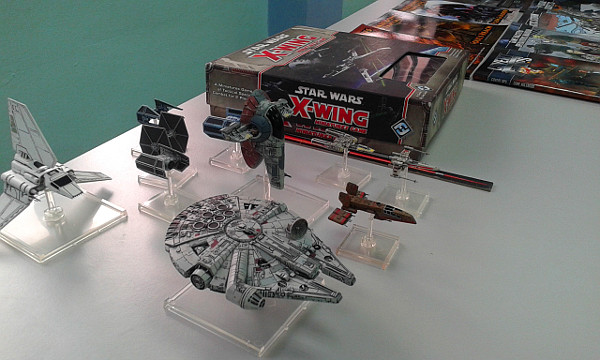 We also arrayed the exhibits on the table, like these Star Wars X-Wing Miniature Game pieces 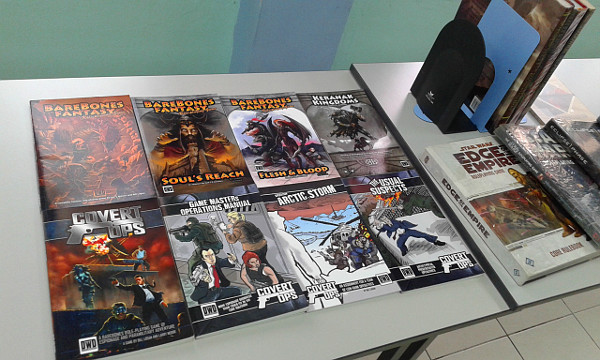 Here are my complementary copies of BareBones Fantasy and Covert Ops, both RPGs published in a digest-format by DWD Studios. 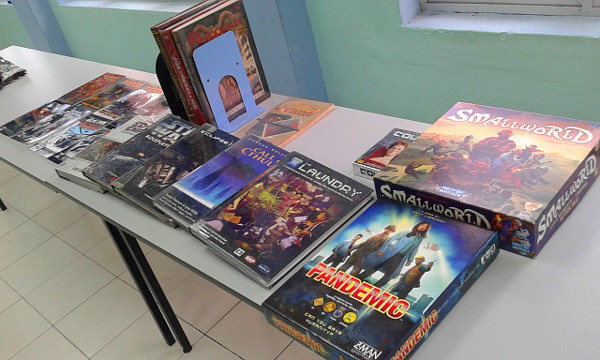 A range of RPG books and boardgames I brought. Not much, but regular blog readers might recognise a number of them 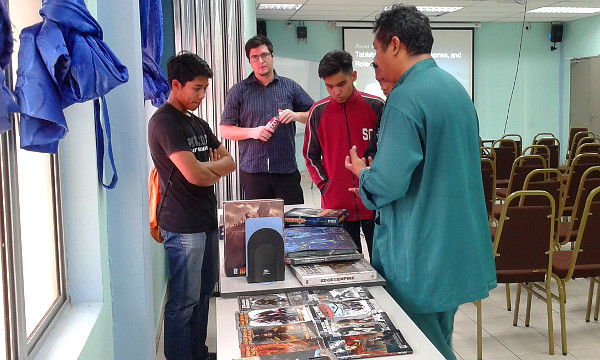 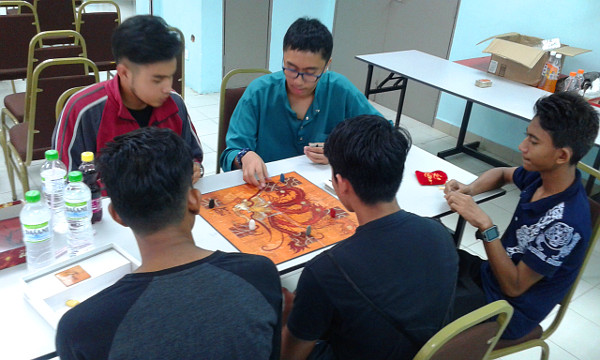 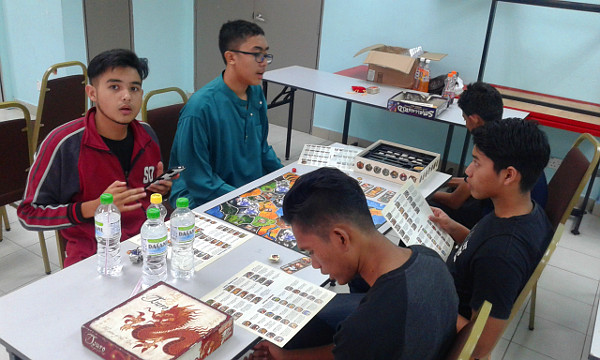 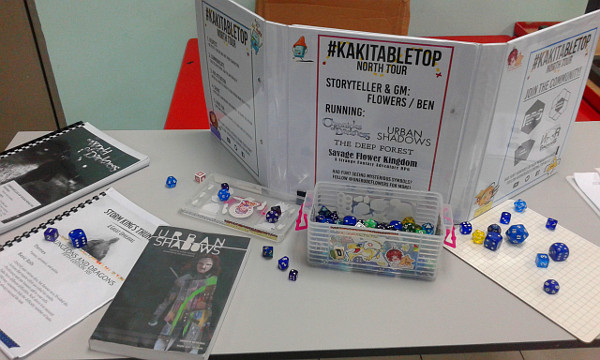 Tabletop RPG gear including World of Darkness, Urban Shadows and Robertson Sondoh Jr’s Savage Flower Kingdom. I had both English and Bahasa Melayu copies of SFW across the room. (But no photos of them.) 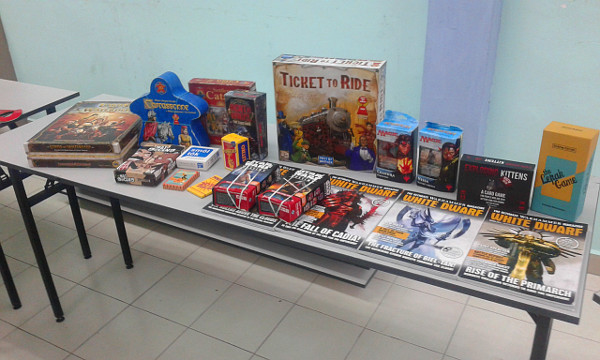 A varied selection of tabletop games including Carcasonne, Lords of Waterdeep, Ticket to Ride, Star Wars Destiny and even Exploding Kittens 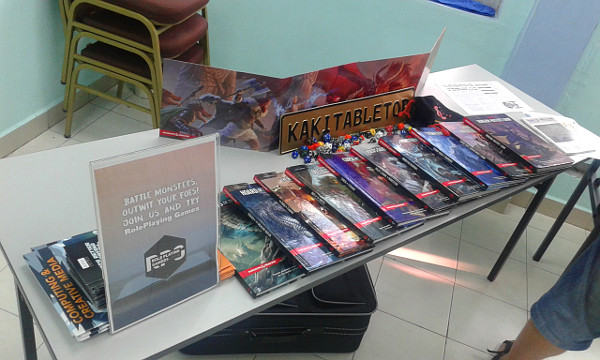 The (great?) granddaddy of all RPGs, Dungeons and Dragons. The fifth edition. When people think of RPGs, D&D is the first thing that usually comes to mind. 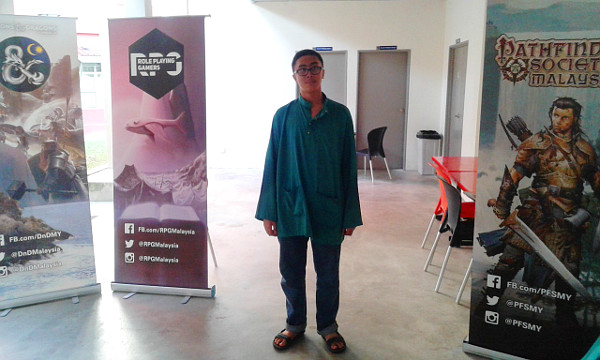 Irfan poses with the buntings outside Seminar Room 1 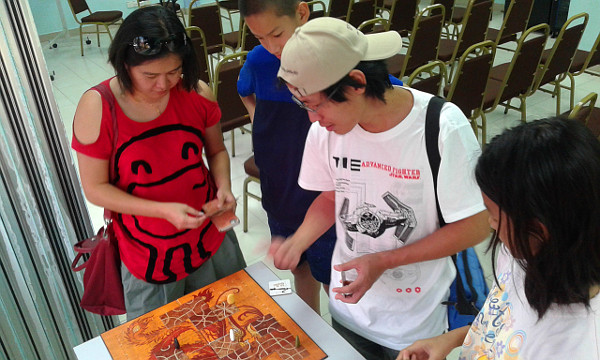 A family from Alor Setar came for the exhibition and stayed for the talk. The daughter won the Tsuro game! 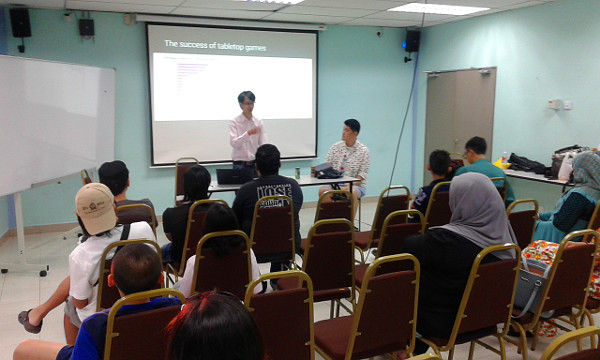 Gray began his talk about the rise of modern tabletop gaming and explained the genres involved, among other things taking into account games that have Malaysian and South East Asian settings imbued with local culture and sensibilities. With many benefits in terms of creativity, critical thinking and language associated with playing these games, I hope to someday establish a Tabletop Game Club at UniMAP… 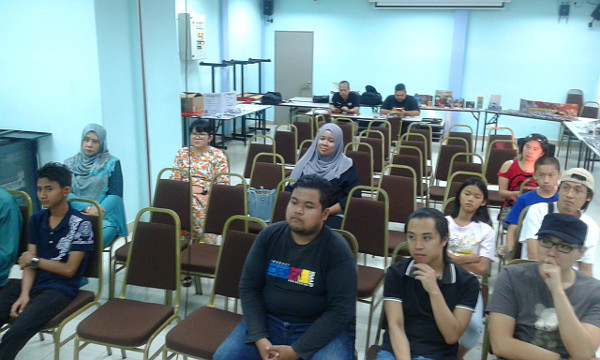 Many thanks to the attendees for coming. However there were not enough visitors for me to run an RPG demo effectively at this point. My poor unused pre-generated character sheets! 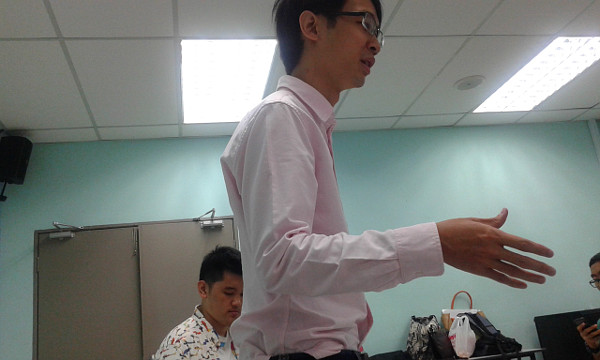 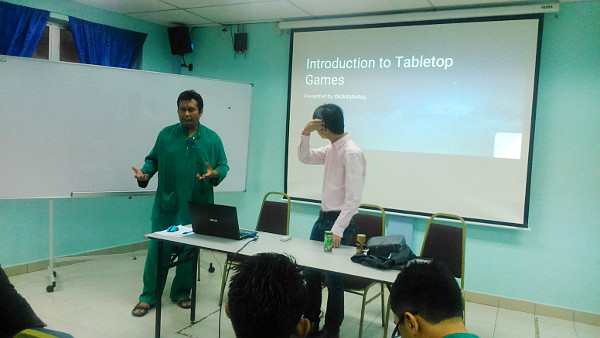 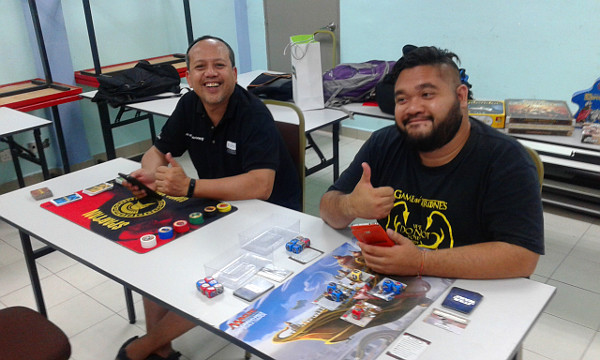 Meanwhile, Rez and Nik eagerly await to demonstrate the games they brought 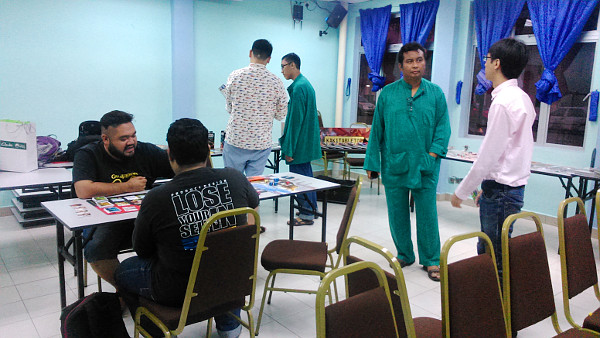 After Gray’s talk, the demos began, as did conversation about tabletop gaming in general 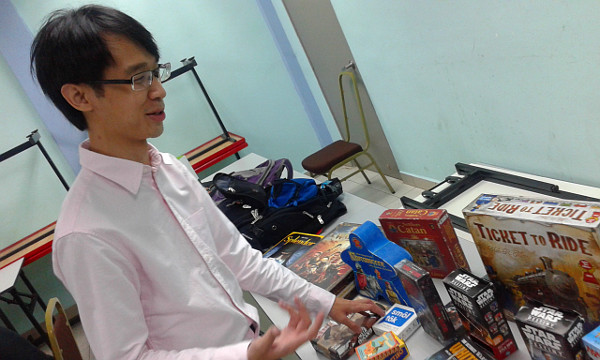 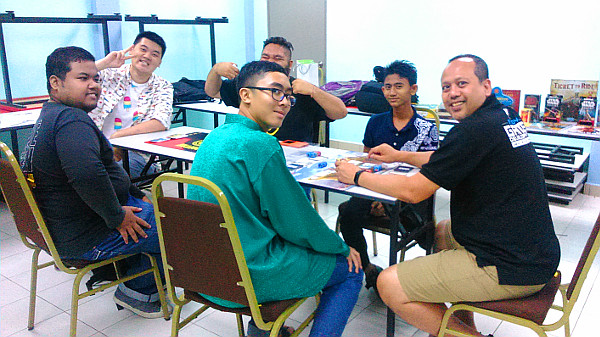 The main games demo table. Well, the only demo table. Irfan and Faezan was taught by Rez to play Star Wars Destiny 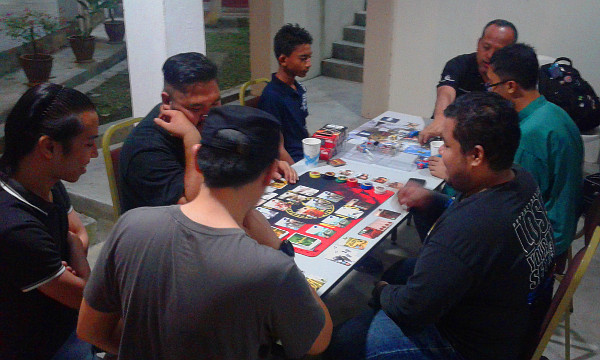 After our allotted time at the seminar room was over, we carried out a couple of tables to the corridors outside where the game demos continued into the night

Thus ended the inaugural Tabletop Game Expo. I was prepared to run a Star Wars RPG demo and had printed out more pre-generated character sheets than is normally required to fill out a table. But as previously mentioned, there was not enough visitors to form our own table.

Perhaps, next time. I am certain this will not be the last time I will co-organise a tabletop gaming exhibition. There is much to do in terms of translating interest in tabletop gaming into loquacious students with refined creative, critical thinking and social skills.

If all goes to plan, KakiTabletop will be back during the next Orientation Week at UniMAP!