Rogue One, the first of the Star Wars anthology movies, will be released in six months. New stormtrooper types which will make their debut in the film have been introduced by Lucasfilm a couple of weeks ago. 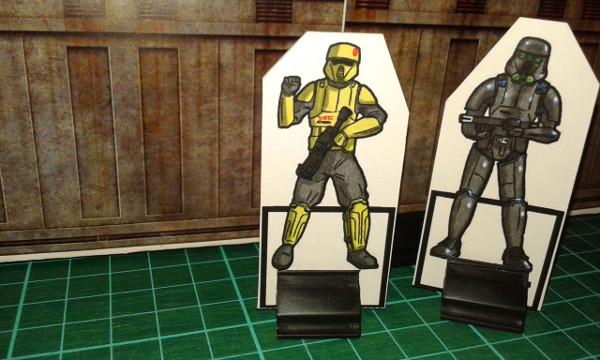 New types of stormtrooper classes for the Imperial Stormtrooper Corps

We have no idea what the functions of these new stormtroopers are right now. If I were to guess, the shoretroopers are made of clones of Pauly Shore and the death troopers die immediately after wearing the uniform. 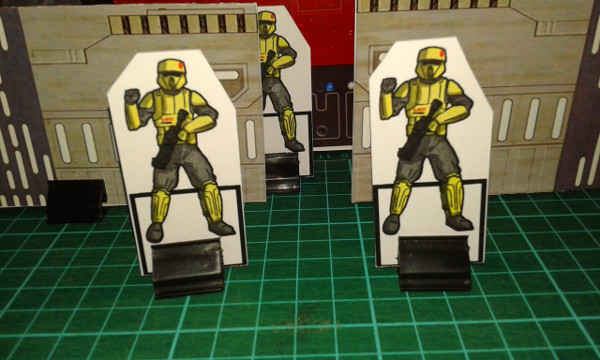 In any case, I made a single sheet of paper miniatures to be used with the Star Wars RPG. Six shoretroopers and six death troopers to be used against any rebel scum in your campaign. 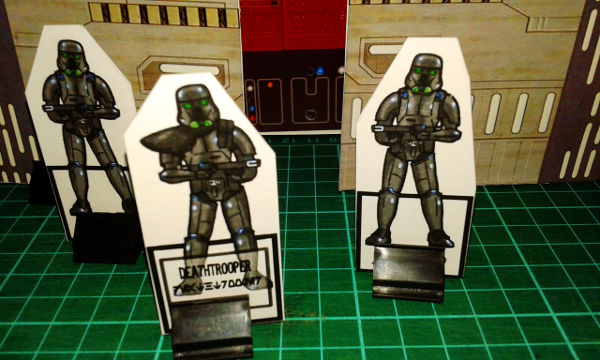 Not to be confused with the novel by Joe Schreiber