“Stay afraid, but do it anyway. What’s important is the action. You don’t have to wait to be confident. Just do it, and eventually the confidence will follow.”

I did not think it would, but it did hit me harder than I ever thought it could. Because I am unsure why because I did not believe she affected me much as a child despite my being a Star Wars fan. For me it was always about the universe first. The characters, who had their own great story in that universe, came second.

So what did she imprint onto me at that pubescent age when I first saw Star Wars? It was probably something like this: if there was an older girl playing on the playground, I would want her to be like Princess Leia. If the boys run out of ideas, grab a gun and blast a hole in the wall. If I had an older sister, I would definitely want her to be like Princess Leia. So, unlike a lot of stories from many fans I had read, I never fell in love with Princess Leia, nor Carrie Fisher.

But I had a younger sister. And I believe subconsciously, I pushed her into becoming someone who I would love to play with on the playground. If assholes talk you down, look them in the eye in defiance.

I think – I believe – my sister Sila did grow up to be like this idealised version of her which I had in my mind.

It was only fairly recent that I learnt that the Carrie Fisher herself was as feisty as her character Princess Leia. I marvelled at her acerbic wit and sharp tongue during interviews. I discovered how opened was about being bipolar. If anything, I wish I had been paying attention to her when I needed it. I think if I did I would have bounced back from the edge quicker.

Thanks, Carrie Fisher, for being an inspiration on many a level. Rewatching the films will never be quite the same from today. 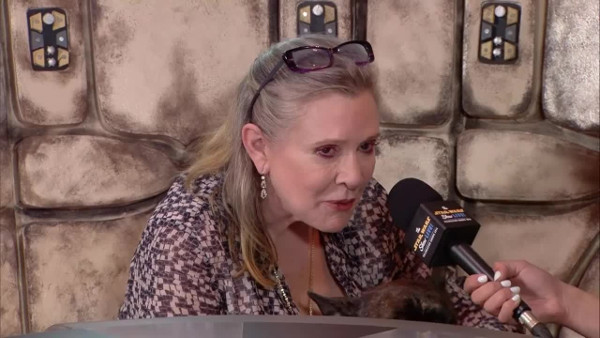