The last seven days have been a great experience. 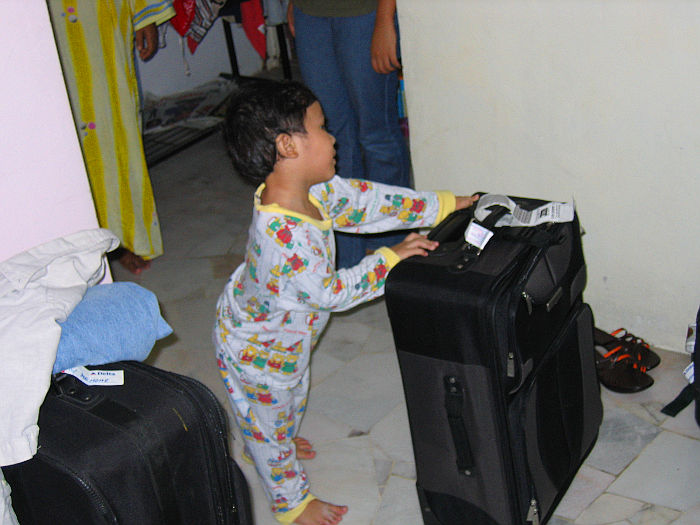 Sila and Vin were in Kuala Lumpur manoeuvring through some red tape and purchasing wedding items. Both were of course ably aided by Irfan, his Aunt Emma, Ain and I. We were like a squad of soldiers moving through military manoeuvres timing each other, splitting up at some points to cover more ground.

Thus we were kept busy and on our toes at all times.

Well, he’s mostly in the entertainment department, cracking us up with his antics, including Vin. We tried to teach him to call him Ayah Cik to no avail for quite a few days. But he did like to lie down beside him with his balloon, and spend some time in the pool with him. 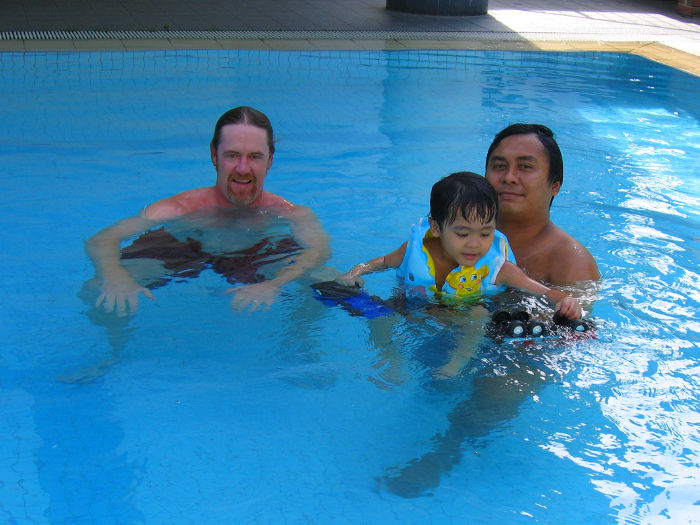 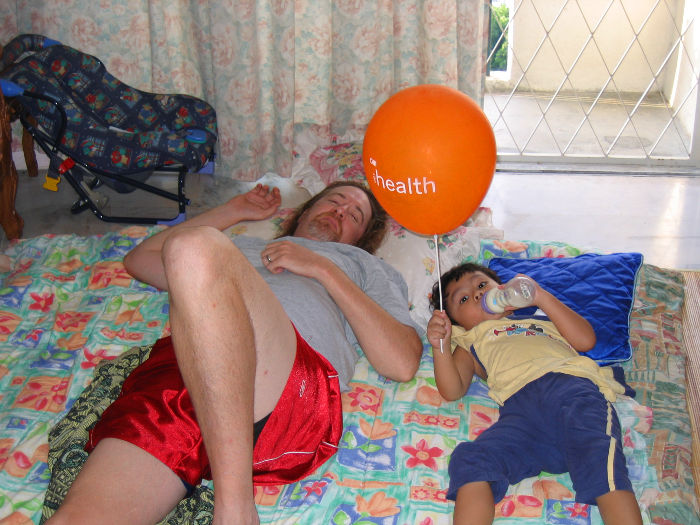 Saturday afternoon the whole bunch of us, excluding Sila went to MPH Mid Valley Megamall. We met our own Malaysian Darth “Abdul” Vader (among other costumed Star Wars personnel there from MySciFiFan). Darth was shocked that Vin was about a foot taller than him. Pictures will be posted when we get them.

Monday, Ain took the day off to help Sila and Vin shop for stuff, which took the entire day and was an adventure in itself. We parked at Central Market where Sila was supposed to pick up her Marriage Course Certificate. Of course in the best traditions of Malaysian bureaucracy, the certificate wasn’t done yet. We proceeded to buy songket for Vin from a store, that had a storekeeper that was a biker and was good friends with the Hell’s Angels in the US, we discovered; and he referred to Vin as the Undertaker. Ain’s bargain skill of several dices plus the bonus because of her knowing the storekeeper’s native dialect perhaps got the price reduced considerably. And the nice man even gave Vin an extra foldable songkok as a wedding present.

So next we walked on over to Masjid Jamek and then to Jalan Masjid India where more stuff were bought and the rain fell.

Did the Car Behave?

Most of the time we were in Kuala Lumpur it served it well.. except the time we were looking for PERKIM. The engine temperature red-lined and Vin, Irfan and I had to put ‘er down by Istana Budaya of all places where we had to wait for the engine to cool before I could refill the radiator with water. On the bright side, we found a small restaurant by the Istana Budaya that made fantastic teh ais, which Vin loved.