So on Tuesday Vin had to be at PERKIM for a crash course at 10 am. At the same time, Sila’s Marriage Course cert has to be retrieved. With Ain at work, we sent Irfan to day care at his Opah Cik Timah’s. The remaining members of the squad split up. I drove Vin & Sila to PERKIM while Emma went to get the certificate. At PERKIM, we met Arab-born, Indian educated Brother Sayid, whom Sila & I thought would have made a better Islamic studies teacher than most of the ustaz we had in secondary school, and especially boarding school. 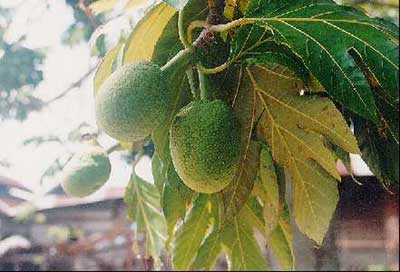 Ain & I were considering the idea of me driving Vin & Sila back to Sitiawan Tuesday afternoon to help with the transporting of their bags, which would be inconvenient for them to bring back on a bus. So, we decided that I should drive both of them back after all our work is done.

So after retrieving Irfan, I felt a pang of sadness leaving him at home with Emma as I closed the door on him. At 3.30 pm, the traffic was fantastic. Nothing impeded our journey from Pandan Indah, via Batu Caves, Sungai Buloh, Kuala Selangor, Tanjong Karang, and the rest of the small towns that peppered the coastal Selangor road towards Sitiawan. We talked about the evil that is the traffic of KL, we talked of Quechua, we talked of quipus, we saw a fruit that neither Sila and I knew its name (which turned out to be a sukun).

After a successful delivery, the next morning I went for a haircut near the Padang Astaka before beginning the long drive back at 9.40 am. Again it was a wonderful drive along the coastal road. (Lots of sukun trees by the side of the road.) Before I knew it I was having lunch at home with Ain, Irfan and Emma.

By 3.00 pm we were prepared to leave Kuala Lumpur. But then we discovered that Ain’s parents, arriving in KL from Pasir Mas, had missed a turn and ended up in Kampung Baru, on their way to Ain’s eldest sister’s house in Puchong. 3.00 pm on a working day would mean no one would be able to retrieve them. Except for the Hisham squad, of course. No chance in hell anyone could give directions to people unfamiliar with the greater KL area, how to get from Kampung Baru in the inner city to Puchong at the south-eastern edge of the city.

So with luggage in the trunk, we went to retrieve the parents-in-law at Kampung Baru and led them in a traffic jam-encrusted journey through Kuala Lumpur to get to Jalan Sungai Besi, Bukit Jalil, and finally Puchong. It was fortunate that we hadn’t left Kuala Lumpur yet, or they would have needed to wait until after sundown for Ain’s brother-in-law to finish work and come get them. By the time we were ready to go again, it was 6.00 pm.

On a working day.

Long story short, it took us almost two hours to get past Sungai Buloh.

I was thankful of two things: Irfan was asleep most of the time, and the car didn’t bail out on us once. And that ends story of the two journeys to Sitiawan, before the wedding.