I has some time to spare one morning and thought I’d draw one of the old classic Hanna-Barbera cartoons. I was then torn between two characters: Space Ghost or Tundro of the Herculoids. Ultimately I thought I’d give Space Ghost a try.

Using brush and ink, I tried giving Space Ghost a dramatic central shadow. The illustration was scanned and coloured digitally using GIMP. Finally, the colour layer was run through GIMP’s Ziptone filter to give it a comic book feel. 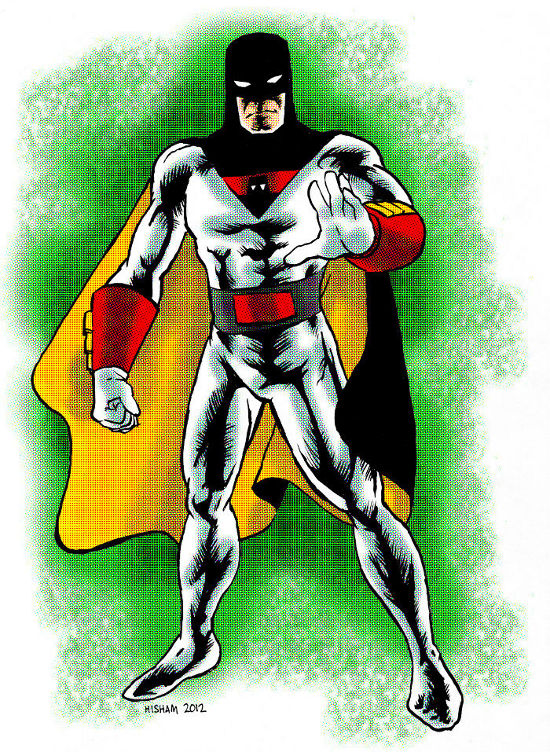