Once upon a time I had a couple of Star Trek RPG books published by FASA. They were both destroyed by termites. They were the Federation Sourcebook I got from The Mind Shop maybe 25 years ago, and the Star Trek The Next Generation First Season Sourcebook. Since then, the Star Trek RPG licence had moved on from FASA to Last Unicorn Games to Decipher and currently it is with Modiphius.

Earlier, the core rulebook for Star Trek Adventures arrived by mail, presumably because their transporters were malfunctioning. 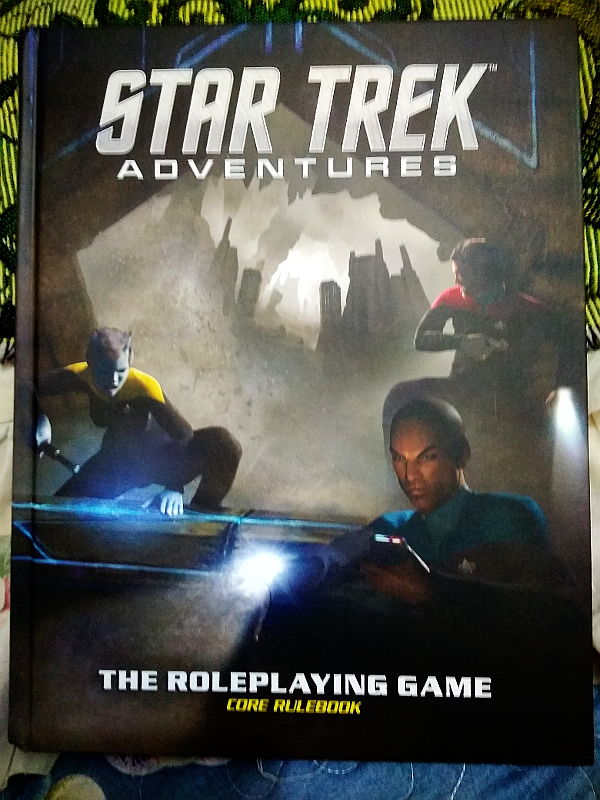 The book is fully painted. Like the Expanse RPG, there is not one frame from any of the live action media. No complaints from me because the artwork is well-illustrated throughout the book. 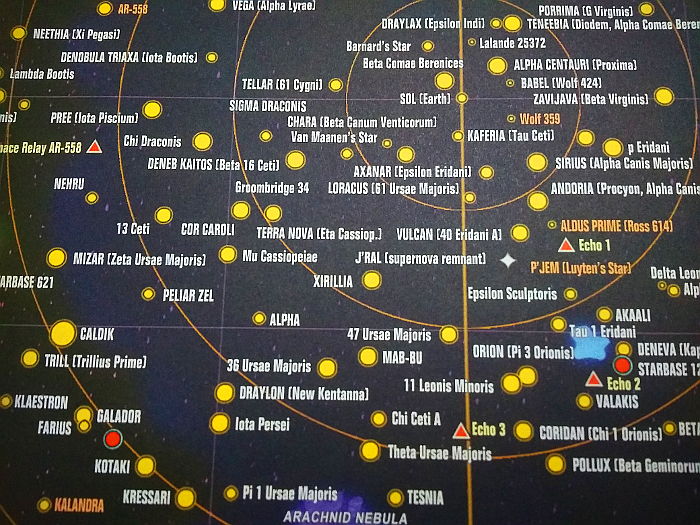 The inner covers, first and final page of the book is a four-page map of the Alpha and the Beta quadrant. The image above shows only a small part of it in the vicinity of Earth. The map covers the Klingon and Romulan Empires and their respective neutral zones, the Cardassian Union, the Breen, the Ferengi Alliance (who’d want an alliance with the Ferengi, I always wondered) and the Tzenkethi Coalition. Who knew Galorndon Core was so close to Algeron. 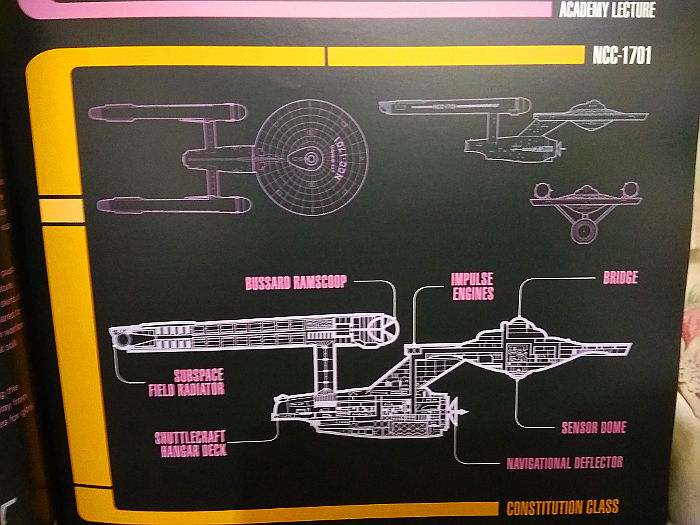 The entire book is designed like a TNG-era LCARS display created by Mike Okuda and his art department back in the day. The colours and designs blur the line between in-universe text and graphics, and out-of-universe chapter stops, section headers and such. Even so, the book is highly readable because of its clean fonts. The black background pages tend to pick up oily fingerprints quickly though. 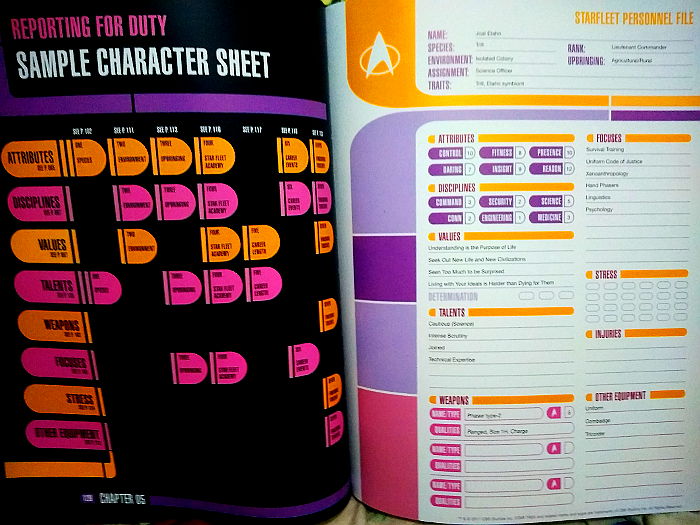 The system is Modiphius’ 2d20 system which is also used by the Mutant Chronicles RPG, Infinity RPG and the John Carter Warlord of Mars RPG. There is a Lifepath character creation system that allows you to create your own Star Trek Starfleet officer player character, creating not just the character, stats, Talents, etc. but their entire backstory.

In Star Trek Adventures, you roll two twenty-sided dice (2d20) against a Target Number to succeed in your Task. The Target Number is your combined Attribute + Disciplines score. Sometimes you roll more than 2d20 if you spend your group’s Momentum pool or willingly contribute to the Threat pool or spend one of your character’s Determination points. You may not roll more than 5d20.

Here’s where it gets interesting: any excess Successes becomes Momentum and goes into the Momentum pool. Players can use Momentum to gain bonuses, such as adding extra d20 to their 2d20 dice pool. Momentum depletes at one point per round.

Besides the d20, the d6 is used as Damage dice, where physical trauma is inflicted onto characters in combat… or if they fell into an empty turbolift shaft like Dr. Pulaski in another universe. 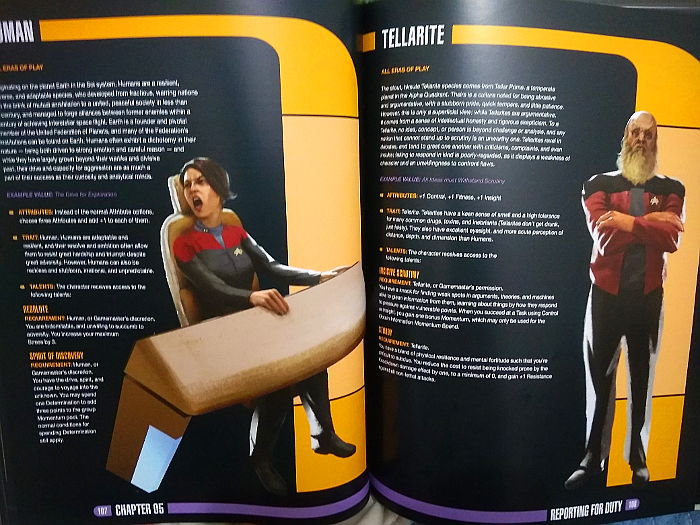 Playable species include Andorian, Bajoran, Betazoid, Denobulan, Human, Tellarite, Trill and Vulcan. Looks like I have to wait a while to create my dream team of non-humanoid Starfleet officers made up of Horta, Excalbian, Sheliak, Tholian and Organian crew members. 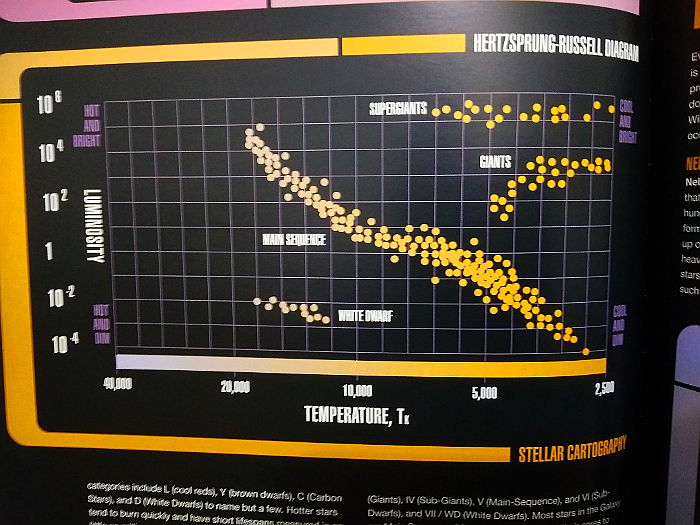 Everyone needs a Hertzsprung-Russell diagram on hand for a quick reference. 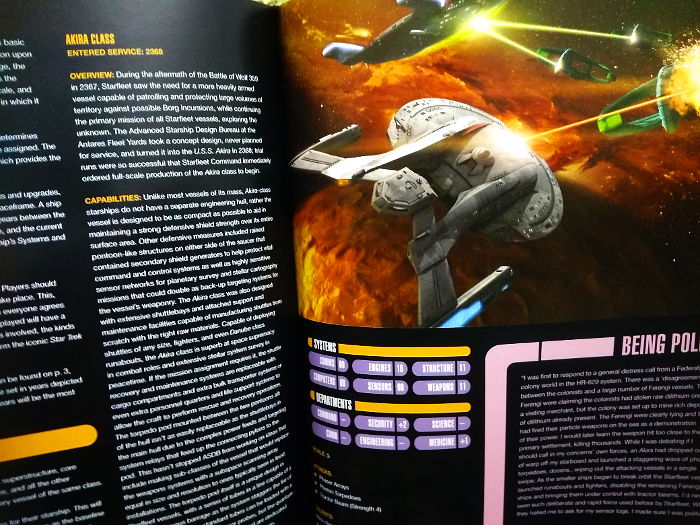 Stats for Starfleet ship classes available are the Akira, Constellation, Constitution, Defiant, Excelsior, Galaxy, Intrepid, Miranda and the Nova classes. There is a basic set of stats for starship spaceframes, which is the basic abilities of each starship class. Each class has six Systems, which are Comms, Computers, Engines, Sensors, Structure and Weapons, and six Departments which are naturally Command, Conn, Security, Engineering, Science and Medicine. Ships can also aid characters’ Task rolls with these stats.

The stats are modified by the individual ship’s mission profile. Therefore, not all starship classes will have the same stats. For example, a Galaxy-class starship fitted for Scientific and Survey Operations would have different bonuses to their Department stats from one fitted for Tactical Operations.

Ships can also have Talents, such as Extensive Shuttle Bays, Improved Warp Drive and Rugged Design.  Each would give extra abilities to starships. 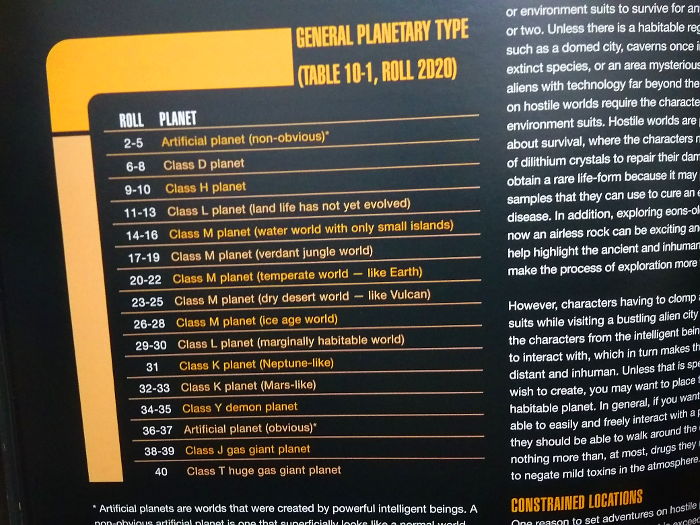 There are a whole lot more to talk about with regards to the system, the extremely well written background and setting text, and a scenario entitled Rescue on Xerxes IV.

There’s even a section on Treknobabble which allows GMs and players to assign Traits to the pseudo-scientific made-up terms, allowing bonuses and penalties to dice rolls depending on the situation.

Maybe someday I will be able to run that campaign I have planned for decades that explains early phaser disintegration effects on their targets. They just glow and disappear. Mass to energy conversion do not work that way. Where did the bodies go?

WHAT ACTUALLY ARE PHASERS?

I will read some more on the off chance I stumble across a gaming group who wants me to run Star Trek Adventures.