Something which I have never talked about in the last four years or so is my love for The Expanse novels by James S.A. Corey which I first read even before I left the city. Afterwards, the novels were adapted into a television series.

From the articles I read, The Expanse also used to be a play-by-post (PbP) role-playing game (RPG) setting which was played using the d20 Modern rules back in the day by one of the two authors that make up James S.A. Corey. They have come to a full circle, as it were, and the setting has been converted into an official RPG product by Green Ronin, using their AGE System. 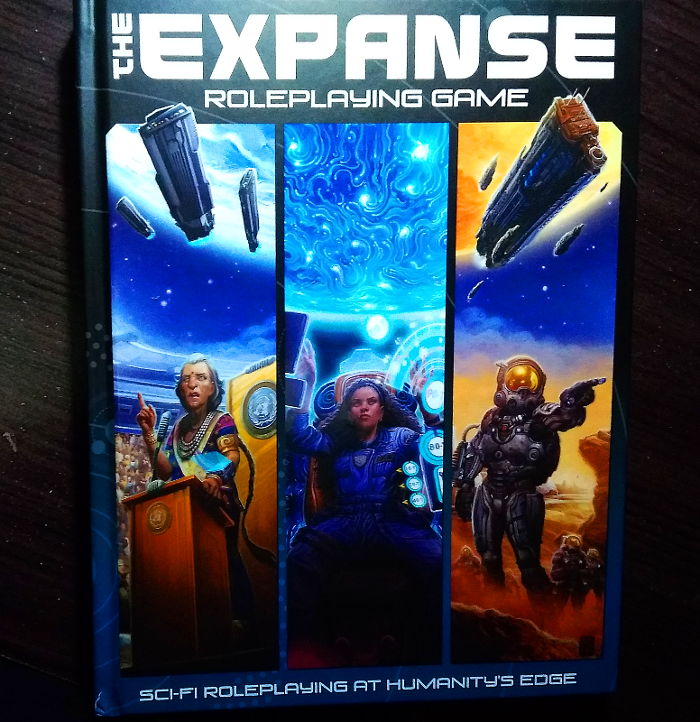 The rulebook arrived from Book Depository yesterday. It is gorgeous. The book allows gamemasters (GMs) and players to run a game set between the first novel (Leviathan’s Wake) and the second (Caliban’s War) in the 23rd century. Epstein drives now allow ships to burn all at high-g delta-v opening up the entire solar system to humanity – although the drives are still too slow to reach the stars. 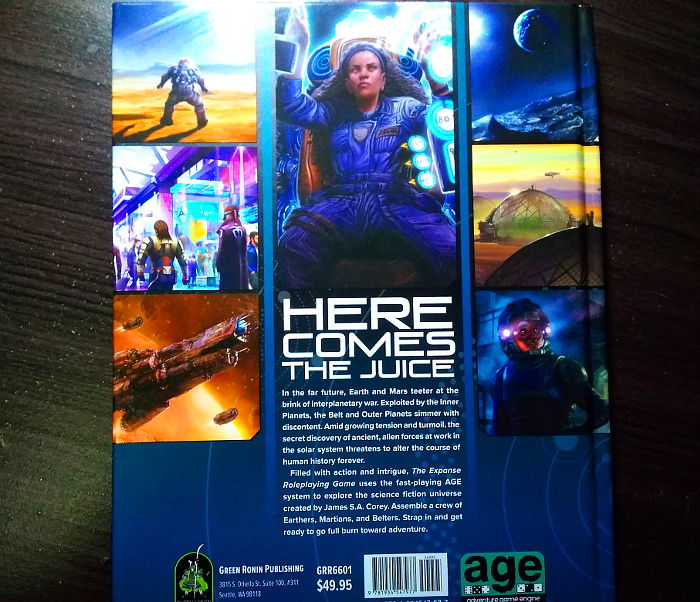 The solar system is an uneasy quiet between the United Nations of Earth, the Martian Congressional Republic and the loosely-knitted Outer Planets Alliance. Between them, corporations elbow each other for a piece of the pie, in mining, manufacturing and military contracts. The discovery of the alien Protomolecule has shifted the balance of power in the solar system. Will humans be able to learn from the Protomolecule, or will they destroy themselves with it? 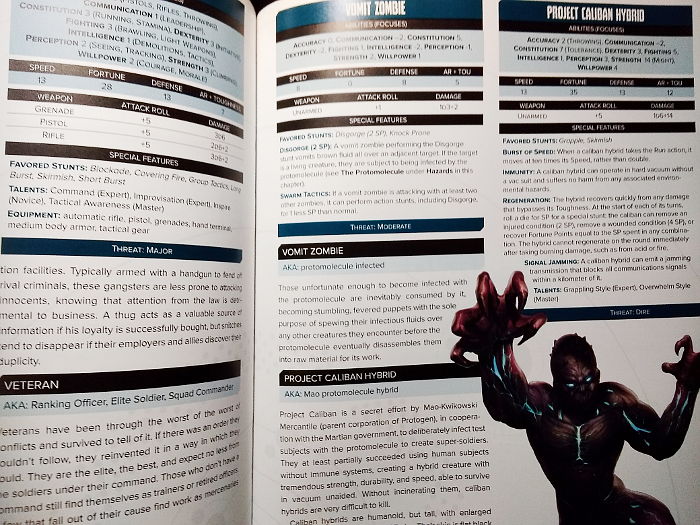 Players take the role the citizens from these three factions, working together to make a living one way or another across the solar system aboard a ship. What adventures will the player characters discover as they ply their trade between the Inner System and the Outer System? What effects would corporations and governments have on their work? How does the discovery of the Protomolecule and the race to develop it change the lives of everyone in the solar system? 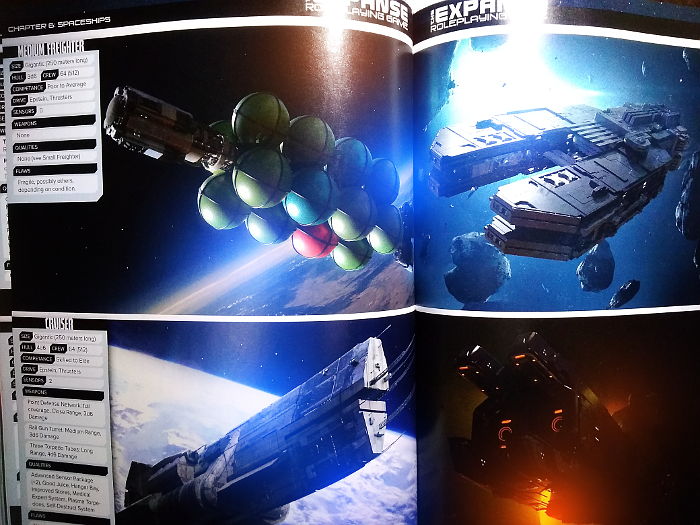 I have never played a game using the AGE system before.

Players or GMs roll 3d6, added to an Ability Score with an additional +2 if you have a Focus on the Ability. Roll the dice, add them up and beat the target number to determine success or failure.

Out of the three six-sided dice (3d6), one has to be of a different colour. This is the Drama Dice. Upon success of a dice roll, you will receive the same number of Stunt Points equal to the value of the the Drama Dice. Stunt Points allow you to do some additional more spectacular actions. 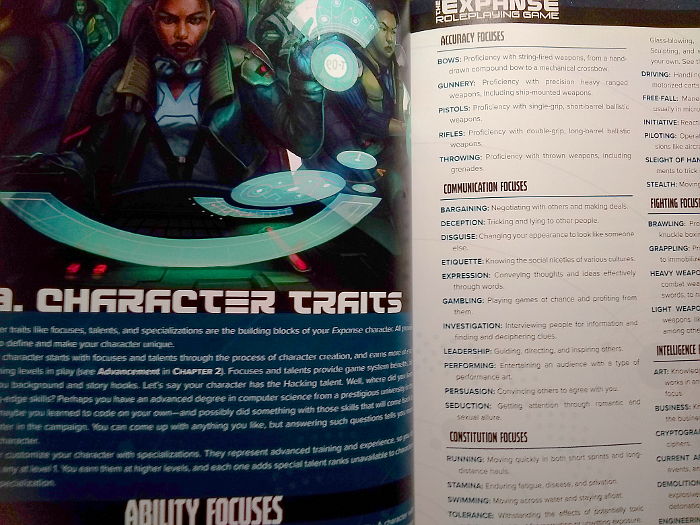 The Expanse RPG rule book does not display images from the TV series, but the images commissioned for it are spectacular enough. Will the players be the crew of a small heavily-armed frigate disguised as a gas hauler like the Rocinante? Will the players be a military task force sent by one of the governments to complete a mission? Will the players be entrepreneurs caught up in high-level governmental skulduggery? Would they be embroiled in the struggle to develop the Protomolecule? 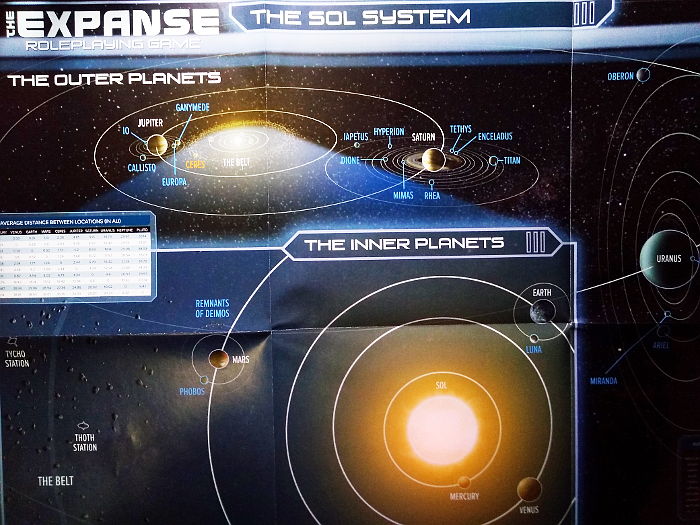 The lay of the land

When I have players for this game, I wonder where I they should begin their adventures in The Expanse? And where would their first mid-point flip and burn be?