Previously, on “The Outbreak Aidilfitri”…

It has been 12 lunar months since the last Hari Raya and now Eid has returned, just in time for another nationwide lockdown. So that means we are unable to balik kampung again during the festive season. We had actually planned to spend Eid at a hotel but I decided against it for safety’s sake.

For both days of Eid, we went for drives all around the state, staying away from crowds and other humans in generals.

On the First Day of Hari Raya, we went to nearby locations taking family photos. We stopped near Irfan’s history teacher’s house because of the greening bendang padi there. The riceplants were starting to sprout at their tapak semaian turning their nursery plots green after a month or so of being mud brown.

We also went to the Grape Farm at Sungai Batu Pahat. But we were pleasantly surprised when we visited the Bukit Jerneh picnic site. There was a campsite set up where visitors can rent tents for the night, right before the stream. The owners were cleaning up the site after a month of disuse because of Ramadan.

I think when the Movement Control Order has been rescinded, we will rent a tent for an overnight stay here.

That evening we had a Skype call with Adik and family. Which Adik you ask? Yes, is the answer. They showed us Yaya’s Mother’s Day card and Adik the Younger’s Arabic calligraphy work.

Ayah Cik Vin is out of the camera’s field-of-view.

Bye everyone! Now Rafiq is out of the camera’s field-of-view

On the Second Day of Hari Raya, we drove from Mata Ayer to Kok Klang and cut across towards the Pauh Putra-Padang Besar road; a.k.a. the Chuping Sugarcane Plantation road. The plantation is no more, by the way.

Because of the favourable weather and beautiful open countryside, there were (I counted) 12 cars at least that pulled over by the roadside. People were taking their Hari Raya pictures throughout the road. We also stopped to take some photos.

One thing I had missed with Irfan being stuck at his Polytechnic was our jibes, jokes and laughters as we drove as a family. I have mentioned before that I think as a family we are at home in a car more than an actual house, for reasons.

Here are the photos of our outdoor forays during the two days. 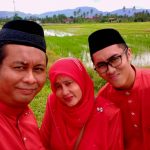 The bendang padi are starting to green all over the state 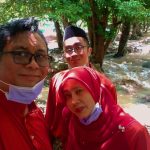 Then we headed for Bukit Jerneh 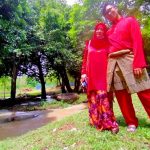 The stream here is picturesque 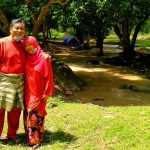 We stayed away from people because you know, pandemic 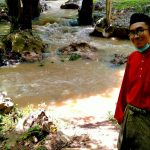 This was right in front of a campsite at Bukit Jerneh 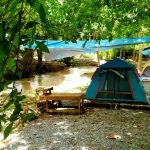 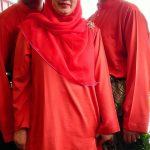 The Home Team at home 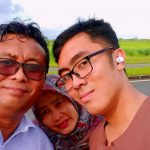 On the Second Day, we drove to the Chuping road 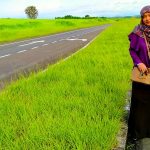 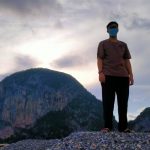 Irfan is on top of the world 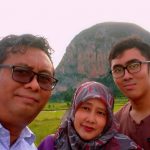 Selamat Hari Raya Aidilfitri to everyone from our family
Aidilfitri 2021
Eid Mubarak, everyone.

Will we still be facing an Outbreak Aidilfitri next year? Stay tuned to find out…

CORIOLIS RPG: THIS FEAST IS A KILLER We approach t

CORIOLIS RPG: CYCLADE'S EVE ON THE RIVER We load

I drew the heavy hitter of the Prosperous Cheetah,