The ship is a heavily modified Corellian Engineering Corps YV-545 light freighter and this is how it turned out after about 90 minutes of work: 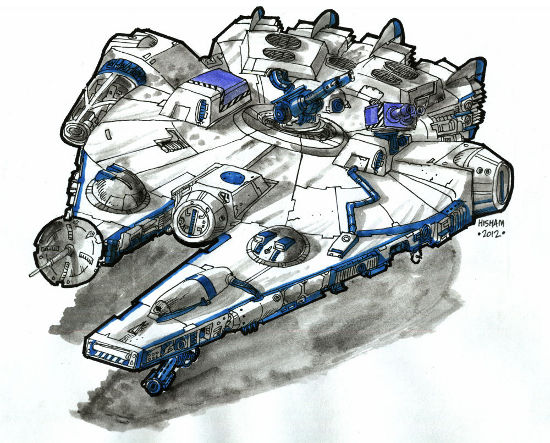 Here’s the original request thread and here’s the final image on SWAG.