Here is the final interior artwork for the scenes in Azamar: The Paradise Fragment RPG supplement. Instead of including it with the group of artwork in the previous post, I shall describe how the illustration came into being using work-in-progress photos.

First, pencils are made for the half-page sized illustration. Something stalks the characters as one of them pushes open the strange stone door from a previous picture, then a dragon swoops down. Is it attacking? Is it warning the characters of something? 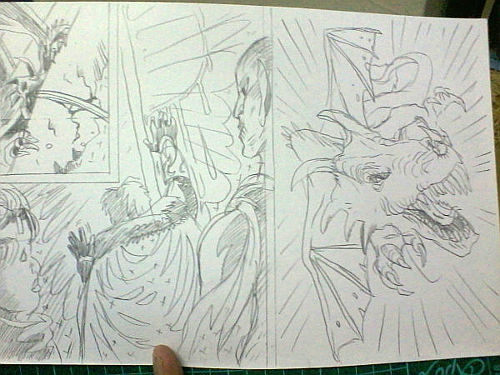 A close up on the partially inked artwork. Pencil lines are still visible with the inks – but you can’t really see it thanks to the blurred photo. 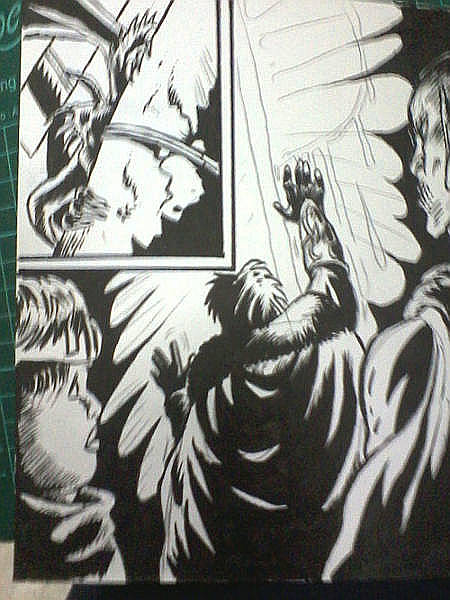 A close up on the other half of the artwork. The details on the dragons are added using brushed ink. 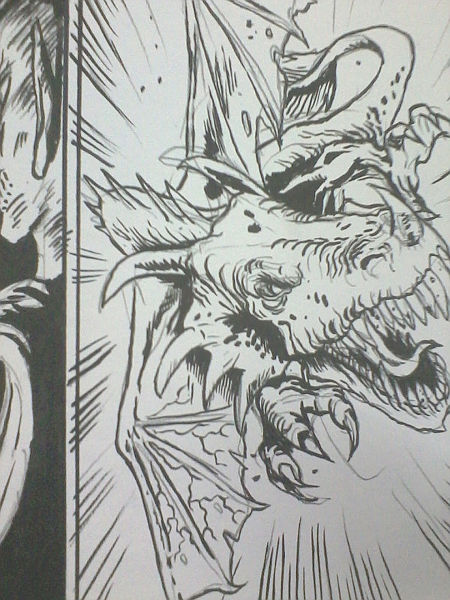 The image is scanned, then GIMP is used to add ziptone / newsprint shade effects to the final black and white illustration. 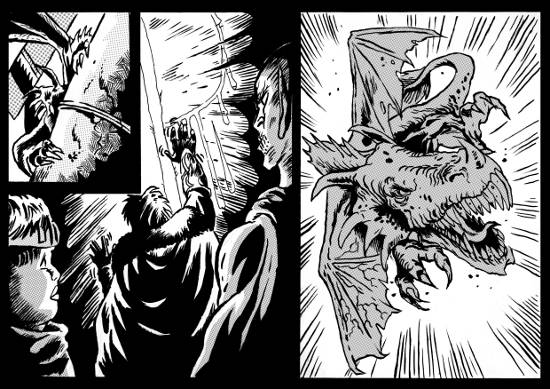