Today, we took a trip to Empire Shopping Gallery at Subang Jaya – a mall we’ve not visited before. Somewhere near the top floor of the mall was a Toys’R’Us outlet. Toys’R’Us as many of us are aware of sells toys. There are many sections in the store which I usually browse (but don’t normally buy at the moment). One such section is the Star Wars aisle.

There was something I discovered here that caught my eye. A fantastic Star Wars: The Clone Wars diorama using dozens of action figures, some vehicles and a fantastic environment.

It was a battle scene, with the Grand Army of the Republic laying siege to a Separatist stronghold. And the Republic’s heavy hitter was the Kuat Drive Yards A6 Juggernaut toy vehicle. Modified to have physical damages and custom-painted with carbon scoring, the Juggernaut (also known as the “Clone Turbo Tank”) made a spectacular centrepiece. 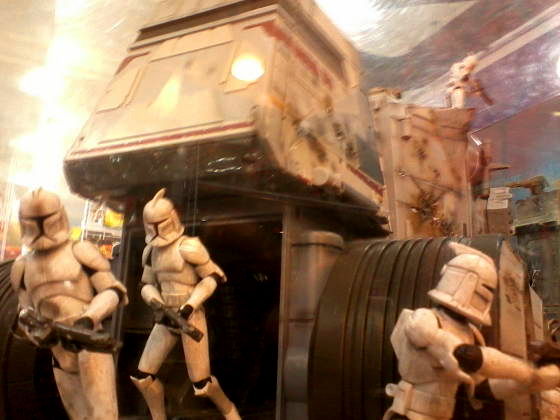 “Come on, lads! Last one out gets first taste of cookie’s gruel for supper!”

Clone troopers are deployed from the ramp of the Juggernaut and they’re mostly glad it’s not a subzero environment and fighting without thermal underwear. 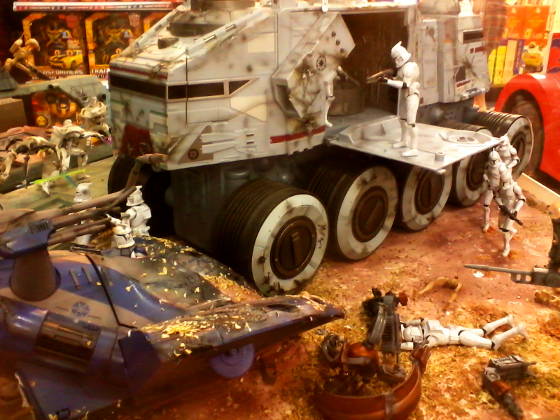 “We’ve hit this AAT, sir. Should we exchange insurance details?”

The Juggernaut driver seemed to have rear-ended an Armoured Assault Tank. The droideka laying on the ground does not seem to be having a fine day too. 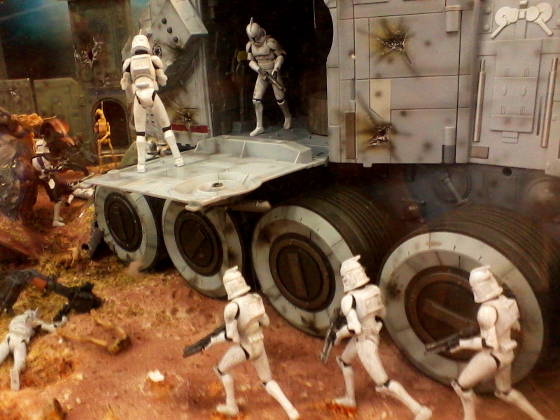 “Let’s run back and forth on this side so they think we’re doing something in this battle!”

Support troops rush to the collision end of the heavy assault vehicle, hopefully without getting shot by battle droids. 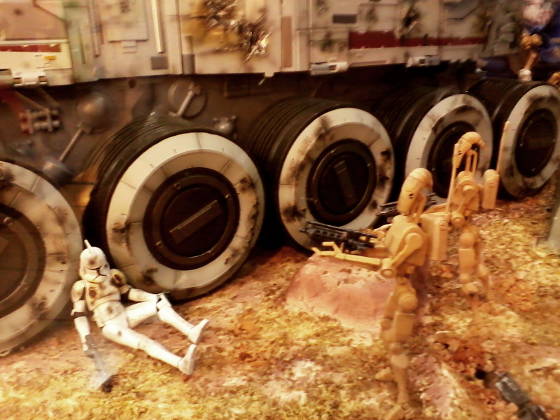 B1 Battle droids attempt to sneak toward the Juggernaut past a trooper who has perished in battle… or is he? 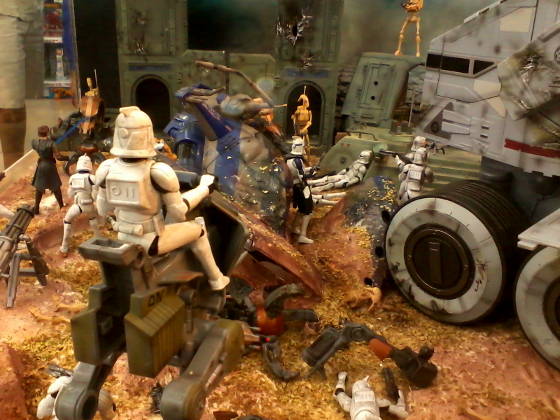 “With all this blaster fire, I wish this AT-RT had more friggin armour!”

More anti-personnel blaster fire is laid down by the clone on the All Terrain Recon Transport as Captain Rex lead his squad into the Seppie stronghold. 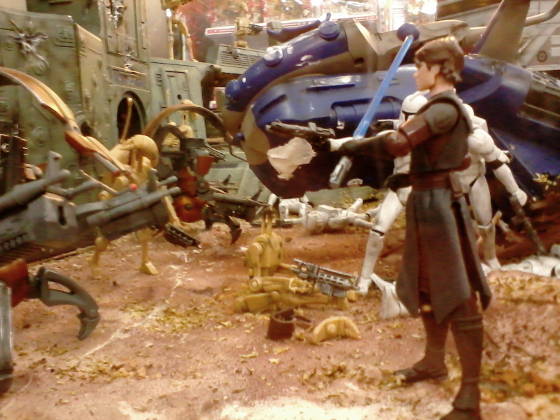 “Captain Rex! Why is this planet’s topsoil made of hamster cage litter shavings?”

I wonder if there are more dioramas like this elsewhere in town. Looks very well made and because of certain camera angles are unavailable, thanks to glare on the glass and such, I wasn’t able to get every single detail of the scene. If there are, I’ll try to snap more photos and post them here when I find them.