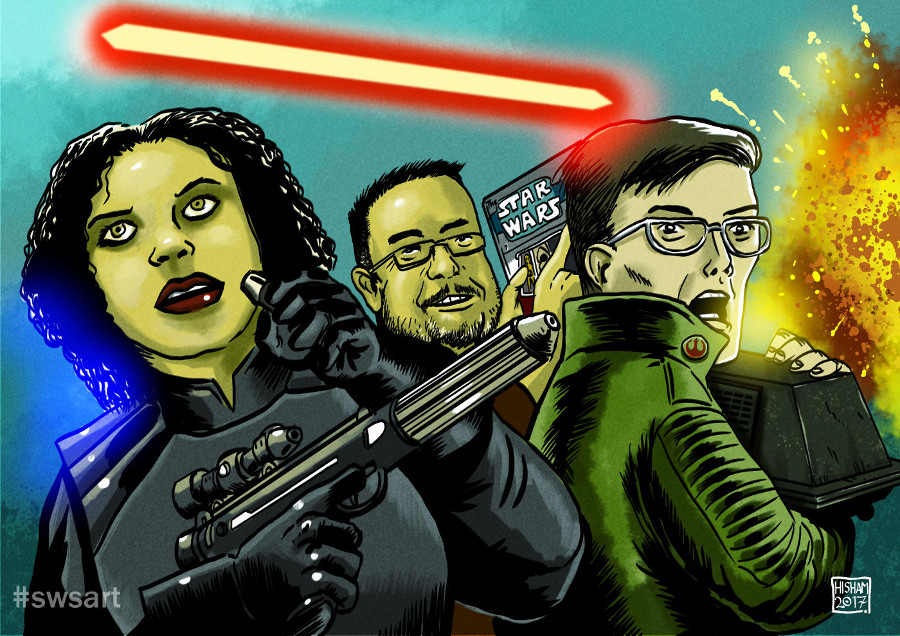 Check out the full artwork on ArtStation here. Also, click on the image above to expand it.

So here we have Andi Gutierrez in an Imperial gunner costume, Anthony Carboni in some smuggler’s outfit with CH-33Z in his arms and Pablo Hidalgo at the back with the Star Wars Sourcebook. I tweeted the image a couple of days ago (see Appendix A below) and then it was featured (for about 2 seconds) on the latest Star Wars Show on YouTube!

Here be the latest episode of the show:

Don’t forget to check out the other fan art submissions (and the rest of the episode) in the episode above. 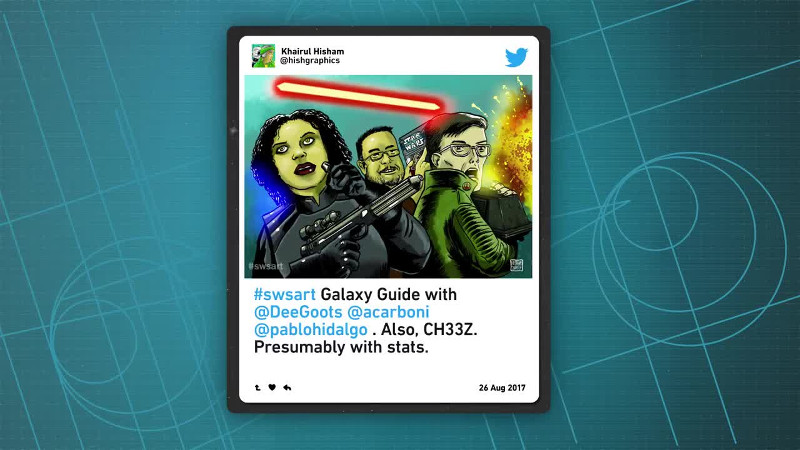 The relevant screenshot of the video. Click on the image to expand it. 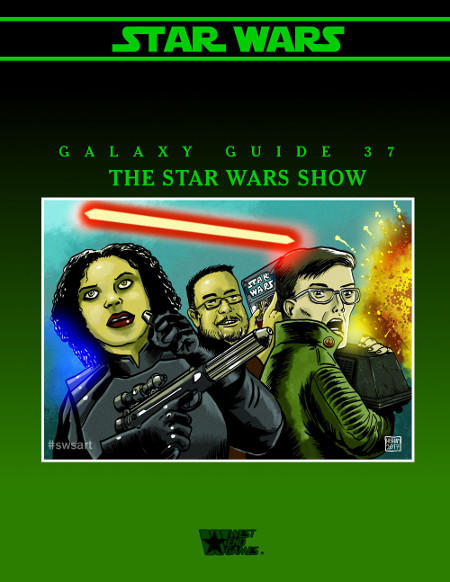 Wonder what Galaxy Guides 17-36 were…

Also in the original tweet was the illustration I drew laid out as the cover to one of West End Games’ old Galaxy Guides. This fake cover sadly did not appear in the episode.

In closing, I surmise this was as close as I would possibly get to being on Star Wars in a semi-official capacity.