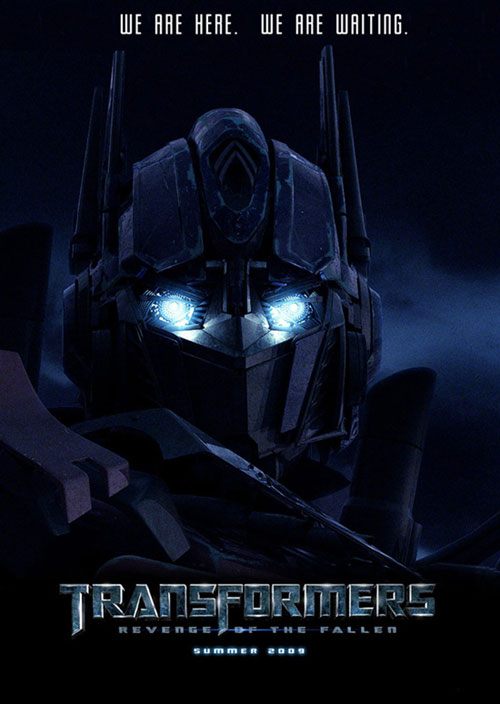 Who is the Fallen? Find out after the break

June 2009 will see the release of the sequel to 2007’s Transformers, a movie about cute and cuddly giant robots. Apparently, its full title will be Transformers: Revenge of the Fallen.

The Fallen? That’s a relatively recent addition to the Transformers mythology from 2003 Transformers: The War Within comic book from Dreamwave Productions, which takes place during the Cybertronian War a long, long time before their arrival on Earth. According to his wikipedia entry: 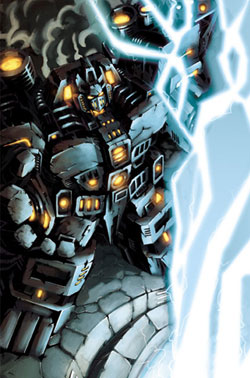 One of the original thirteen Transformers created by Primus, the robot who would become the Fallen betrayed his creator by siding with Primus’s dark twin, the malevolent planet-eater, Unicron. In the final battle between Primus and Unicron, the Fallen fell victim to the same fate as his master, sucked through a black hole into another dimension. However, while Unicron emerged into another universe, the Fallen was not so fortunate, finding himself trapped in the “underspace” between dimensions.

Obviously, the movie version’s origins will possibly be slightly different, but will we truly be exploring the metaphysical mythology of the Transformers, and not just the giant robots slapping each other silly aspect of it? Might that mean the third movie would have the Autobots and Decepticons working together to repel the onslaught of Unicron?

Other rumours which might or might not be true are the first movie appearances of Soundwave, Ravage and the Constructicons (I wish they fixed the Brawl – Devastator mix up on the 2007 movie’s DVD) on the Decepticons’ side, and Wheeljack, Sideswipe, Arcee and Jetfire; an Autobot (or perhaps Decepticon) Pretender with the humans; and the reformatting and resurrection of Megatron as an alien tank.

With more budget allocated for vfx, let’s hope we have a higher robot to human ratio involvement in the story.

The title is “Transformers”, not “Humans”, after all.