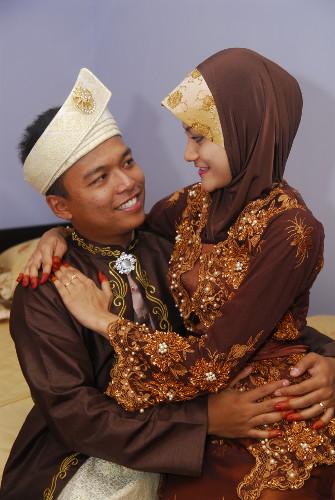 Irfan’s uncle on my side, known to him as Pak Alang gets married to Irfan’s now-Mak Alang. Atok took photographs as festivities were being held at their apartment in Putrajaya. Here are some photos from the event. 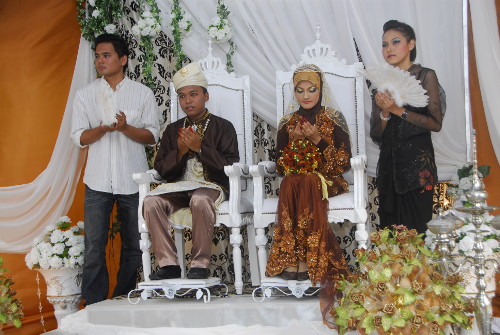 The parking area and road immediately in front of the building was turned into the pelamin area. 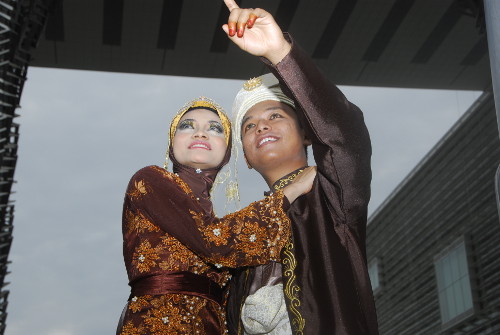 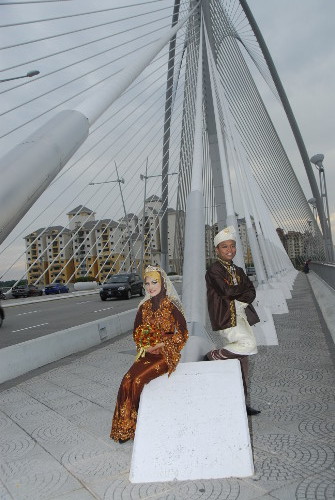 It’s not a Putrajaya wedding if you don’t take pictures in front of one of its bridges. 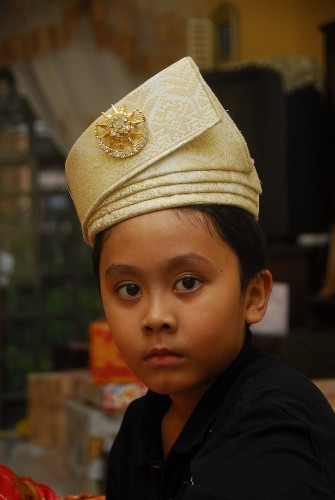 Where was Irfan all the while? Having a fever upstairs in the house, lying down in front of the TV. Later, he hijacks Pak Alang’s tengkolok to have his pictures taken.