Not the Voyager-class toy, but the smaller Legends-class one, complete with the ‘Tronian markings he got himself waiting for Revenge of the Fallen to be released. 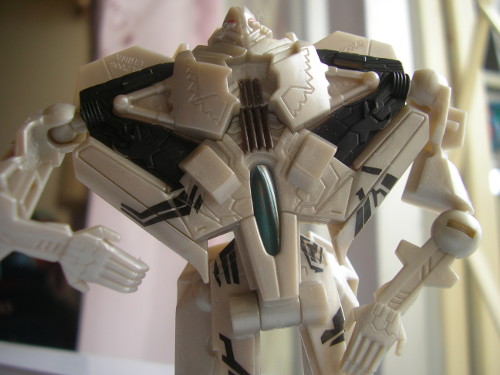 Strangely enough, I find this little thing to look much better as an F-22 Raptor than the Voyager-class alt-mode, which has an inordinately huge underbelly. 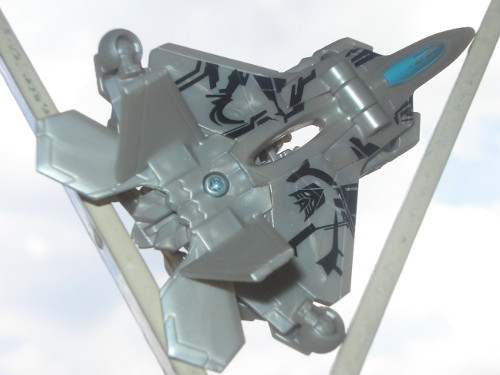