And so it came to pass Kai attempted to run Trail of Cthulhu role-playing game which he bought at DriveThruRPG. For a demo run, he also purchased The Watchers In the Sky scenario. All he needed were volunteers to run through the scenario who would sacrifice their sanity for the game. 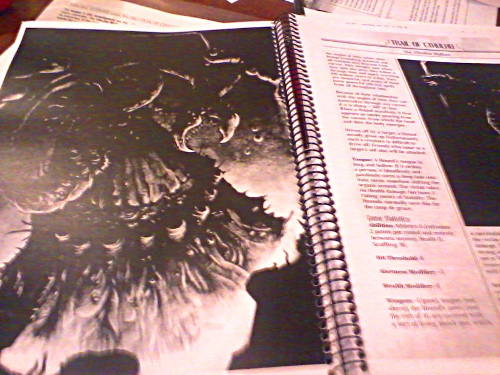 A glimpse of madness

The Troublesome and Terrible Trail

Trail of Cthulhu allows player to create characters that investigate mysteries that is usually caused by Things Man Was Not To Be Known, based on the horror stories by H.P. Lovecraft set in the 1930s. Cults that worship unspeakable horrors from ancient past hide under the thin veneer of civilisation. Also, creatures with unholy and incomprehensible minds beset the earth from the space beyond, working strange designs and experiments that might signal the end of humanity.

Your characters are compelled to investigate to uncover the truth behind strange happenings in the ’30s. When the player investigates deeper, the more secrets they discover. The more one uncover the more sanity one loses.

The game uses the GUMSHOE system, which is quite simple and allows for spending of points to discover clues for your Investigative Abilities, since discovering clues is important in the characters finding themselves at a dead end narratively speaking and floundering at what to do next. You only roll General Abilities tests using one D6 against a basic target number of 4 (which can vary according to exact conditions of the test).

Seven players make up our party for The Watchers in the Sky scenario by Graham Walmsley. Describing the entire game would reveal spoilers to those who hasn’t played it yet, so I wont tell what happened. 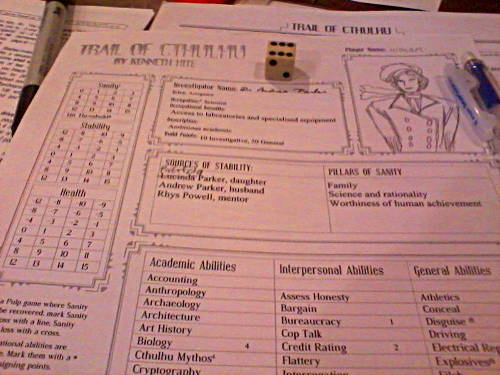 It began in early 1933 in England. Peculiar events brought together seven individuals, ranging from janitor to alienist to geologist. They each had a connection to Brichester University. The events usually involved black birds that seemed to have been physically altered. I played the biologist Dr. Andrea Parker who also had a young graduate student Helen Howell who acts as her assistant. The assistant tagged along in character to do anything Dr. Parker tells her to do to get an A in her biology thesis – including perform surgery on one of the strange birds which causes… Wait! I believe I’ve said too much.

In any case, the investigation leads the group to the Lake District and a remote village with a dark past. The investigative trail led the party into deep underground mines there. There were seven characters that stepped into the caves to learn the secrets of the mutilated birds. In the end, we counted two characters irrevocably dead, two irreversibly insane, two irretrievably banished to an unspeakable place and one grad student unable to publish and get an A+++ for her biology paper.

During the final scene, Dr. Parker herself was shown visions of her daughter at home being altered by things that altered the crows. She had to save her daughter! She lost her cool and lunged toward the thing in the mineshaft, screaming at the top of her lungs. That was the last anyone saw of her.

Although the GM had to railroad a bit to complete the entire scenario in an afternoon, it was enjoyable. Our characters’ Drives and Pillars of Sanity ensure they stay in character – which also means we go deeper and deeper into understanding the horrific mystery. It was a matter of who lost Sanity first (which triggers a nice little Fight or Flight reaction). When the scenario ended I did have a feeling of mild horror of the occurrences and encounters we had experienced. 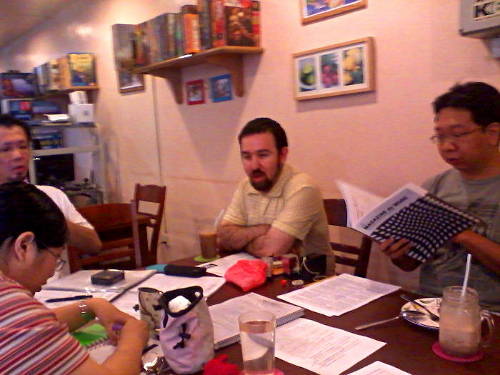 The Trail of Cthulhu party

Addendum: I sketched the following drawing at the table. 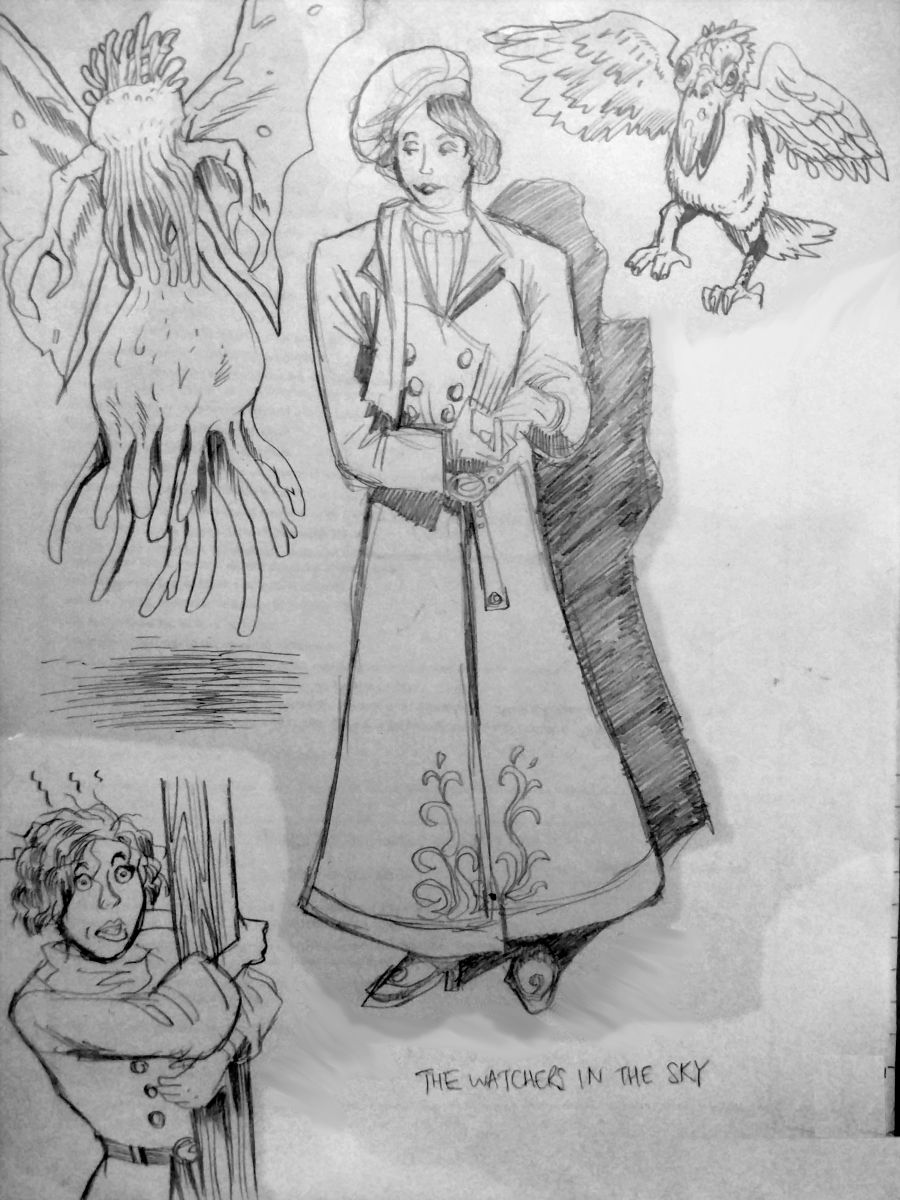