Two more Star Wars Artists’ Guild player character art pickups. I love picking up these requests once in a while for a warm-up sketch before work begins in the morning. 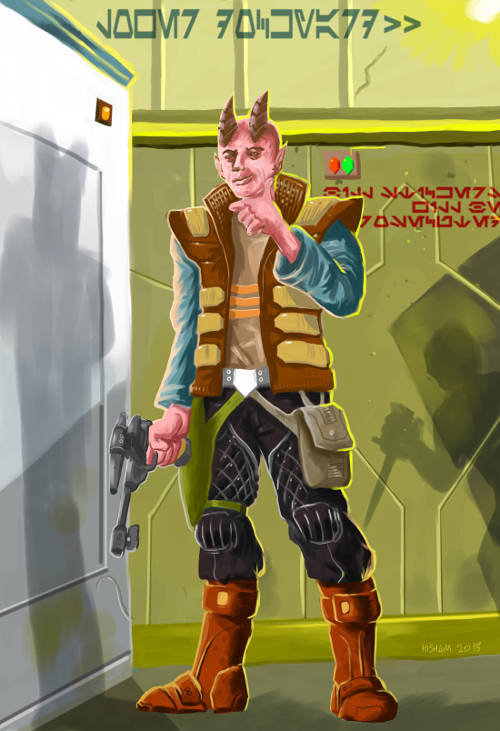 Badji Hida is a Devaronian scoundrel requested for oexto‘s Edge of the Empire game. He wields a DL-18 blaster pistol, presumably with aplomb. 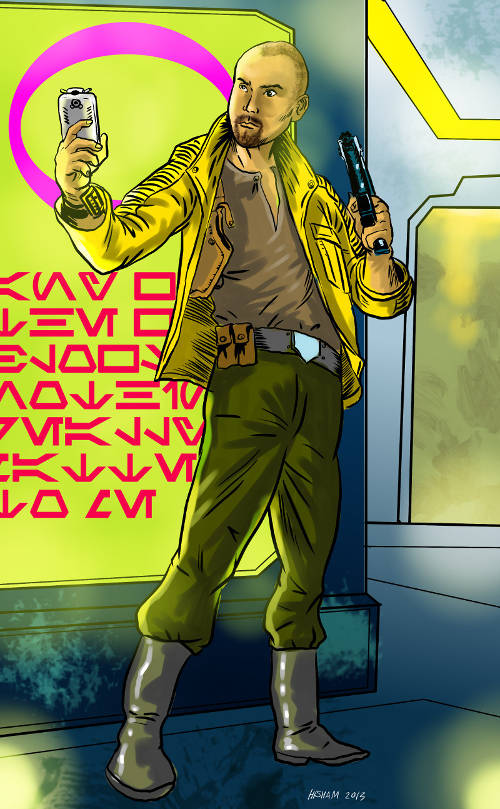 Mano Vector is a human Special Agent of the Senate Bureau of Intelligence (before it eventually evolves into Imperial Intelligence, shudder). He was requested by one Agent M.