Meanwhile, the three-night balik kampung back to Sitiawan for Chinese New Year was somewhat enjoyable. The traffic was not too bad, and no one lost their sanity. We left the city early, during the time where no one is sure they’re awake or they’re dreaming, and often, you’d wish for the other. Fortunately there was no sign of Mi-Go shadowing us from above. Nor of any Shantak. Also, I prepared awesome tunes for the return trip. Well, awesome to me, that is.

On the first night we ate out with Atok and Opah. We tried out a new restaurant which had some tasty Thai food. It was not made of Thai people. 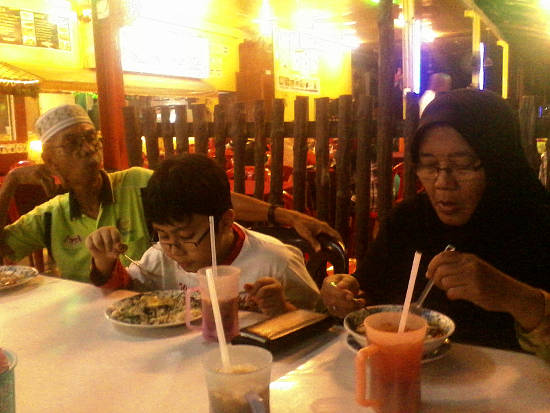 On Sunday morning, the Sitiawan contingent, made up of Atok, Opah, Ain, Irfan and I had a Skype chat with the Ohio contingent which consisted of Ayah Cik, Cik Dik, Yaya and Little Adik Rafe. Rafe, now foot mobile, waved to everyone on screen, as well as prematurely shut off Skype all by himself. Yaya was excited seeing her cousin Irfan onscreen and they had a short chat before Cik Dik adjusted the laptop webcam for us to see Rafe chase Yaya throughout the house. 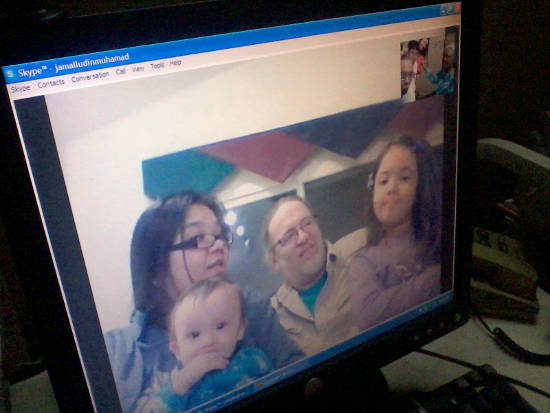 Everyone in the immediate family (except me) is in this shot

On Monday we visited the new Aeon mall which was near Giant and Tesco. I’m still trying to wrap my mind around the fact that there are actual 21st century malls in Sitiawan. That’s where I met some old ACS schoolmates. While we talked, Ain & Irfan mall-walked. Apparently there’ll even be a TGV cinema that will open soon. TGV cinema. In Sitiawan. 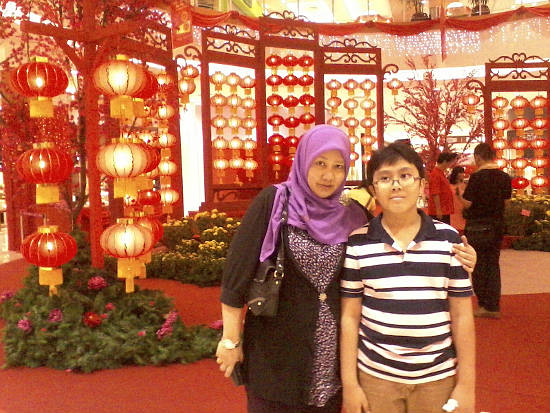 Once upon a time, when I was after vintage Kenner Star Wars figures (though at the time, it wasn’t considered “vintage” yet) I declared that if there were Star Wars toys sold in Sitiawan, then hell has frozen over.

IT’S A COLD DAY IN HELL, thanks to Om Nom Nom Nom Anor below, among others.

Whatever. Still too expensive for me even as an adult. 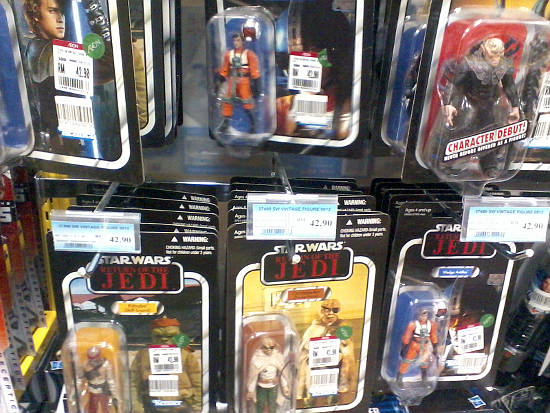 Tuesday morning, we said our farewell to Atok and Opah and we left for Kuala Lumpur. We thought our return would be stalled because of a fuel leak, but it turned out to be okay. Also, there were no signs that Spiders of Leng would waylay us on our way back. 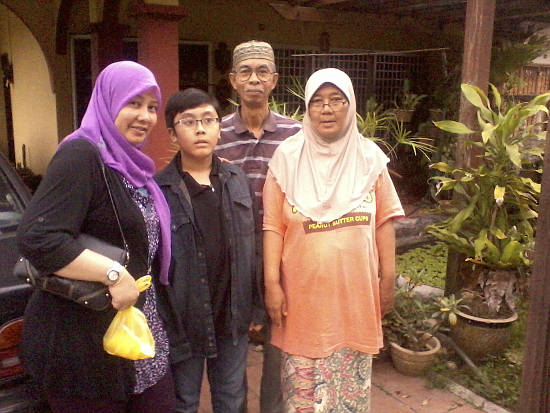 Because the Chinese New Year school break continued until the following Sunday, the drive home was very enjoyable too.