Last time I wrote about the Linuxification of the home PC, I mentioned that I turned my Ubuntu into Kubuntu by installing the KDE desktop. It turns out I prefer the old GNOME desktop and the Nautilus file browser more, so with the command line in Terminal, sudo aptitude remove kde-desktop and POOF! A KDE holocaust.

Lots of K thingamajigs were culled and removed from the operating system. We’re back to the regular Ubuntu 6.06 Dapper Drake. 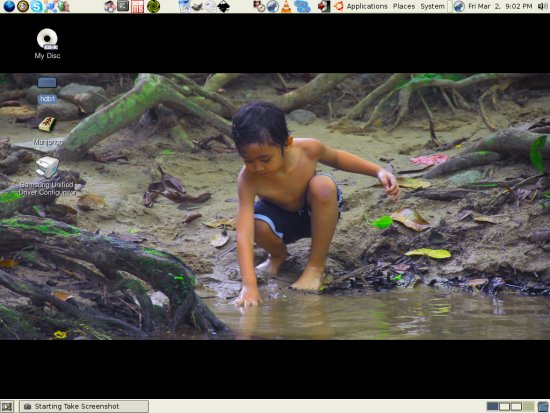 However, I did retain a couple of KDE applications which I can’t do without, survivors of the culling so to speak. 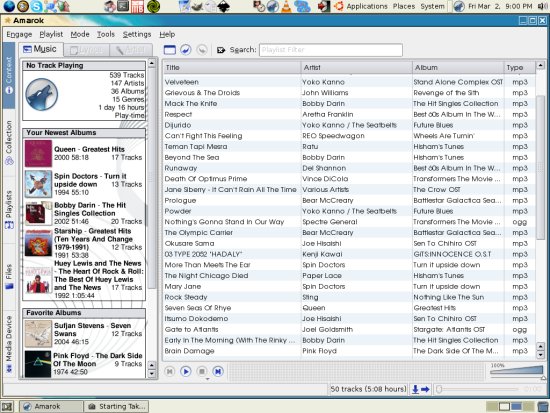 Still a fantastic music organizer and player. I spent a couple of hours earlier this week reorganizing my tunes on Amarok, ensuring the ID3 tags for each music file aren’t screwed up. I used EasyTAG to edit by batch the ID3 data, and by the end of the day all my music in the designated music folder are automatically sorted and filed by Amarok. I like calling up the random 50 tunes feature and there you have a cross-section of the music I love to hear. Not everything I love is in the directory, though.

I tried out Gaim as an Instant Messenger before, but for some reason I’m still partial to how Kopete works. I never thought I’d use anything other than Trillian for my IM needs, but there you go. 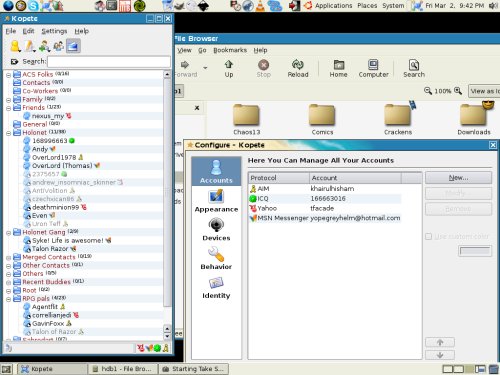 K3B is useful for CD and DVD burning, but since this home PC has no DVD writer (Yeah! Yeah! Later, when I got cash to spare) I just use the CD burning aspect of K3B.

KHangMan – because I love the simple hangman game.

Konsole – because sometimes I like to use something other than Terminal for command line shenanigans.

The struggle to introduce Linux distros to the masses continues…