Last week, Atuk and Opah Irfan came a-visiting to spend some time with their favourite grandkid. (No competition… he’s their only grandkid for now. Right, fellow Hishgraphics blog writer? For now, right?) I took the following picture to show them the camera capability of the phone, including the Bluetooth transfer of the image to the laptop. I love the Bluetooth function. Makes life much easier. Though I have to check whether it also turns my teeth blue once in a while. 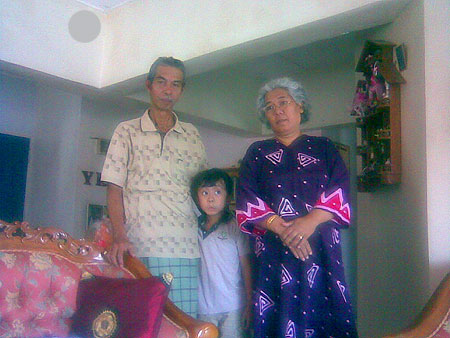 Here’s the Irfan and Grandparents photo!

Then, Atuk took Irfan to the field to play football, also exclusively known as “soccer” to the humans of the United States. It seems like Irfan has the style down pat. 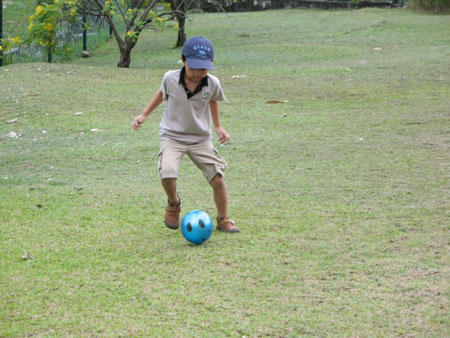 If only the ball would go where he wants it to go. 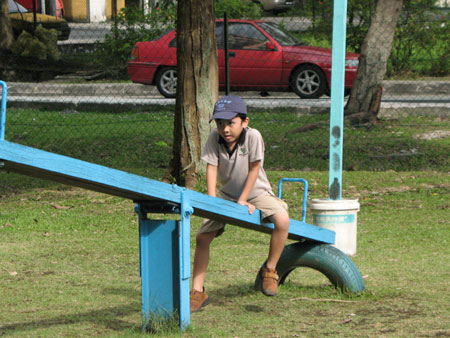 Also, the see-saw grabbed his attention too.

Irfan proceeded to display his aptitude for travelling in water to Atuk and Opah. I can’t believe he’s now able to paddle and float his way across the deep end of the pool. His head is submerged most of time, popping up his head only to inhale. 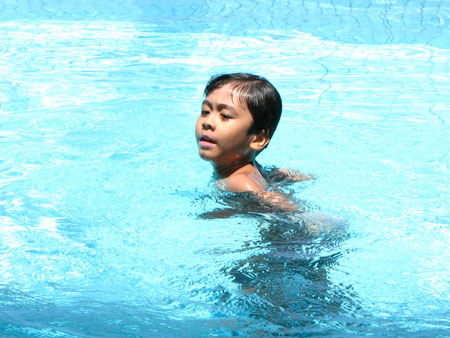 I went under to check him out and found him grinning at me, eyes wide open. 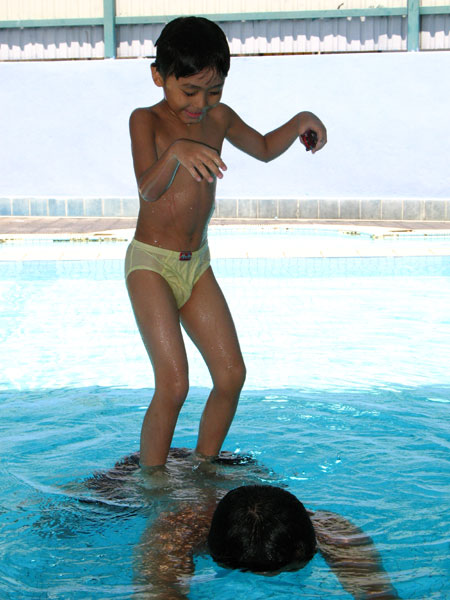 He’s also not adverse to circus stunts on the back of his dad, as seen elsewhere.

Finally he also displays his newfound ability to transform into a Peterbilt truck cab. 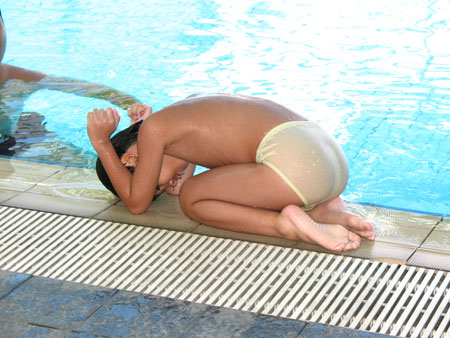 This was complete with arms for exhaust pipes.

Shivering because of the cold, Irfan finally retires for the day. He gets help from Opah to get into his dry clothes while Atuk takes his photo. 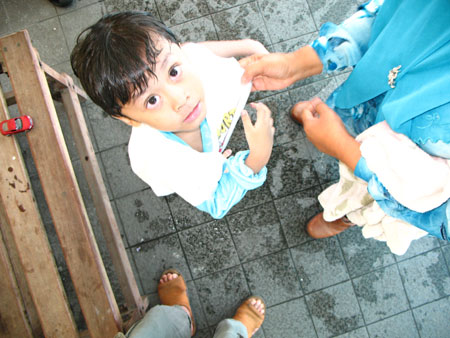 It think it was a day well spent