Here are some scenes I drew as filler are in the Characters, Attributes and Skills section of the Westward RPG by Wicked North Games. These scenes, also drawn by Alexander Gustafson, Ryan Rhodes and Cory DeVore, gives players an idea of what your players can be doing on the steampunk planet of Westward and what the millieux feels like.

You could arm-wrestle an Enclave – a steampunk cyborg – and win! 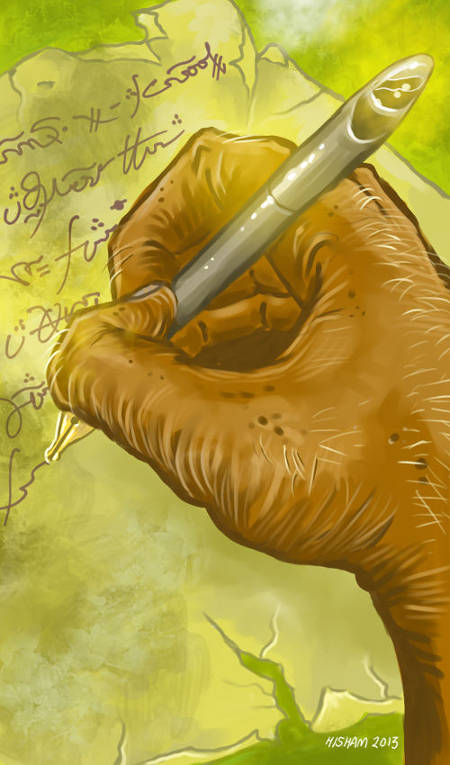 This guy is writing his own RPG too

You could write a secret messages! 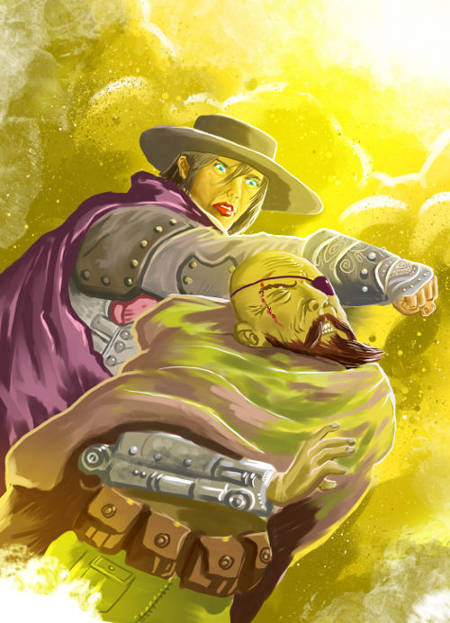 At least this punch wasn’t spiked

You could punch a guy in the jaw because he hadn’t showered in two months.

You could blow up a water tower for shits and giggles. Not really for giggles since water is precious here.

Westward RPG will be available online or at your FLGS later this year.