While picking up Irfan from school in the very late afternoon, we were hit by a great, big thunderstorm the size of a big thunderstorm. There was a point where there was no delay between lightning and thunder. Driving to school, the windshield, which thankfully did its job keeping the wind out failed to ensure the rain slid off fast enough so we can see through it. Even the wipers were useless.

On the way back, we had to cross Pandan Indah central to get from the school on the south side to our house on the north side.

We discovered that we couldn’t because of flash floods. All the primary, secondary and the secret routes had a foot or so of water.So, we drove went to a mamak restaurant for some roti canai and warm drinks.

Below, we can see some water on this side of the main road into Pandan Indah. This side is jammed up. The other side of the road is flooded – with some cars already immobilized in the water. 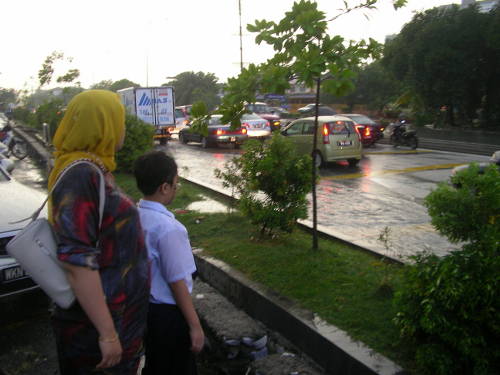 Below: Here is the other side of the road, as the camera pans right. There is a storm drain – obviously useless in this case – on the far side of the street. 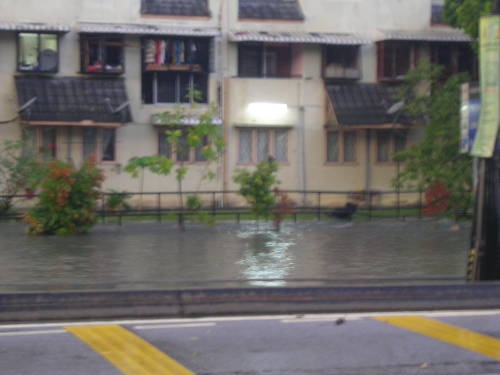 Below: A car attempts to break through the fast moving water, creating a wake. It succeeded getting to dry land. The photo is blurred because I used natural light instead of popping the flash. 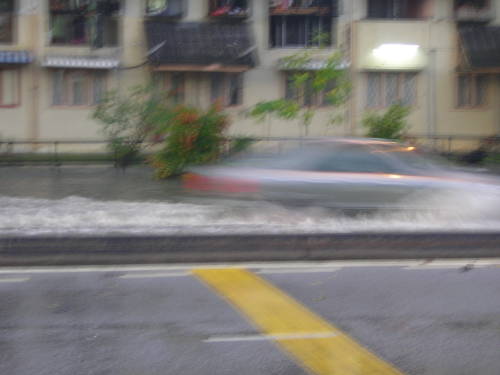 The car is a speedboat

Below: Panning more to the right, we come to the traffic lights which leads straight on further toward Pandan Mewah and Ampang Dalam, or right toward Pandan Indah town centre. The far side of the road is still laden with rainwater. It all drains away to nearly nothing less than thirty minutes later. 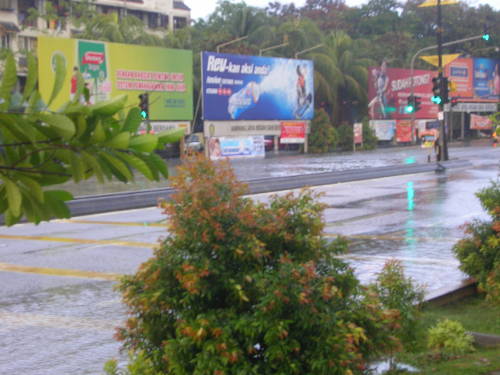 The main junction of Pandan Indah is wet

Below: Irfan has two pieces of roti telur and a Milo tarik while waiting for the waters to recede. 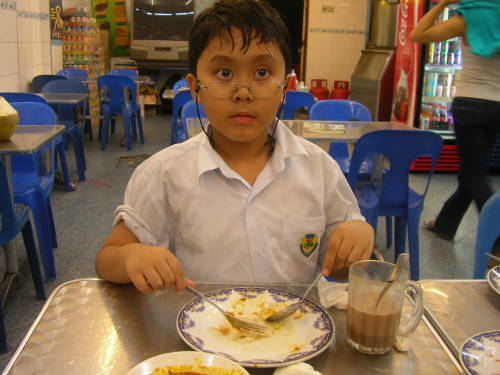