It was two days after we arrived at my hometown…

The next day Atok lead the way towards Simpang Pulai with his car. After that, I took the lead en route to Cameron Highlands. 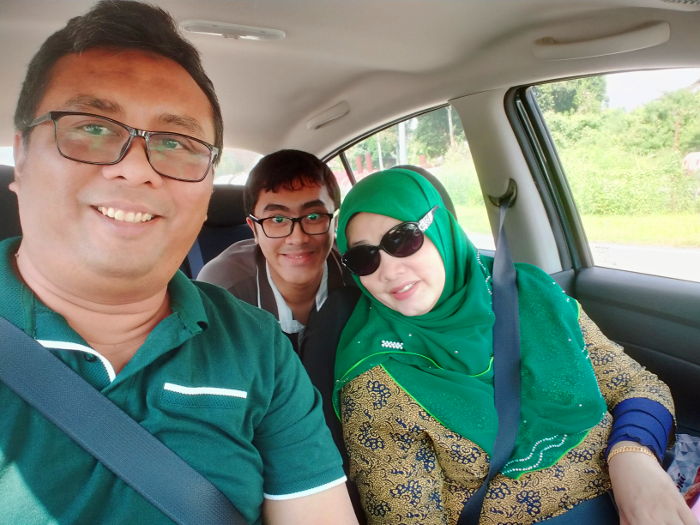 We travelled with two cars

Our handheld maps informed us that although it was only about 75 klicks from there to Brinchang, it would take us over three hours to get there. Surely the devices calculated wrongly. Perhaps, the data it had access to was in error.

Unfortunately, the map was correct. 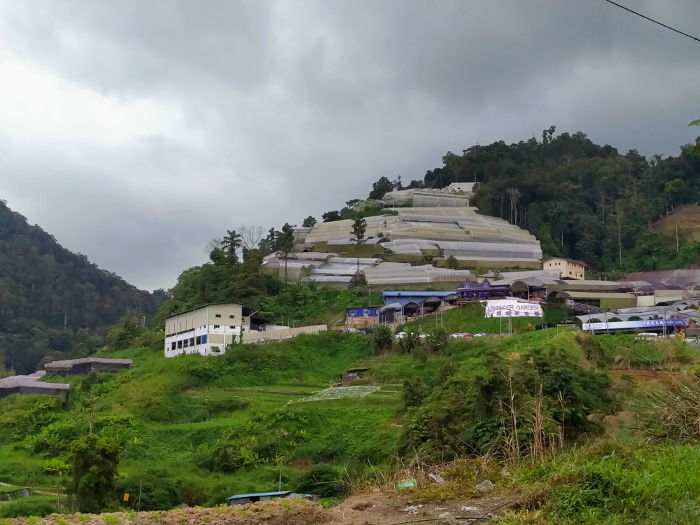 Some sort of moon colony

When we turned into the junction towards Brinchang, a jam had begun. We also caught sight of the structure that Irfan photographed with my phone. I was at awe at the climate-controlled farm on the hillside. I thought it was the only one of its kind. Little did I know dozens and dozens of such farms pepper the landscape on either side of the jammed up road en route to our hotel.

Later we discovered that the tourist traffic on weekends were usually this insane.

Three hours later, we checked into our hotel. Ain had booked an apartment with three bedrooms with three bathrooms. She had called to ask about air-conditioning the previous week. The clerk had informed her that they need no air-conditioning units. We discovered that it was quite chilly. The rain made it even colder. Without water heaters, the showers and faucets in the bathrooms were freezing. 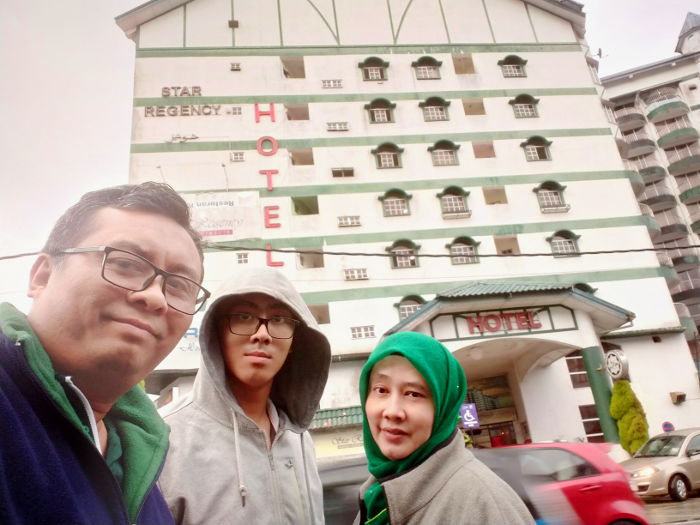 Looking for a late lunch in front of our apartment

We checked out the nearby restaurants for lunch and as expected, we found that the food was more expensive than usual.

We spent most of the first day at the hotel as it continued to rain until late night.

It had been raining all afternoon (Click to expand)

Construction was still ongoing in town. New building were still being built on the hillsides. 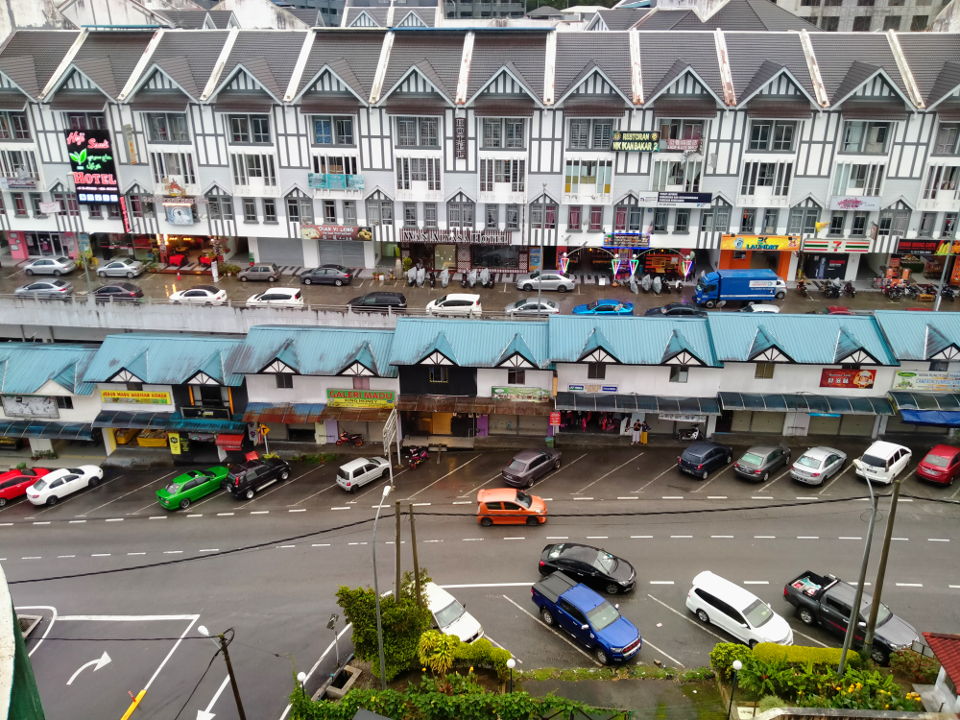 The shops in front of us (Click to expand)

The road in front of the hotel was a one-way street. The main street of Brinchang was a roundabout that circled the town centre. It connected with the north road (from where we came in) which headed towards Tringkap and Kuala Terla. There was a southbound road that led to Tanah Rata, and further down to Ringlet and Tapah.

The same shops but at night (Click to expand)

I do not really remember the last time I was at the Highlands. Sila and I were toddlers then. The last time Ain was here was when I was studying in Perlis. She almost died en route home then.

Time to endure the cold air of the mountains as we retired for the night. Tomorrow we would go see the sights. We brought thick sweaters and jackets just for the occasion. 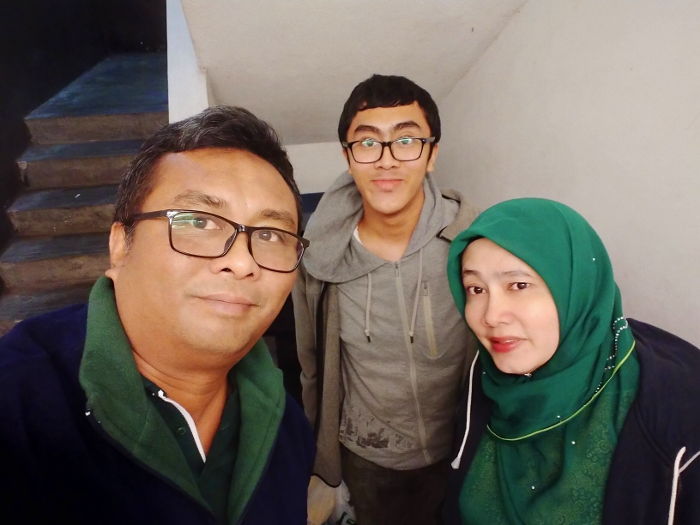 Photo at the stairwell