It was Sitiawan’s turn for balik kampung Aidiladha this year. But I did not get paid for a work I invoiced so we could not gas up to go anywhere far. So Atok and Opah travelled from Sitiawan to Kuala Lumpur for the holiday. Also, Irfan’s exam week was looming. Coincidentally, Aidiladha was also the 13th wedding anniversary of Ain and I.

So we decided to scrape up something for the day. 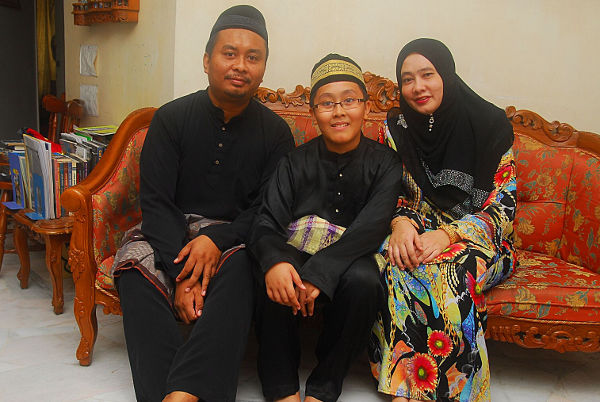 13 years through… a lot of things. Amazing things. Not so amazing things. Unbelievably inspirational events. Events that would destroy the spirit of anyone not prepared. Things I do not mention even in this blog. I owe a lot of people a lot of things. My parents. Sila and Vin. But without Ain to prop against and support my weight in the worst of times, it would have been a different world today. 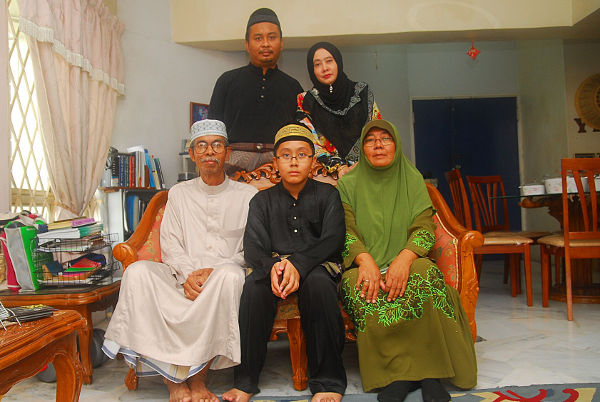 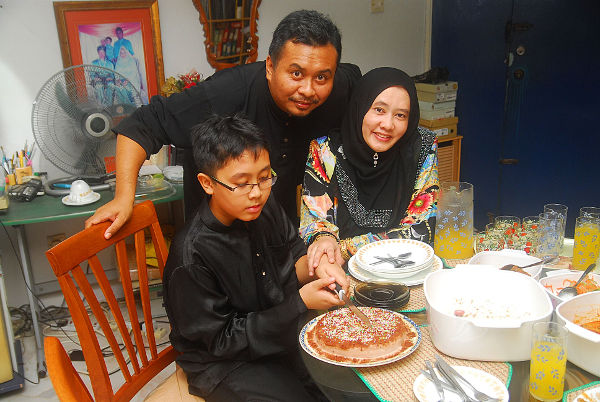 Irfan made this ice cream cheesecake with sprinkles on top for our anniversary. Irfan learned baking skills from Cik Emma who celebrated Aidiladha at Pasir Mas.

Ain and Opah made delicious, delicious nasi dagang Terengganu for all. (There’s acar salad leftovers in the fridge which I still use to make sandwiches.) 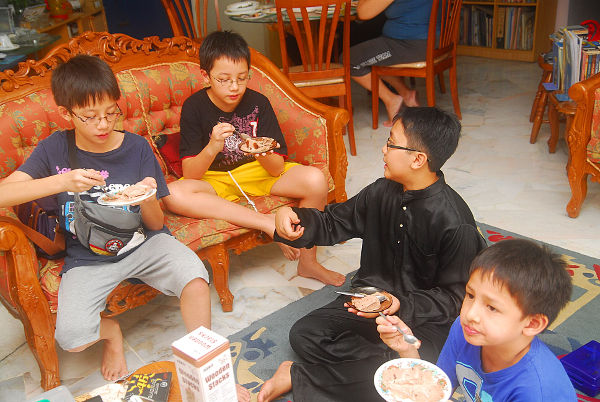 Kids in the house

The guests began to arrive. Sheldon and Lia arrived with their kids. Irfan served them some ice cream cheesecake and shared his toys with them while watching Adventure Time. Lia brought a signed copy of Drawlaahhh vol 2. After I framed the setting for Sheldon, he finally grokked Adventure Time with its smart matter, mutants, alternate dimensions, infomorphs and posthumans.

Adults in the house

Doug and his parents Guy and Terry came from across the MRR2 on the other side of Shamelin. Which was infinitely closer than Nova Scotia I suppose. Atok and Opah had guests of their age group to talk with!

Soren also came, with a signed copy of Moblie Frame Zero: Rapid Attack which he co-developed. Someday Irfan and I will play this wargame and fight it out with Lego tiny giant robots on a tabletop battlefield. It was Soren’s final week here in Malaysia so this was also his farewell party, after a fashion. His wife Julie was unable to attend the get together. 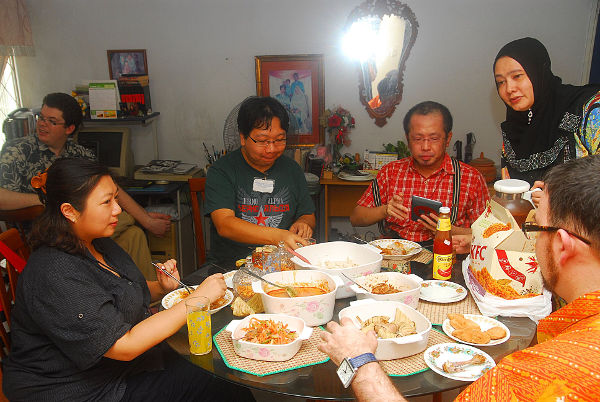 GOKL in the house

The GOKL gang, Dawn, Ivan and Kai arrived with a bag full of games, and also some fried chicken to share. There were also many books brought to be shared with Irfan and I, including Kenneth Hite’s Nazi Occult which Kai found in the history section of Borders for some reason. Irfan totally enjoyed King of RPGs books Kai loaned to us. 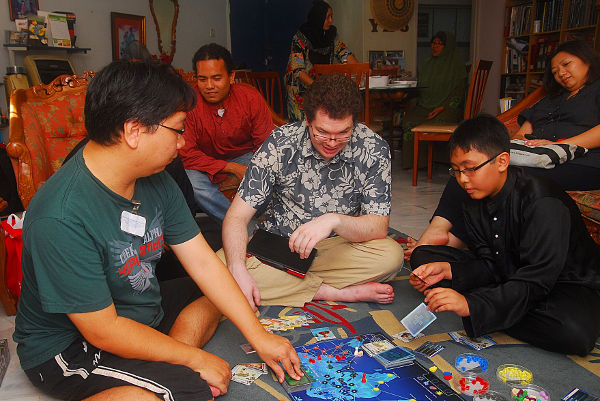 A pandemic breaks out!

Farid, Cik Emma’s fiancé arrived just in time to watch Kai, Ivan, Soren and Irfan play Pandemic (while Dawn watched Arrow). Farid did not have enough vacation days left over to balik kampung to Alor Setar, so he spent the evening at the Tenth Floor with us. Apparently, with some amazing teamwork, the quartet won at the game.

Later, after all had departed. I showed Farid how the Star Wars LCG was played. He departed later in the evening.

This was THE best Hari Raya in Kuala Lumpur, and as a wedding anniversary it was no slouch either.

Where were all the Malays, Atok and Opah mused later. Well, the locals would all be celebrating Aidilfitri at their own houses with their family, or the non-locals (like us) would have balik kampung to their hometowns. Our family were one of the non-local stragglers left in Kuala Lumpur that day.

Here’s many more awesome get together with friends in the future. Thanks for coming to our tiny and limited feast of sorts. Also, bon voyage, Soren.

Finally thanks to Atok and Opah for spending Aidiladha here in KL with us.