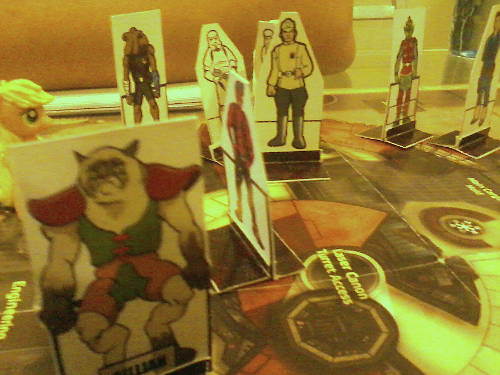 Imperial Security Bureau Major Mar Barezz turned up in a Star Wars RPG session earlier this year, 25 years after he first appeared in Rebel Breakout, which I ran back in ’89. He appeared in meatspace as a paper miniature as can be seen above.

Here are a bunch of Imperial officers paper miniatures I made for your Star Wars RPG. There are 12 of them in this file. 4 Fleet officers, 4 Stormtrooper officers, 2 Imperial Security Bureau officers and 2 Imperial Ubiqtorate officers.

L-R: Fleet, Stormtrooper, Ubiqtorate and ISB officers, and they all have ’70s sideburns.