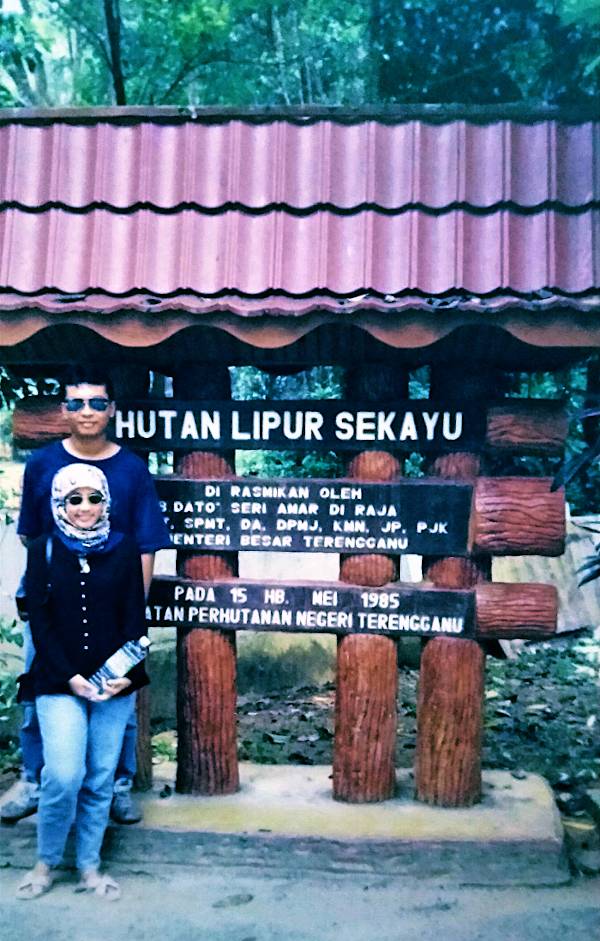 Exactly 25 years ago today I went on a blind date with this woman in the photo. There was no cameras at the time. We spent time at an A&W’s, then took a walk at the beach accompanied by our mutual friends.

We got wed 4 years later and I believe that very first date that began in 1996 has not yet ended even today.

(The photo is from several months later in 1996 where we visited Hutan Lipur Sekayu with Atok and Opah who came to visit and have yet to become an Atok and an Opah.)