Scheherezade Tales continues with Kazuo Khan played by Irfan incarcerated overnight in a Star Helix jail in the twin-domed colony of Uruk Junction on Jupiter’s moon Ganymede after acquiring information on his missing sister Jirou Khan and tangling with an assailant in a full-body, black combat gear. Meanwhile, the crew of the Keris Gangsa, Captain Furaha Ding, pilot Batbayar Gray and engineer Zoë Mufolosi are worried that Kazuo has not checked in for hours. They would need to take off for their return trip to 643 Scheherezade soon…

Here’s a short synopsis of the actual play video of our The Expanse RPG session last night. As per the previous entry, the video itself is embedded at the end of this page!

An unexpected ally, a young 29-year-old Star Helix detective named Kessler, helps break Kazuo out of jail because the Mao-Kwikowski threat. After the corporation recently took over the Uruk Junction Cooperative Management, many has disappeared, especially those who were speaking out against them. People have reported seeing black-clad and helmeted individuals abducting these dissidents. Kazuo defeated one of them the previous evening! 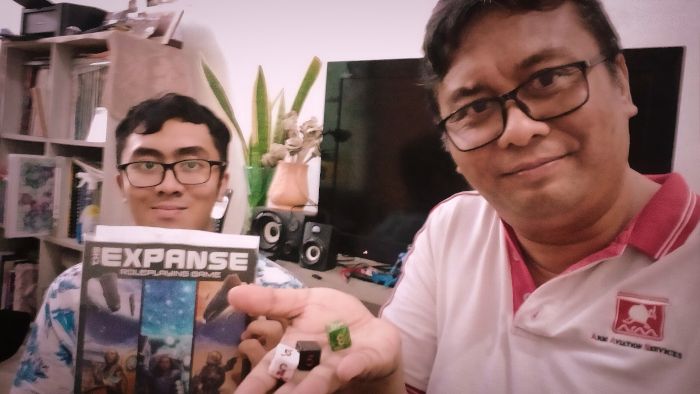 After liberating his pistol and hand terminal from the Star Helix storage bay, Kazuo hacks the police station’s back door to escape incoming Mao-Kwikowski personnel dressed in black business suits and dark glasses. Kessler guides Kazuo into the tunnels under the dome, evading search parties. Then Kessler’s lieutenant warns him via text that Mao-Kwikowski is able to track him via his own hand terminal. Kessler destroys his device.

But it is too late. Two armed, black-clad goons attack them in the tunnels. The ensuing firefight injures both Kazuo and Kessler. They escape when Kazuo shoots a steam pipe at the tunnel’s wall. Stealing and cracking the defeated goons’ hand terminals, they learn of a 9-minute countdown and a missile launcher pointing at his ride home back to Scheherezade, the patrol boat Keris Gangsa. 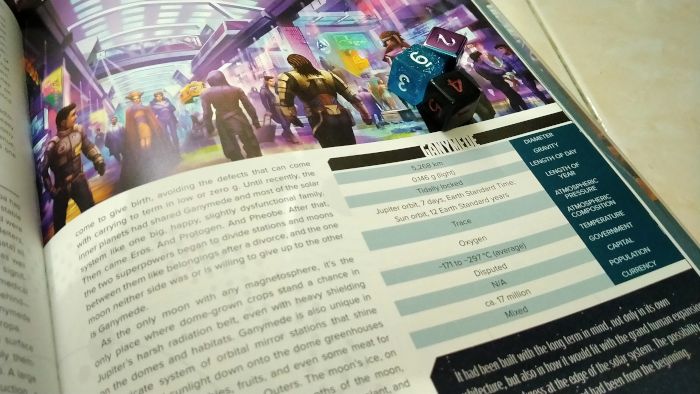 It would take too long to travel on foot to reach the Southern Landing Pad. Kazuo and Kessler create a diversion to pull a security team away from the Eastern Vehicle Bay. They then steal EV suits and a six-wheeled vehicle to drive on Ganymede’s surface to get to the Keris Gangsa.

En route they see an automated missile launcher installed on the ridge overlooking the Southern Landing Pad. They pull up and damage the launcher by shooting at its base and targeting module enough that the missile launched went wild. 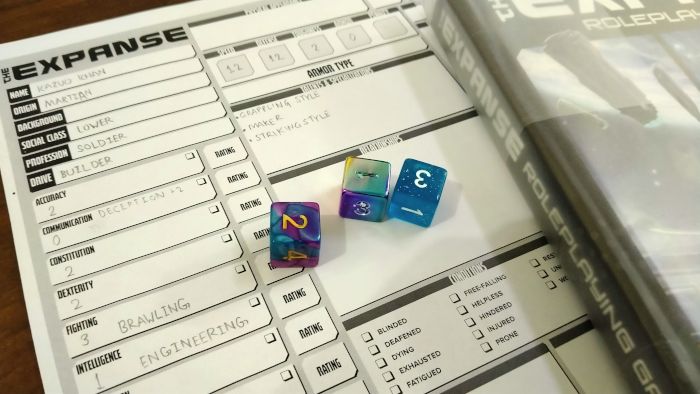 Kazuo informs Captain Ding by radio that they are coming in from outside the dome. The captain opens the lower cargo bay external door for them to climb in. They launch immediately, pressed into their acceleration couches but another missile zooms towards them, from another launcher elsewhere in the Uruk Sulcus region.

Riders of the Maelstrom

Instantly, Batbayar immediately rolls their patrol boat in order to provide Kazuo with an optimal targeting arc. The fast mover streaks towards them at 60G acceleration. Kazuo’s first PDC burst misses the missile. The second burst succeeded in killing the missile. 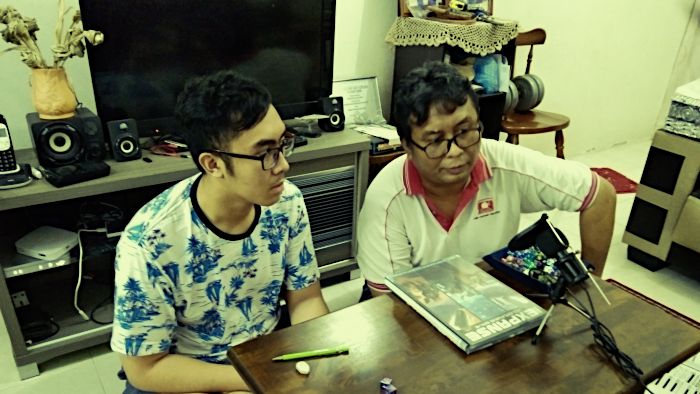 The Keris Gangsa heads to Scheherezade with Kessler, along for the ride. Captain Ding insists that they both explain what happened.