… and the city is known as Tehran. Last week I spent a better part of a week (for work purposes) in Iran.

The first photo of the entry two days ago showed Azadi Tower of Tehran, close to Mehrabad Airport, which now only handles domestic flights.

Tehran was a bustling city, there were plenty of Peugeot cars as well as their national Khodro cars. It seemed to me that it’s actually safer in Tehran than in Kuala Lumpur. I saw plenty of young women walking alone, presumably back from work with their briefcases, at night. I wouldn’t walk alone at some places in KL’s inner city. There were many malls in the city much like the ones in central KL, selling everything from Gucci to Versace. Families with infants and preschoolers walk the streets at night to have dinner at the many fast food outlets there.

Everyone was friendly, even when they couldn’t speak English.

This is where I stayed in Tehran: the 16-story Homa Hotel, formerly the Sheraton. It’s quite comfortable and the ratatouille they serve as part of their Western breakfast set is delicious. 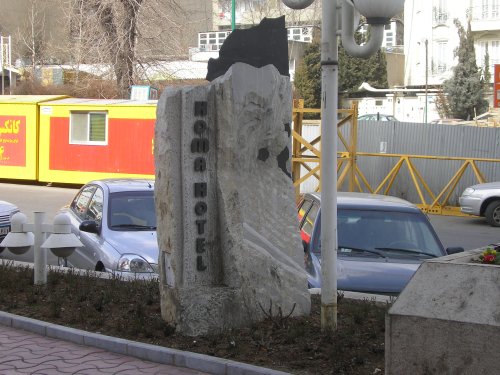 The Streets of Tehran

The streets at night are rife with colour. Every band of the visible spectrum is represented by many neon lights.

Check out the script for the number four at the car registration plate, found at the twin double numbers at the right section of the plate. Interestingly enough, it seems the Persian “four” is “C” on a stick instead of the regular Arabic mirror image “3” that we usually use in Malaysia. 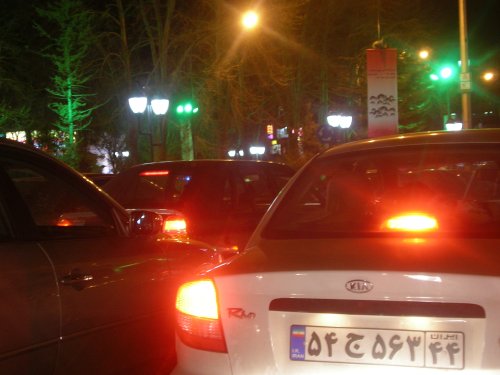 Night view from the car

I was told that Shiite mosques are usually built with twin minarets instead of one. I tried googling for the reason but am unable to find out the reason why in the internet. 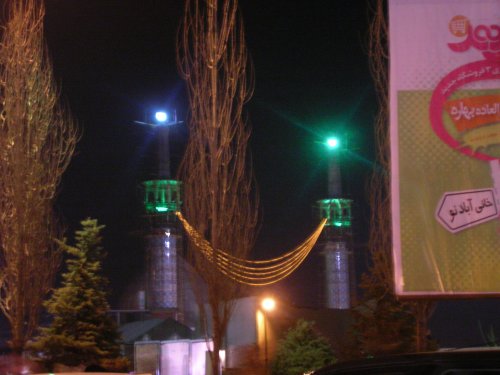 At the Tip of the Alborz Mountains

We kept going uphill in Tehran until we ran out of road. After parking, we had to proceed on foot. According to our hosts, the foodstuff being sold by the side of the road tastes very sour. 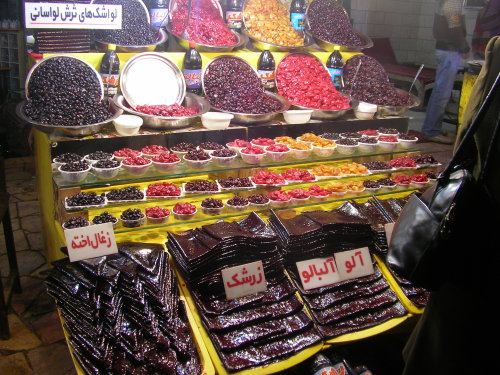 It was quite cold up here that our breaths condensed. We found ourselves in a canyon carved by a fast moving stream no doubt fed from melting snow from high above. There are dozens of restaurants big and small all along the sides of the canyon. Patches of snow can be seen on various points of the bare rock face. 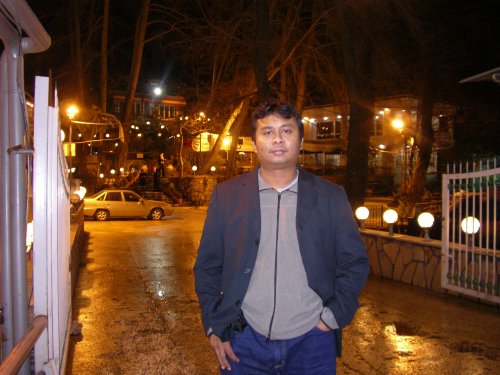 Walkways and rock-hewn steps were constructed across the canyon forming a trail further up the mountain, where families take long treks for recreation during the summer. 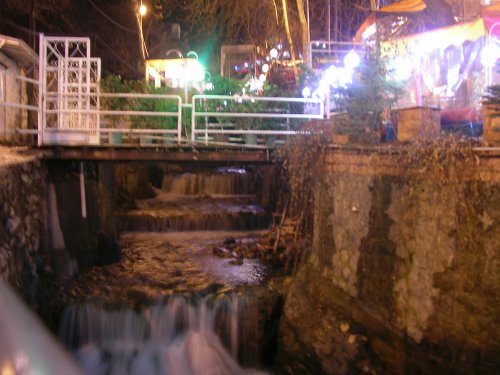 Bridge up the hill

Here is another photo of the stream. You can see the small shacks where you can get on to sit and order food, instead of sitting on chairs around a table. On our way up we saw a young man pushing a wheelbarrow full of bottled mineral water over the rocky path and steel walkways to reach the restaurant where he worked. 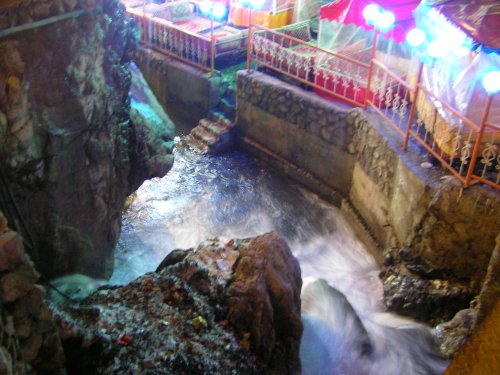 On our way back down, we stopped at this multi-leveled restaurant for dinner. 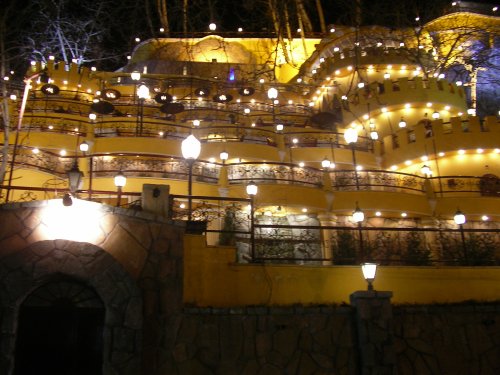 The kebab they served is awesome. The yogurt is not just dairy, but it’s also made from a local onion-like plant. Very delicious. Also, I like the pickles and fried tomatoes. The cili padi analogue, however, is not as potent as the ones we have back home. 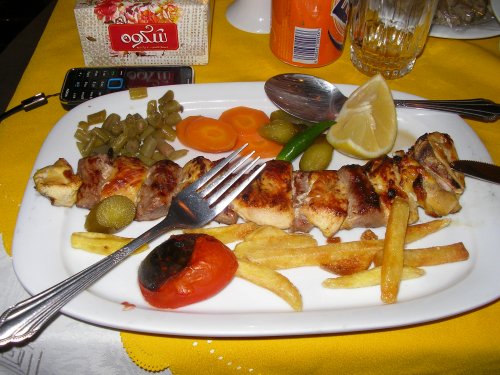 It was transition between Winter and Spring when I was there, so there weren’t much greenery. Even the pine trees’ hue was a muted green. But flowers of all types and colours were being sold at almost every street corner. This florist in the next photo was right at the corner of Homa Hotel. 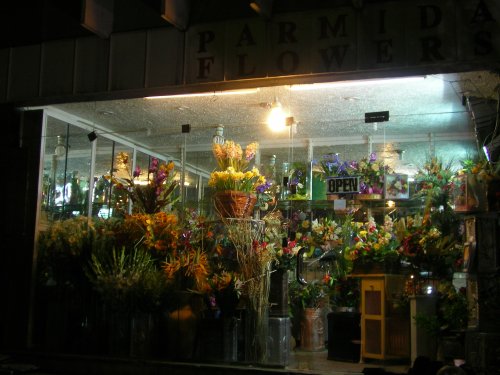 At another street, a larger florist plied his trade with more decorative plants. 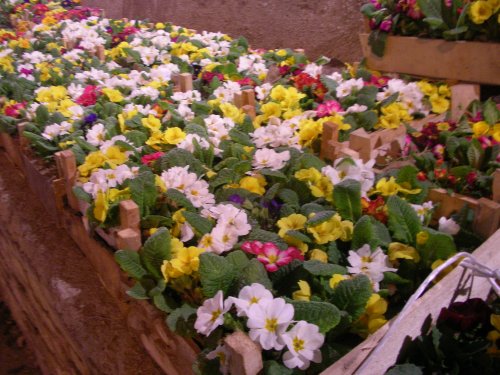 As a final point of interest, we read the Arabic script on signage in the streets and discovered that they also use some of the words adopted by Malay, like syarikat (company), dewan (court / hall) and anggur (grapes).