ACHIEVEMENT UNLOCKED. Yesterday, we travelled out of the country as a family for the first time. Granted it was only over the border into Thailand, but it was something that all this while was out of our ability to do for fiscal reasons.

It was almost time for Aidilfitri and we drove from Padang Besar to Rantau Panjang via Thailand to reach Tok Bah and Tok Ma’s home in Pasir Mas! 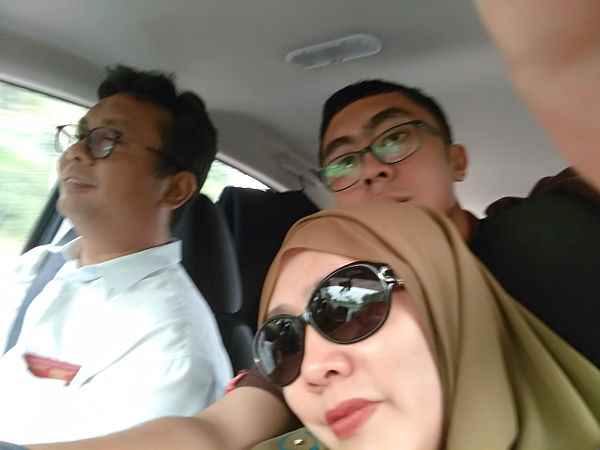 Setting out past the border.

Ain did a lot of legwork done beforehand, getting the Thailand vehicle insurance and such, days before we departed. We mulled over acquiring some Thai currency although we did not plan on stopping anywhere to buy anything. However, we stopped at a currency exchange and converted some ringgits into bahts. It was lucky that we decided on it as we had to pay some sort of vehicle tax at the border. 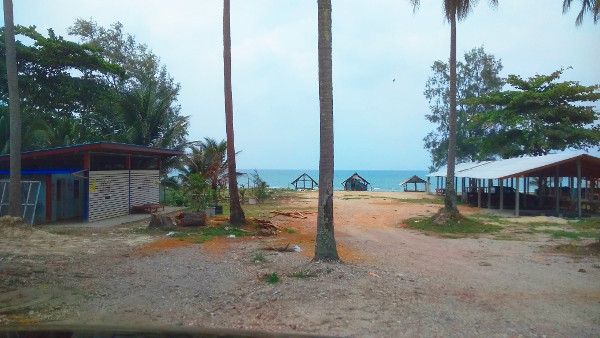 We used the phone’s Map app to navigate. We found ourselves gazing at the South China Sea on the other side of the peninsular only over two hours from Padang Besar! Using our normal southerly route it would take us more than six hours to reach the east coast from Perlis. 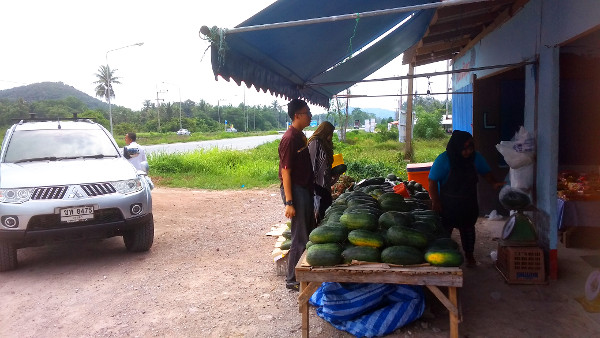 The roadside fruit stall was by the sea.

There were fruit stalls by the beach. Ain and Irfan used the Thai bahts to purchase watermelons and pineapples. A fellow buyer came to their aid with regards to Thai-Malay translations. 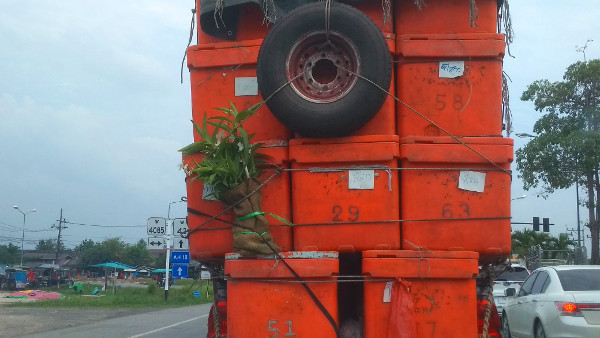 This orchid was hanging on to dear life

There was also an orchid hitching a ride at the back of this truck. 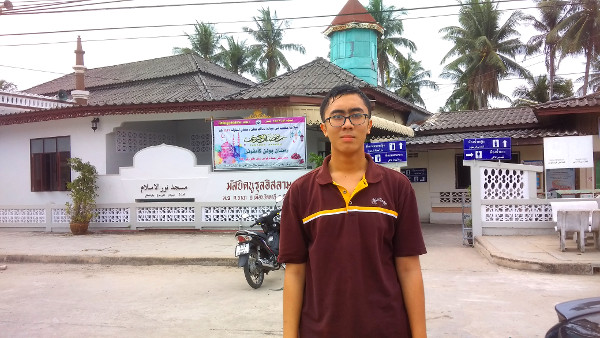 I finally stretched my legs here.

We stopped for both Zuhur and Asar at one Masjid Nur Islam in Pattani. 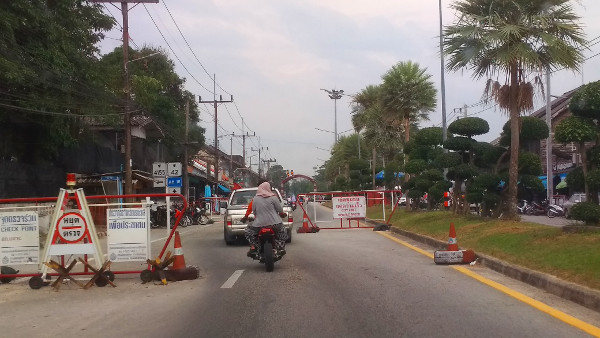 There were a lot of military checkpoints along the highway in the region. 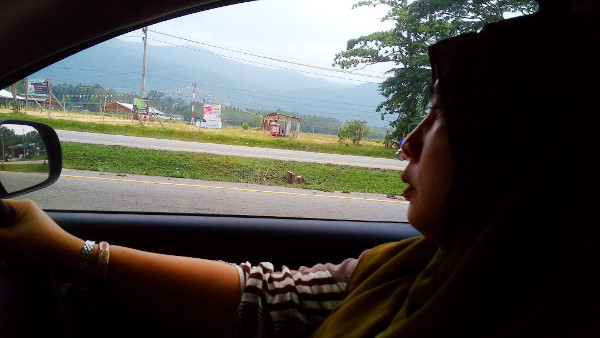 Ain has the conn

Ain drove for a bit, but the haphazard way the locals rode their motorcycles (side-by-side across the span and not wearing any helmets) stressed her out on the road. 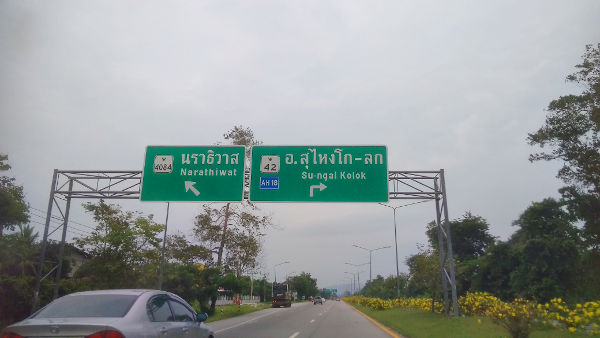 That’s our way out!

After almost five hours we were nearly at our exit point. 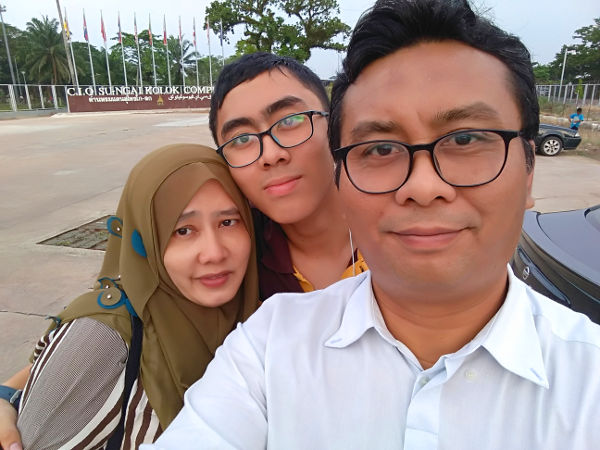 Back in Malaysian territory

Our arrival at Pasir Mas was timed nearly to perfection as it was only a few minutes before buka puasa!