Atok and Opah came a-visiting for the school holidays, and one of the places Irfan wanted to go with them was the Kuala Lumpur Bird Park. It was quite huge and housed many species of birds, most of which are free to fly about under the park’s netting enclosure. Sure, there were a number of cages which housed lots of the wilder birds, but the amount of birds walking, flying, perching and eating among the visitors were just astounding.

Because it rained earlier in the morning, Irfan wore his Atok’s hat just in case it rained again. The hat stood by constantly in Atok’s car for emergency usage. 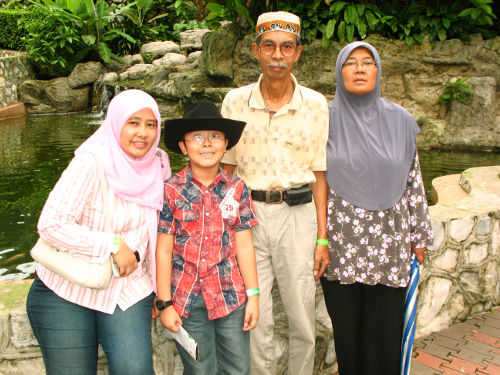 Just past the entrance enclosure

Irfan later became a perch for a couple of colourful birds. He was happy the birds didn’t poop on him. 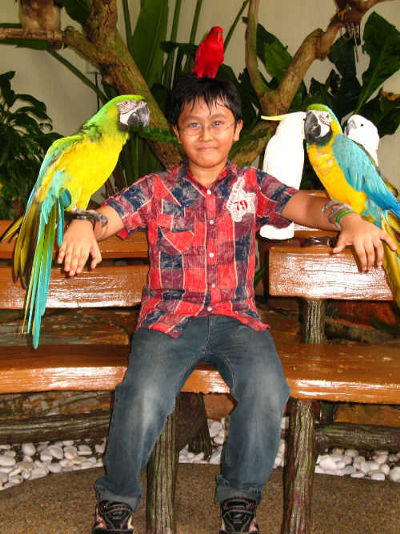 Ain tried to fend off a bloodthirsty pack of crowned pigeons. 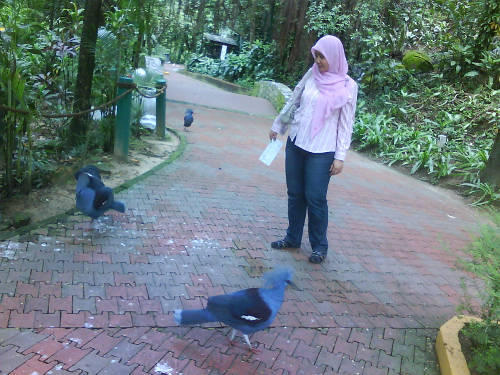 Those are some fat pigeons

Will the fence hold if the ostrich attacks? Irfan thought nervously. 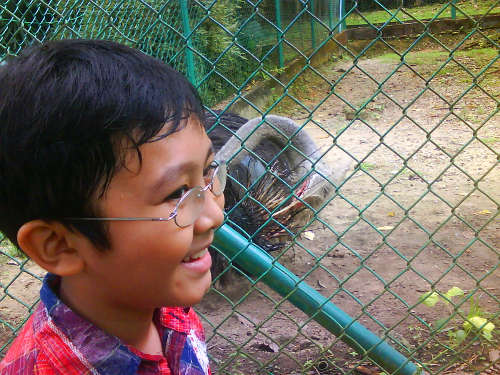 Retired member of the ostrich cavalry

The black-headed bulbul apparently has no acne on its body at all. 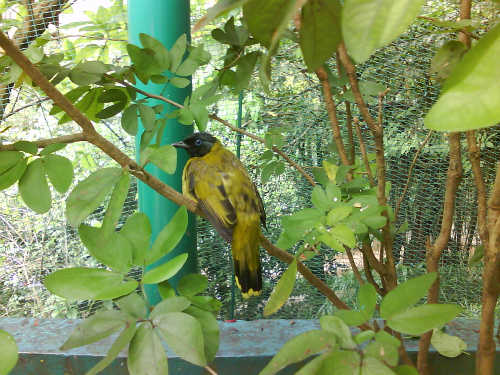 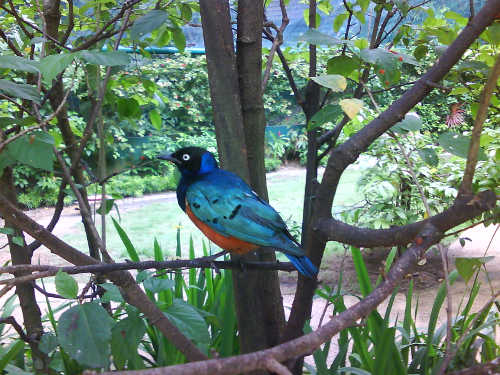 The peahens were very tame, and Irfan hand fed quite a number of them as he went around the bird park. 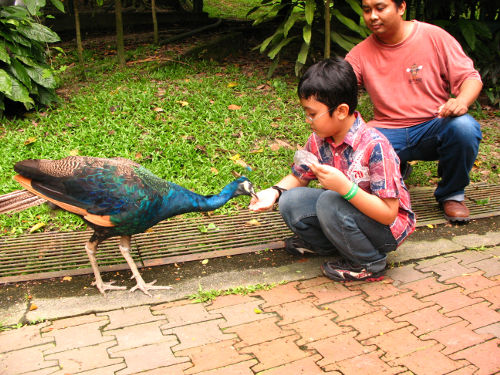 The scarlet ibis stood out wherever it could be found, thanks to its eye-catching colour. 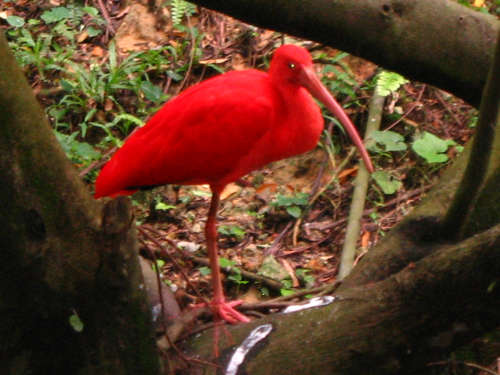 Is this bird indestructible as well?

Little parrots came to Ain for bird seed. Wait till they hear about her special nasi dagang. 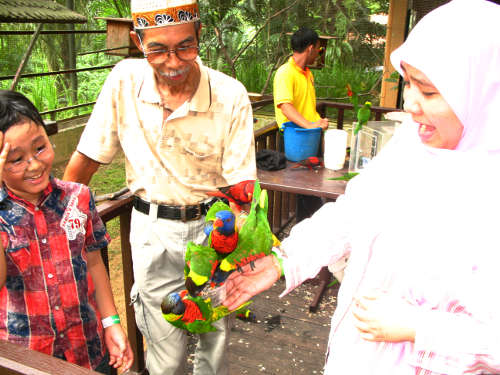 We were the soup line except we had bird seed

Apart from shielding Irfan’s head from rain, we found another use for Atok’s hat. 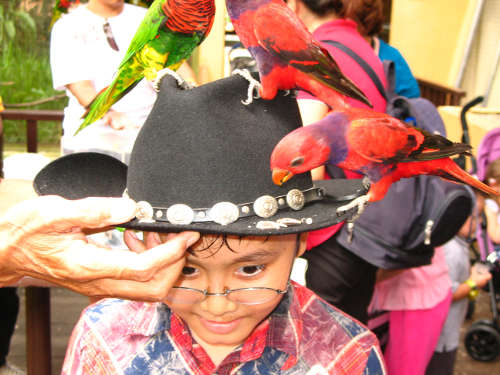 There are lots of things which they didn’t teach us in science class back in school. One of them is that parrots love cola. 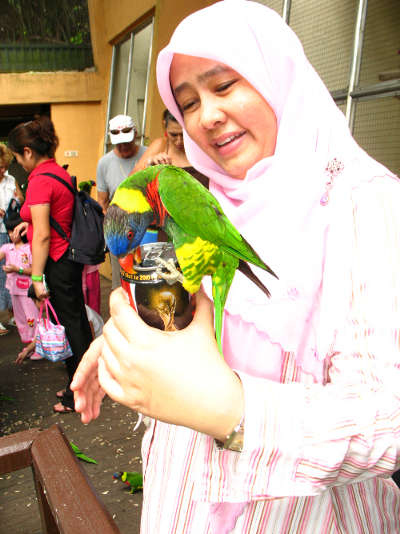 They just flew in, perched and started licking on the cola

Suddenly, we found ourselves in a squirrel park instead! 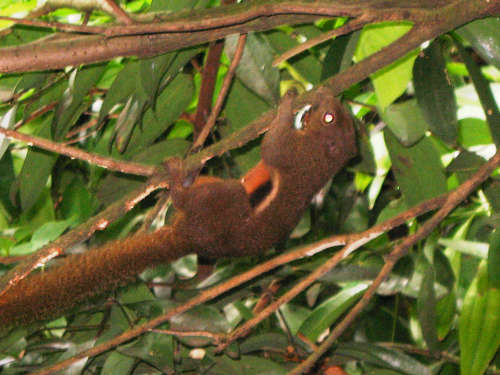 Irfan hoped very much that the stork didn’t find his hair or ear tasty before the photo was taken. 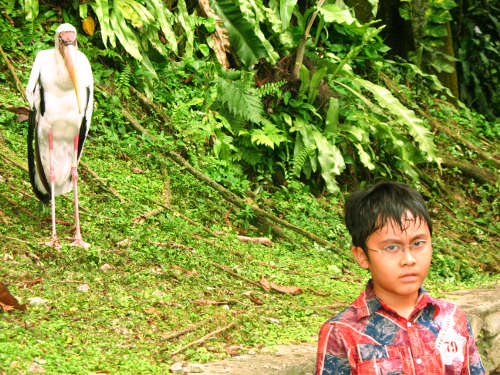 Didn’t I see you in a Pixar short?

We also discovered that the silver pheasant wasn’t as friendly to humans as the peahens. It kept its distance. 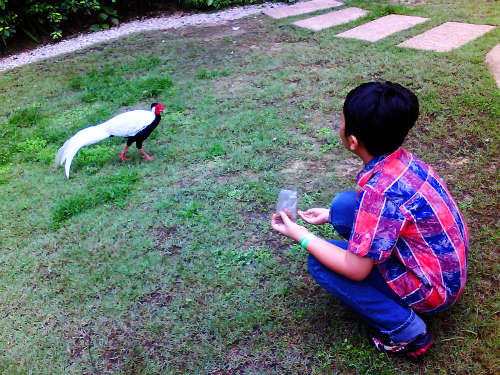 Someone forgot to colour in this bird

It sure looked like a cassowary, but its eyes said, “I’m an oviraptor, Doctor Malcolm.” 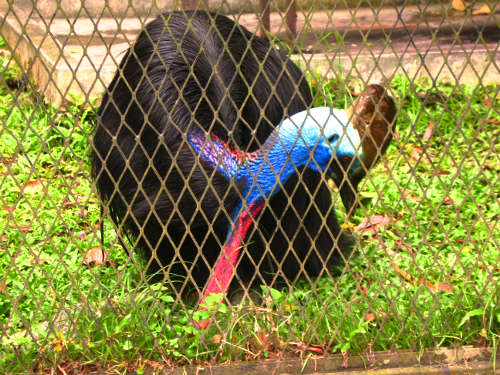 Finally, Irfan saw an owl in its cage doing what it does best in the daytime and did a mean impression of it. 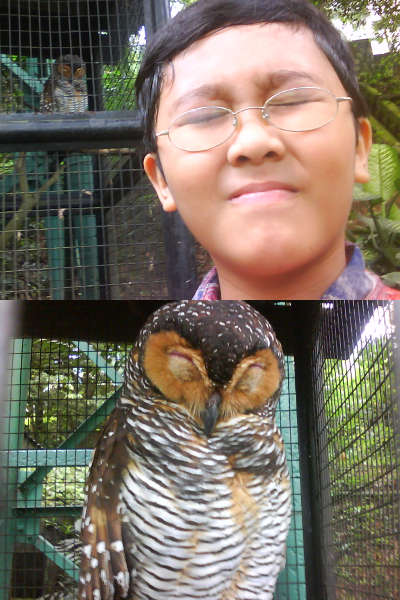 After that we had lunch at the National Museum, then went to the Planetarium which was highly infested by uniformed schoolchildren on school trips during the holidays.