After 10 days back in Pasir Mas, Irfan’s Cik Ma returned to KL by way of the old Subang Airport, which is now the new “Subang Skypark”. It seemed to have transformed from a musty warehouse airport into a 21st century shopping mall airport. Doors opened automatically for us and stuff! There were two banks in the building accessible from the inside! (Not that we had any cash in them.) One of those new-fangled Starbucks coffee shop too, which probably has coffee!

Irfan posed before the Skypark’s big screen computer display of the inbound and outbound flights. His Cik Ma’s flight is on there, speeding closer to the airport. 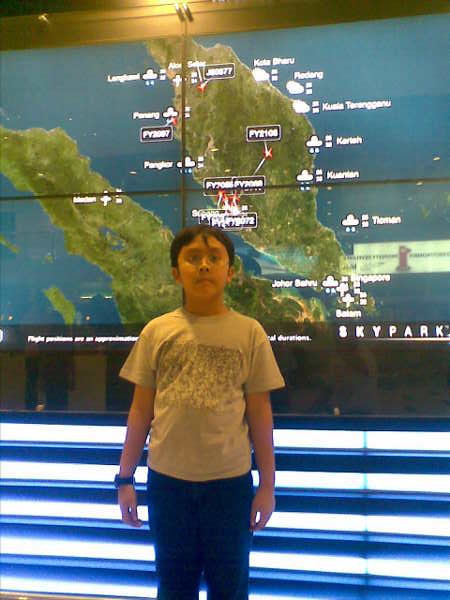 Also, someone has a new digital wristwatch. See? Wristwatch. 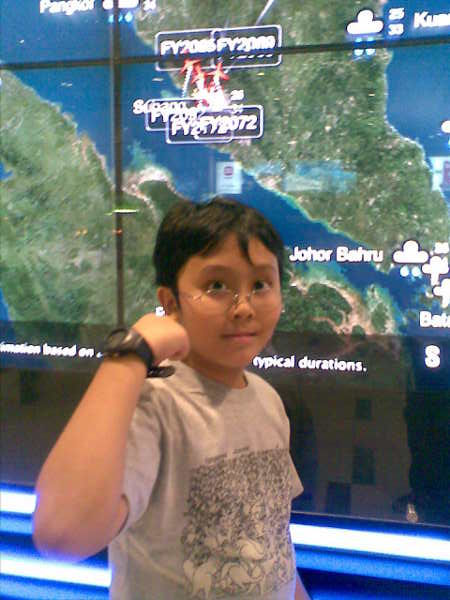 10 bucks from the Carrefour booths

Also, someone met his cousin Aiman who also came to the Skypark to see Cik Ma. 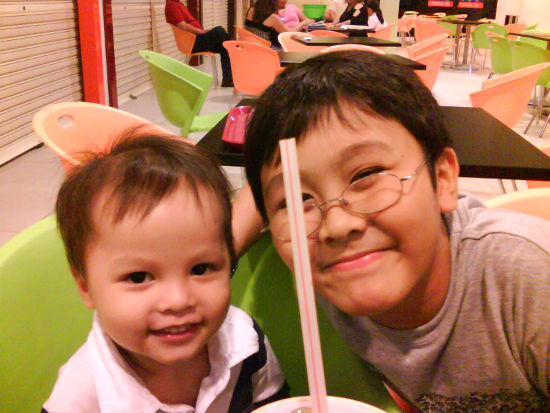 Finally, the cousins rode on their Cik Ma’s trolley. Why? Because it’s cool, that’s why. 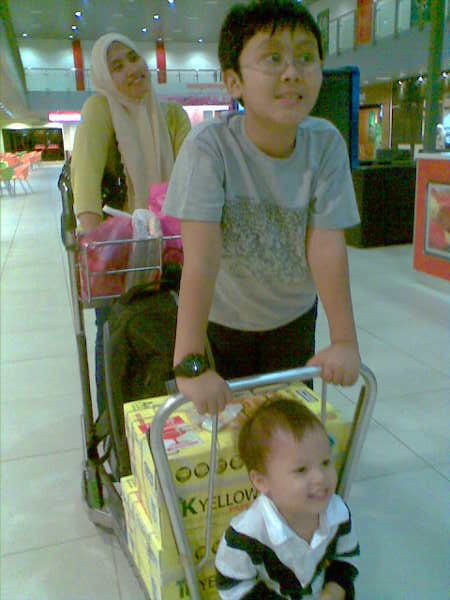 I was sad though that there was no MPH or Times. Illiterate Philistines! Bashi-bazouks!