Other than creatures, I was also commissioned to produce geographical illustrations for the Azamar RPG sourcebook. Here are black and white digital illustrations for various locations in the world of Azamar. The book will be published by Wicked North Games in 2011. 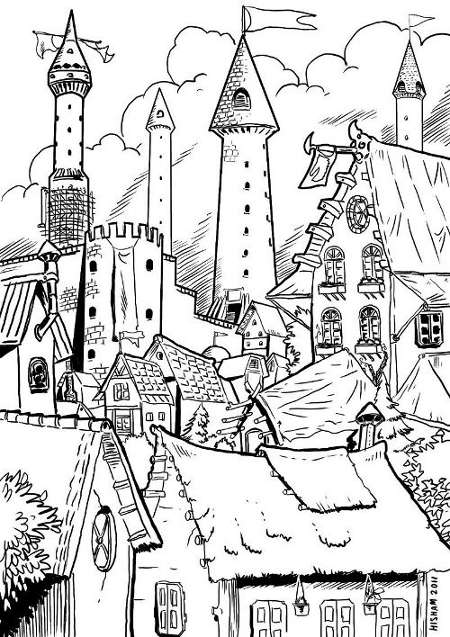 A view of a city skyline upon the picturesque continent of Abalos – the city of Orb, perhaps? 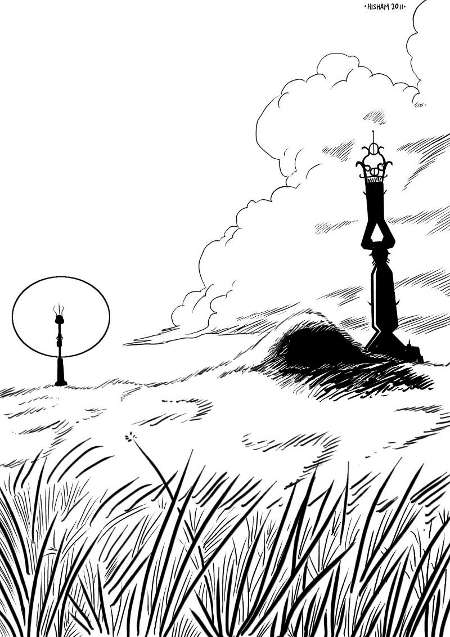 The sun sets on the rolling grasslands of Grazen, a centre of commerce between the Wyvine and the Immyr. 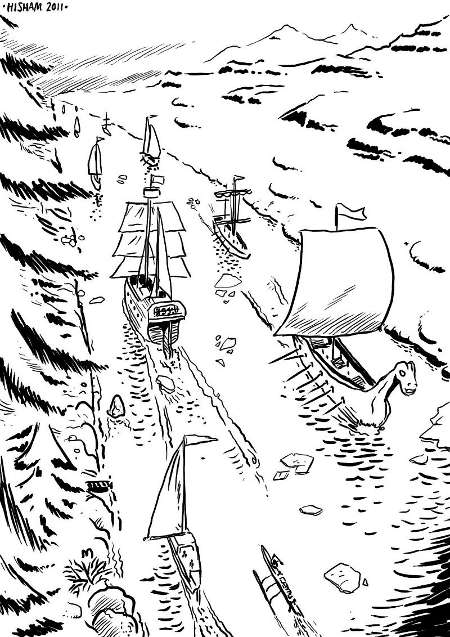 Ships pass by each other along the narrow Hoarfrost Strait between Olm and Evercrow. 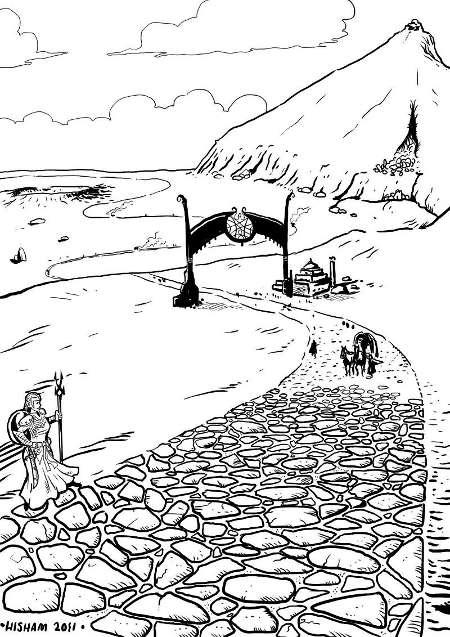 The longest road in Azamar upon the continent of Olm, the Old Highway is safeguarded and defended by Wyvine patrols. 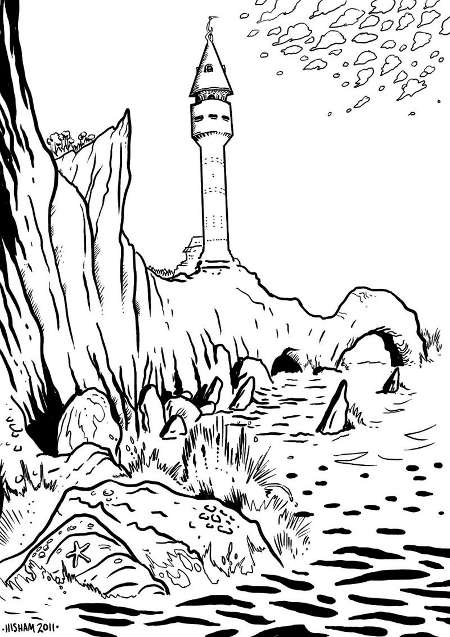 One of the Lookout Towers overlooking the waters of Wizard’s Bay, vigilant of threats from the sea.