Here are some interior artwork for the Azamar role-playing game’s upcoming supplement The Paradise Fragment. Player Characters (PCs) are sent to the deserted and floating city of Adrya Orth on a mission and uncover a deadly secret. What is the secret? Don’t look at me I’m just the illustrator, not the writer. However, the publisher’s art order requested that a series of sequential artwork was created as if it was a comic and I had the discretion to direct the visual flow of the story if not the actual story.

Let’s see how the game story ends up!

Watch this space for the upcoming release of the publication soon! 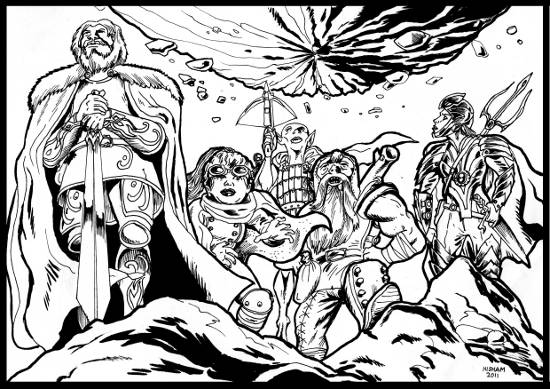 The party… striking a pose of some kind 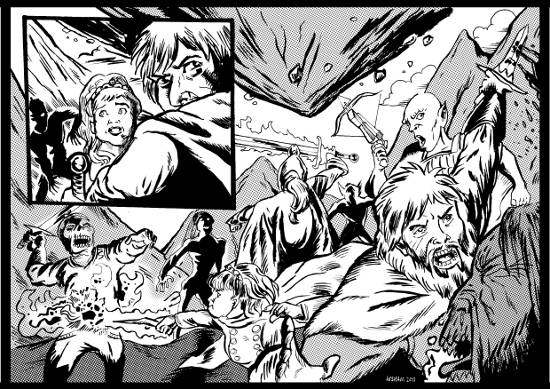 First snag of the adventure? Or is it? 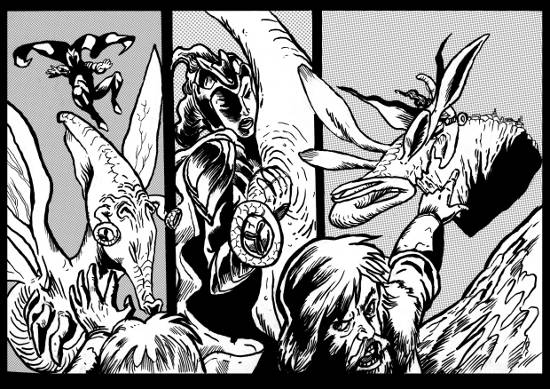 Ludosaurs take the adventurers up to Adrya Orth 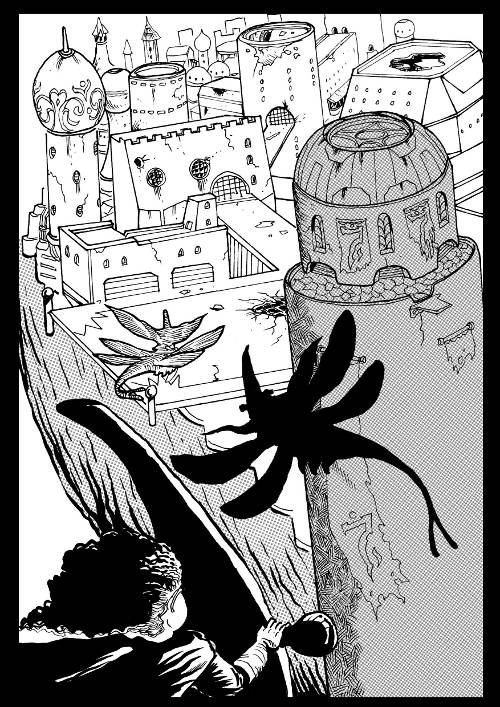 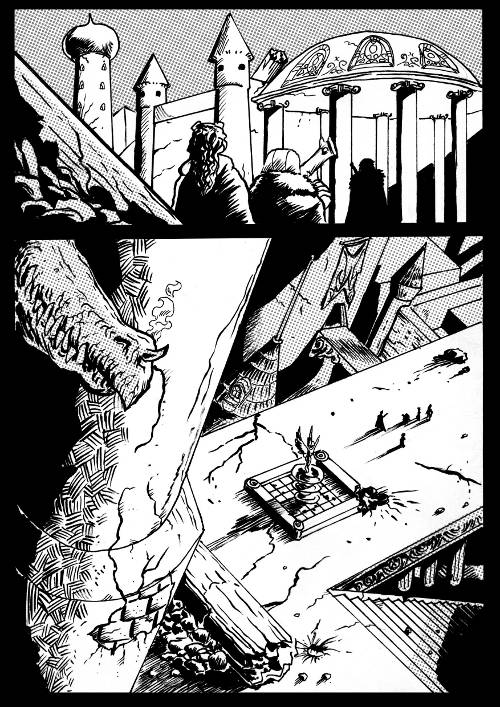 Are they being watched? 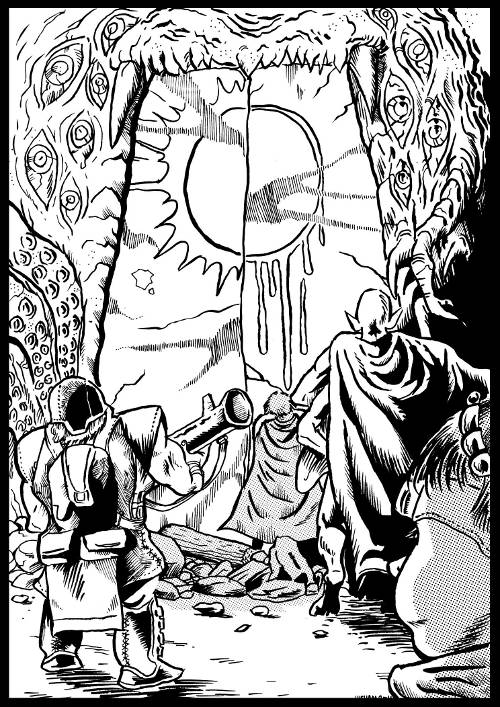 Well, this door doesn’t seem like it belongs here 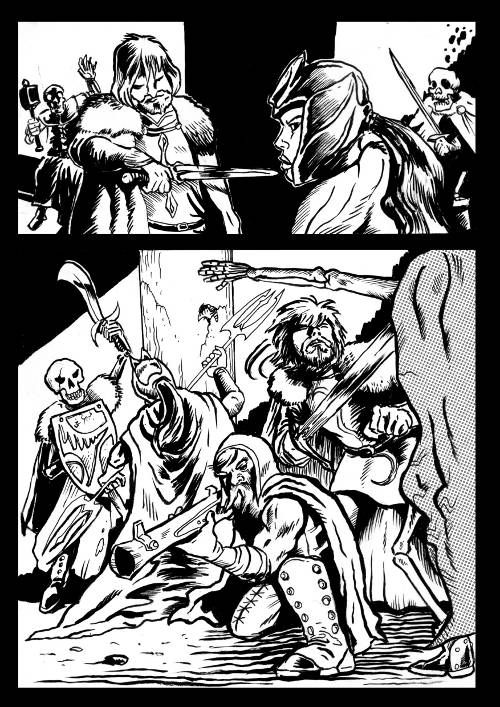