The twenty-ninth of each year brings about both the birthday of Sila and the anniversary of our parents. She has always quipped that she was Atok and Opah’s third anniversary present. 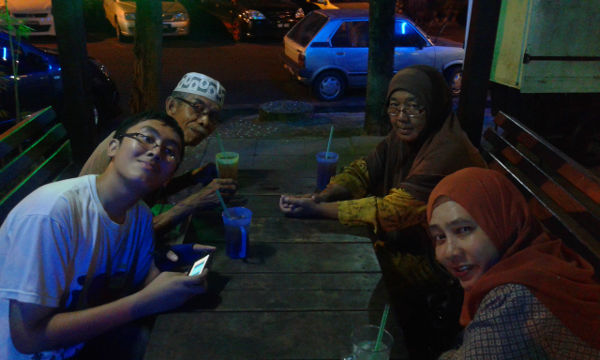 Atok and Opah were on site in Perlis on this day, so we thought we would go celebrate at the restaurant where we celebrated Ain’s birthday not two weeks earlier. 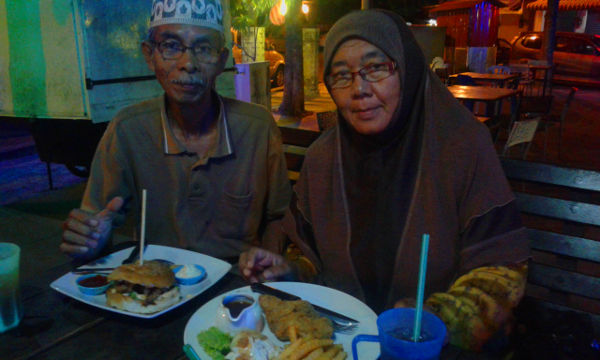 This time I took a photo of Ain’s burger, which was enormous. Atok ordered a burger too while Opah had a chicken chop. 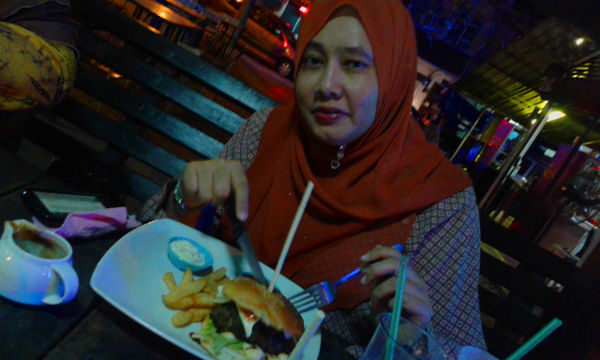 Ain with a boiger

I wish Sila, Vin, Yaya and Rafiq were here to celebrate with us. I really miss them, having last seen them recede into the distance at the airport almost six years ago on a very dark day. 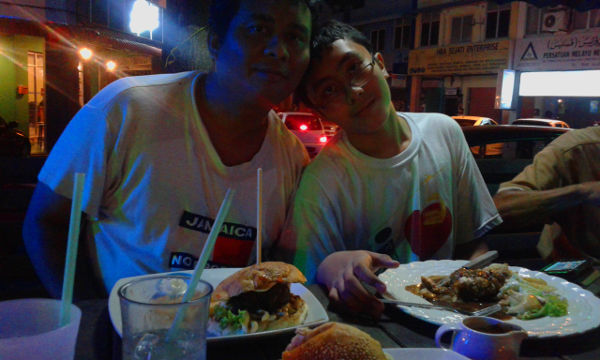 Happy anniversary Atok and Opah and happy birthday to Sila, Adik the Elder! May all of you be blessed with laughter and contentment.