Upon our arrival in the Klang Valley for vacation, we headed for Nia’s house. We thought we would spend the night there as my work appointment in KL would not be until Monday.

The night we arrived, a belated birthday party was held for the three sisters whose birthdays were close to each other’s.

The next day, we went exploring at the nearby new mall that was opened a couple of weeks earlier. The Chinese New Year music were piped and decorations had been raised. I was sad that there were no good bookstores there. For some reason, my lower back also began to hurt. It was moderately painful when I shifted balance from one foot to the other.

After the mall-walking, we went to the café along the country road towards Nia’s house, which had excellent nasi ayam. “Nasi ayam kukus mafia” was the dish’s official name presumable because of its biting spicy flavour. Because of the farm animals being allowed to run free among the tables at the restaurant, Nia especially had a fun time stalking a chicken. She is completely unafraid of animals.

Later that day, Ain, Irfan and I headed to Aiman’s house to stay the night there. It would be easier for me to reach my work appointment from there. 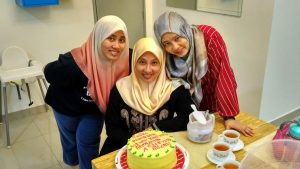 The Sisters’ BirthdayTheir birthdates are close by. 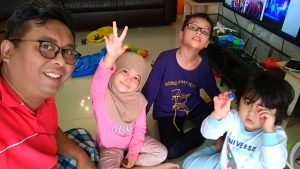 The Young GreetersZara, Aiman and Nia waited for our arrival 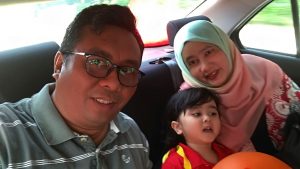 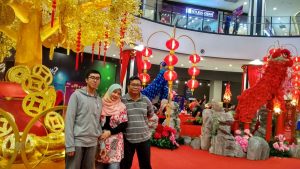 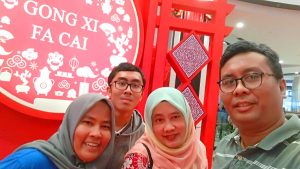 It’s the Year of the PigMy back hurts 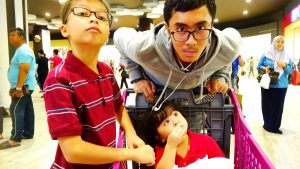 Shopping Cart NiaThe cousins look after each other 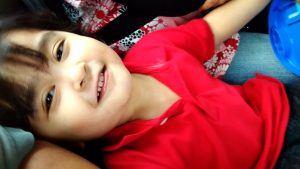 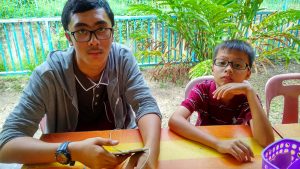 Nasi Kukus Ayam Mafia at The DangauIrfan and Aiman awaits 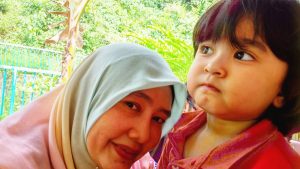 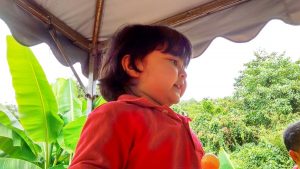 Lady of All She SurveysNia in red 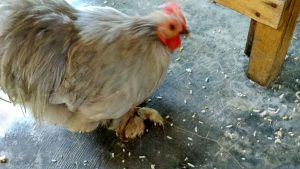 Chicken at the Dangau 01A chicken 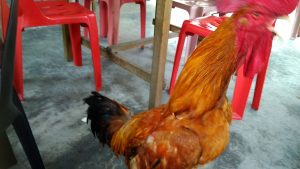 Chicken at the Dangau 02A rooster 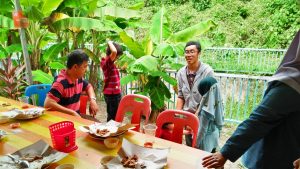 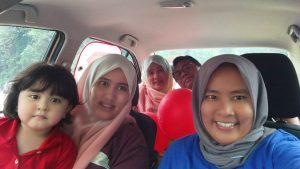