02 Aboard the Dying Ship

Yesterday we continued the Coriolis RPG campaign online with Ivan as the gamemaster. We played the published adventure entitled Coriolis: The Dying Ship which is available at the Modiphius website. Here is the second session.

Last time, on Coriolis: Hikayat Samrddhi Cheeta, the crew alongside their client Adzem Kembouri boarded the seemingly-derelict ice hauler Orun II as it drifted onwards into the Eye of Anuba whose surrounding field of ice fragments would definitely destroy the ship. Kembouri worked for the shipping company Melem Gesurra. Boarding the ice hauler, they learnt that the Captain of the Orun II might have unleashed a djinni aboard. Although a number of crew had been killed or driven insane, there were a number of survivors hiding in the nooks and crannies of the ship.

With the scimitar-wielding mercenaries dispatched, the crew of the Prosperous Cheetah, their employer Adzem Kembouri and the Orun II survivors Ayda Leon and Atallah Ard considered their options. 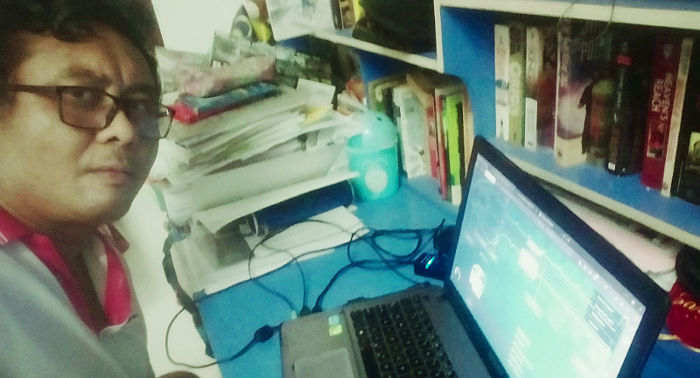 The guy who plays the pilot

Omar opened a channel to the approaching ship with his personal communicator. The newcomer vessel identified itself as the Zubeyda, a mercenary ship. The Zubeyda captain informed them that they were there to take artefacts on the ship. They advised Omar not to get in their way. Soon, they could heard the mercenary ship physically docking with the Orun II. From the sound, the Zubeyda had achieved hard dock with the starboard airlock of the engine section.

The Orun II‘s engines had been restarted by Ramsis, but they could only take control of the ship from the command deck. Alrazzi suggested they head for the command deck using the Cheetah docked at the port airlock instead of travelling forward through the Orun II.

Everyone agreed to the plan and rushed aboard the Cheetah. Kariim kept his eye on the ice hauler survivors and his hand on his weapon in case the djinni was one of them. Swiftly, Alrazzi was in the pilot’s seat and decoupling their ship from the Orun II. Then, they found themselves in a storm of ice fragments. They had drifted into a denser region of the Eye of Anuba.

Alrazzi evaded the ice fragments while smaller ones chipped paint off the Prosperous Cheetah, much to his chagrin. The pilot thrusted the ship back to the command deck port airlock and quickly docked with it.

Back on the Bridge

Like before, Ramsis had to cycle the airlock manually. They rushed up to the bridge where Captain Ardul Ratjun was still tied up at his console. Kembouri eyed the captain anxiously. At her own console nearby, Reyna Zarkavan remained there with the bullet hole through her forehead. Captain Ratjun was still unresponsive to his surroundings, his full black eyes transfixed on the spectacle ahead that was the Eye of Anuba.

Ramsis succeeded in restoring power to the entire ship.

Omar brought up the in-ship monitors. Five mercenaries were heading their way.

They recognised the leader as the one Lieutenant Ariana Remora, who accosted Kembouri back in Wahib’s Cantina. The mercs were about to move towards the forward section along the cargo beams. Using the travel cart on rails, they would arrive in seconds. But Ramsis disabled the cart as it passed the workshop, which forced them to disembark the cart and began hoofing it.

The crew of the Cheetah told the Orun II survivors to take cover while they opened up the travel tube doors. Kariim fired down the tube with his weapon. With his soldier’s skills, one of the trooper fell as they advanced. Remora ordered her squad to sweep forward, covering each other’s advance as the moved from cover to cover.

Omar told everyone to fall back and Ramsis jammed the door so the enemy could only come through one at a time.

The mercs arrived, but took advantage of most of the Cheetah crew’s fighting skills, or lack of it. They all managed to come through, although Kariim managed to strike Remora, dropping her quickly. One merc attempted to provide medicurgy services to the unconscious lieutenant while shots were traded. 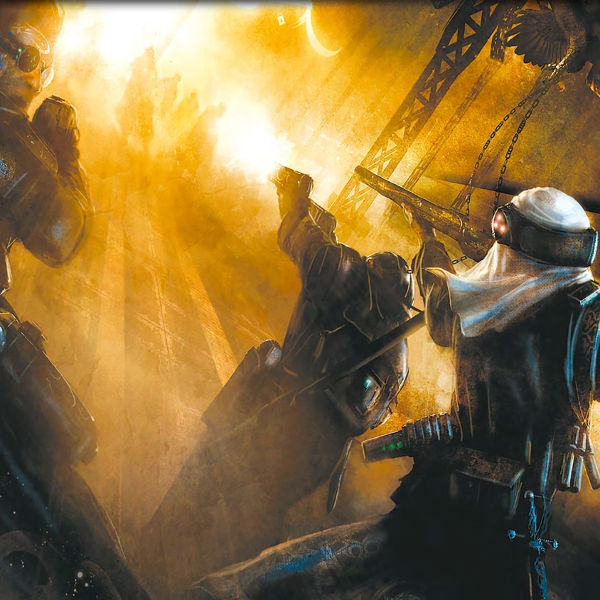 Before long, the crew had taken out two mercs. The last one, who was giving medical aid to Remora, surrendered.

Meanwhile, the ship was being pelted by ice fragments. While Kariim tied up the surviving mercs, Alrazzi jumped into the pilot’s seat of the Orun II. The impact rate on the hull was increasing. So was the severity of the impacts.

Hoping none of the ice fragments smash into the Prosperous Cheetah, Alrazzi steered the Orun II in an arc out of the debris field. Additionally, he was able to avoid large debris from smashing them into smithereens.

Alrazzi called out to Captain Ratjun, “Captain, you should teach me how you can be so calm at a time like this.” Ratjun ignored him.

(The pilot rolled 2 successes in his struggle to steer the ship out of the debris field.)

The hull of the Orun II was mangled somewhat as she sailed out of the Eye of Anuba. She was battered beyond belief, but she still flew. Also, Alrazzi was thankful that the Cheetah was still attached at the airlock.

When they were safe and sound, Kembouri told Alrazzi to set course to an unlisted space dockyard somewhere within the Kua system. The question stood, en route: Where were the other djinni? They all decided to leave the sarcophagus that Captain Ratjun reported where they were.

Upon arrival, silent agents took command of the Orun II as well as the crew and the mercenaries, djinn or no djinn. Was this part of Melem Gesurra, they did not ask.

When all was said and done, Adzem Kembouri requested that they return him to Coriolis station. Upon arrival, he disbursed 30,000 birrs to the crew of the Prosperous Cheetah for the salvage job, picked up his luggage and disappeared into the spaceport.