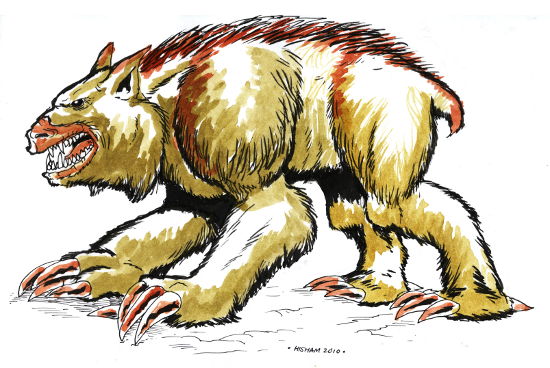 The bear sloth is a large furry predator. 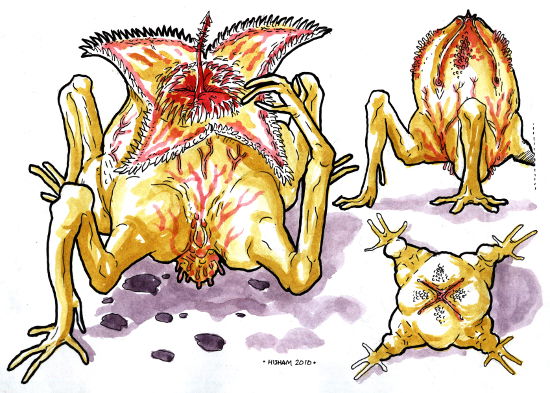 Twice the height of a human, the fiend devourer grabs its victims and stuff them into its mouth on top of its body. 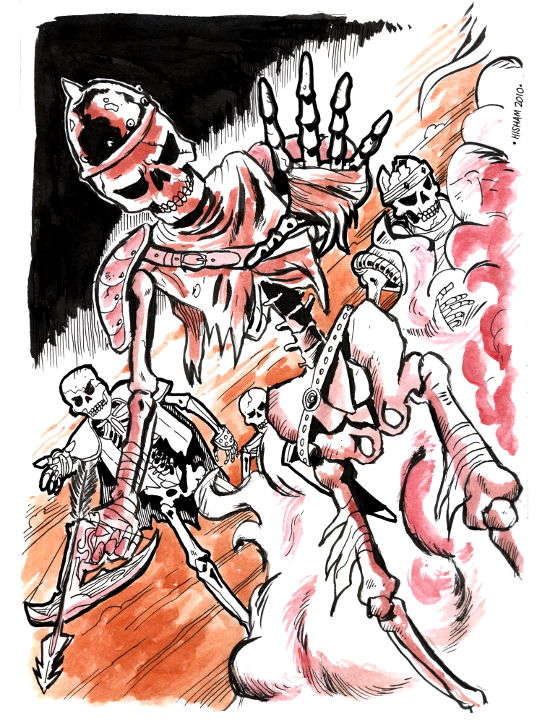 The crossbow-armed Skeleton Sentinels are undead creatures cursed to be the guardians of a place or an item. 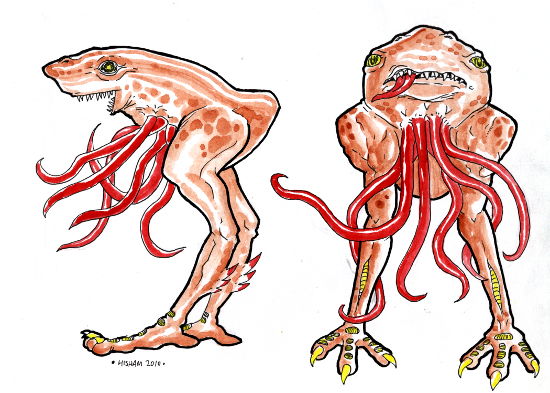 Human-sized predators, Harriers are not only fast, they also hunt in packs and are invisible to the naked eye. 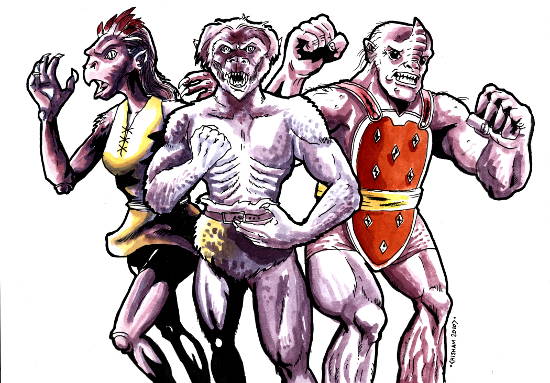 Therians are shapeshifters that can take the form of any living thing they touch, except for dragons.

More artwork from the book will be posted soon.