I have been illustrating for an article for a new issue of the D6 Magazine. This hilarious entry by Mike Fraley, entitled “Graiv’s Magical Curiosities”, is a marketing drive by the eponymous business owner trying to sell off some strange and unconventional magical artefacts that seem utterly useless at first glance. Would you purchase… 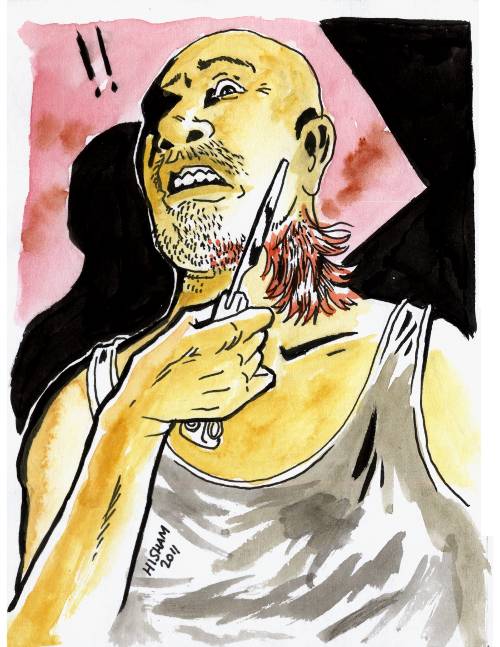 Using the razor would cause an inhumanly quick hair growth where blade touches the skin. 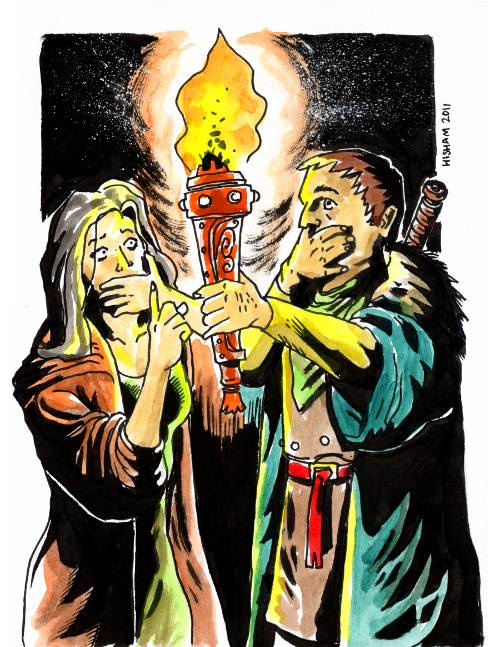 The flame from this torch cannot be easily doused by water… but human voice will cause it to go out. 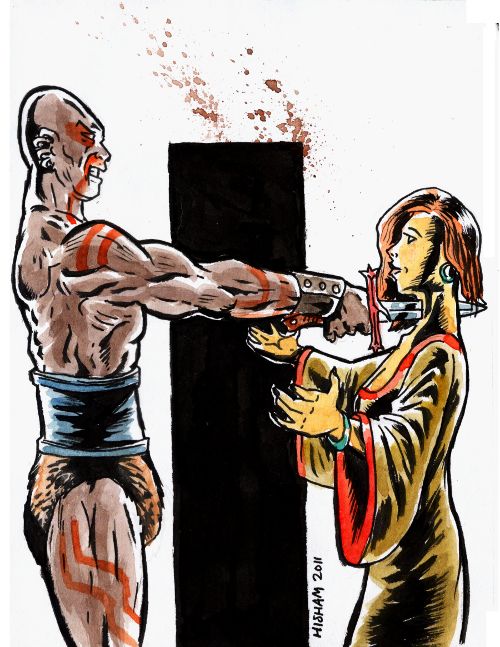 This dagger will slice through everything except living matter. 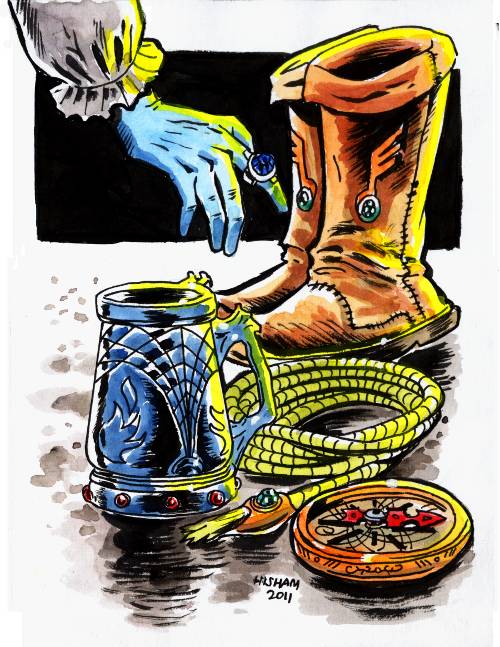 The Blue Ring and other stuff

The Blue Ring just turns the wearer’s skin blue. Also depicted here are the Trackless Shoes, the Ever Empty Tankard, the Nevertied Rope and the Compass of Impeding Doom. Read about these magical gear and more in the upcoming issue of D6 Magazine.

Check out my cover to issue one here.