One Saturday, our driveway became an apam balik station. Many visitors came to obtain free apam balik as dessert to go with their meal. 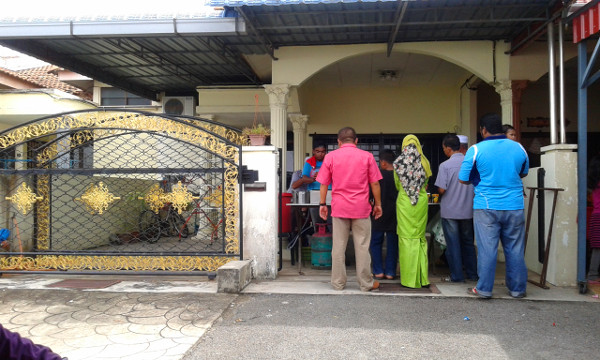 Free food in our driveway

The driveway had been converted because of the wedding feast held by our neighbour to commemorate the wedding between his son and daughter-in-law, and his daughter and son-in-law. 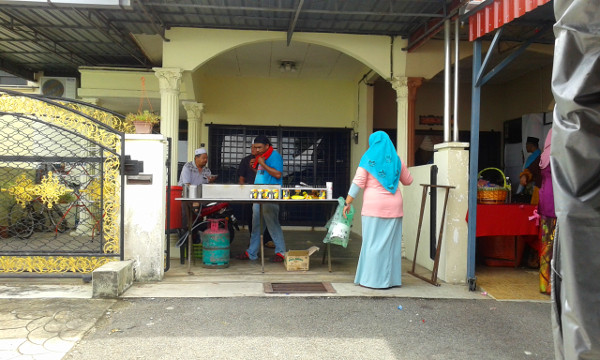 The previous day both Ain and I helped out with the preparing of the food. I helped cut up the beef into small pieces while Ain had her fingertips chemically seared off when she attempted to remove the skin out of a million metric tonnes (or so it seemed) of garlic.

Apparently de-skinning a large amount of garlic can be painful to your fingers. 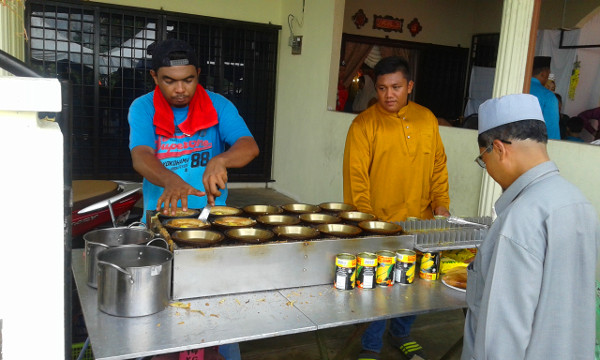 Close up on his work processes

There was a meeting some weeks back and we had given them permission to set up the apam balik station here.

Across the street where the food was being served, an ais batu campur station had also been set up. But we are here today to talk about the apam balik station. 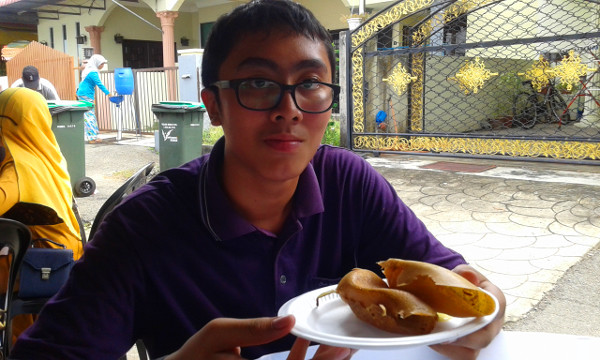 Close up on the results

Despite this photo, Irfan was not as enthusiastic about consuming the apam balik as Yong and I were and we both enjoyed the little things greatly. 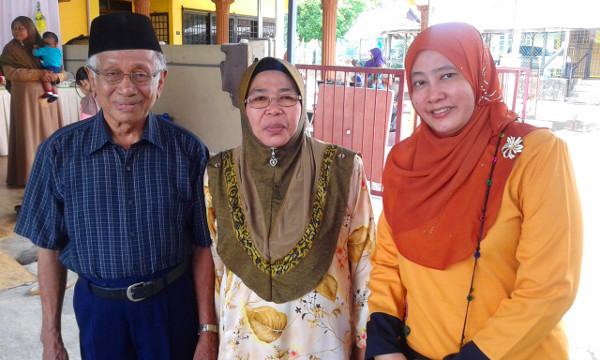 During the feast, our friends from the nearby who were invited to the wedding also visited our house. It was a pleasant day for everyone.

Posted in Recent News and tagged Around the House, Food, Wedding.