The Star Wars Show on YouTube called for more fanart from the internet of their mascot MSE-6 mouse droid CH-33Z. 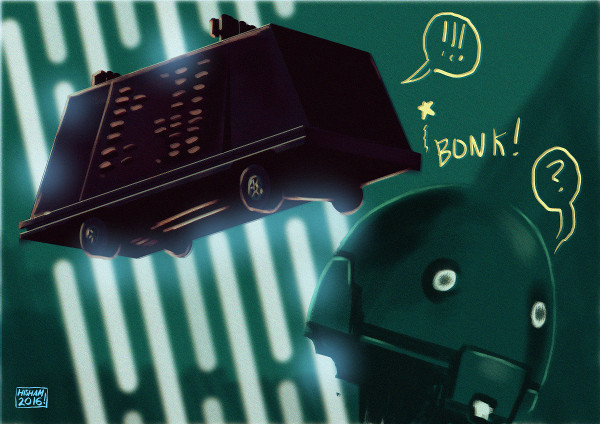 As I have since been told that I am – more or less – part of this “internet”, then here is something I made which includes a cameo appearance of Rogue One‘s own Imperial droid K-2SO.