If you had asked me 10 years ago or so, I would say my new experiences will be declining gradually the older I grew. There would be less chances for me to do new things. I am pleased to report that I was wrong.

In the last year or so I have been involved in a number of things I never thought I would be involved in with regards to my professional life. 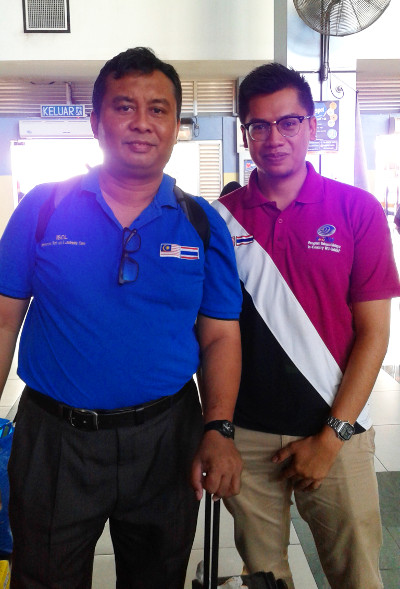 Last weekend I accompanied the entire language department for an Enhancement Workshop.

The workshop was held at a hotel on Langkawi Island. It had been some time since I was at Langkawi and we have not been there since moving to Perlis. 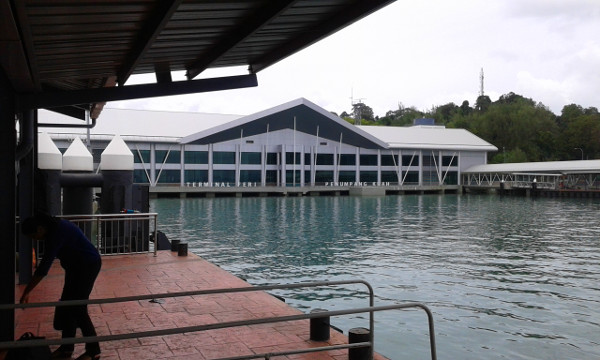 Arriving on the island

The ferry ride took an hour and they played a Jackie Chan movie on the cabin screens. I think there was a lion in a sports car or something? I fell asleep en route as the movie was playing. 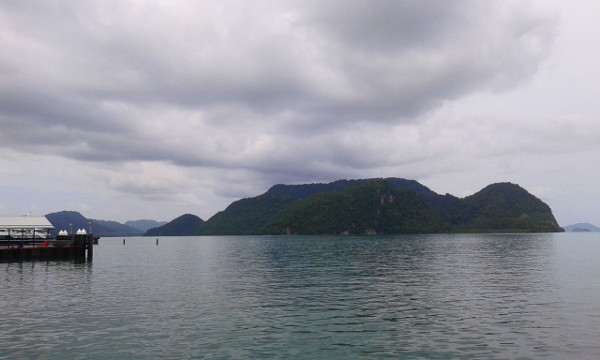 I had forgotten how breathtaking the islands were as we come in to dock. Photos do not do the view justice when the ferry moved between them. 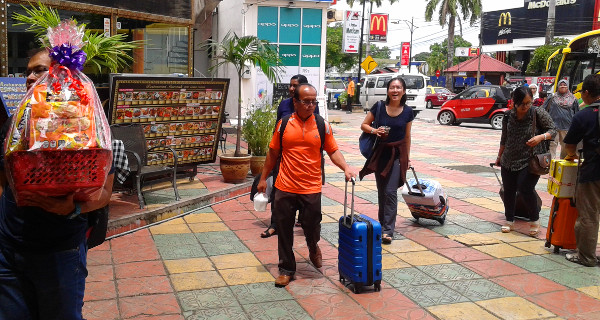 Arrival at the hotel

The hotel was located at Cenang Beach. A bus was chartered to transport us from the town of Kuah to Cenang Beach. 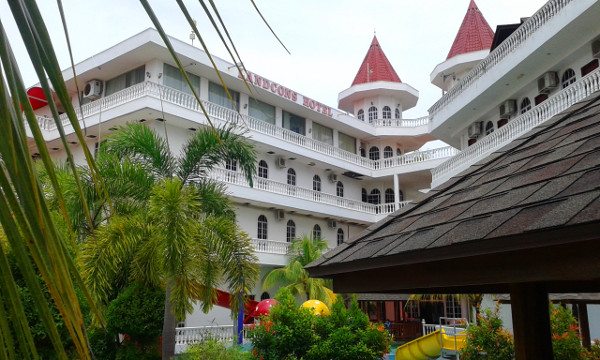 The hotel’s name is Landcons

The name of the hotel could be seen at the top of the building. I bunked with a couple of others in a large room facing the pool. I should have brought swimming gear. Perhaps next time, if there ever is one. 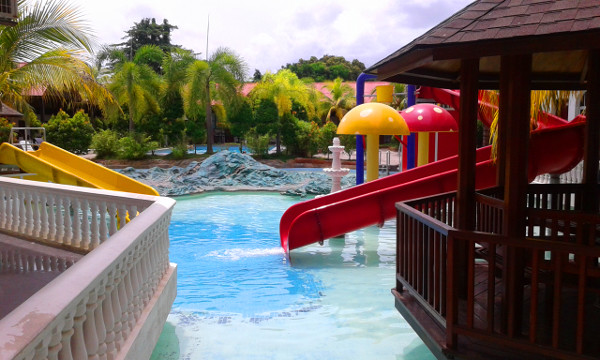 Irfan would totally enjoy this pool, I thought. The dark solid rising up in the middle of the kiddie pool is a Langkawi island model and map. Terrain to scale for wargaming? 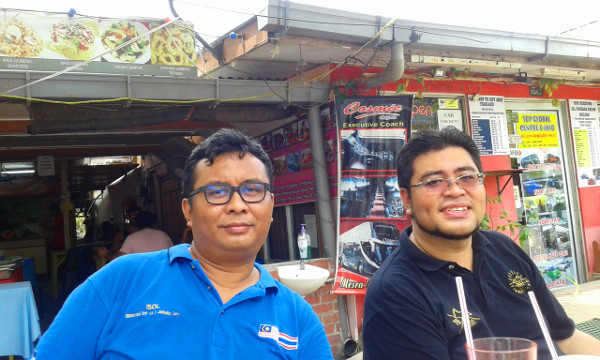 After stowing our gear at our rooms, I went to buy a new phone batt as mine was depleting its charge faster than it should. Thankfully there was a kiosk right in front of the hotel, in front of the Mexican restaurant. Then Rizal and I went exploring down the street were we had lunch. 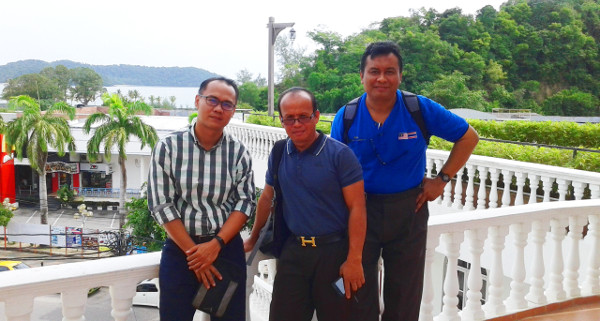 Jasin, Nole and I

The workshop sessions, kicking off with an opening speech by the director in the afternoon, was held at the seminar room at the hotel roof. There was a gazebo on the roof by the seminar room which had a great view of the surroundings. 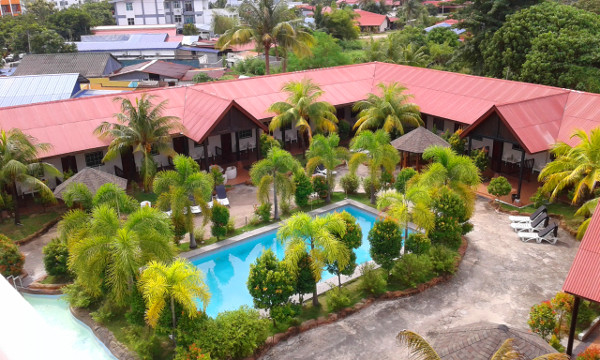 Here is the view of the pool and courtyard from the roof. My room was located at the far corner. 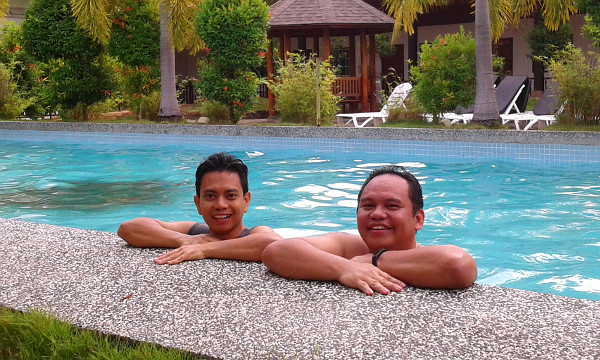 After the opening ceremony, there was time for some recreation. Zaki and Reynold here went for a swim. 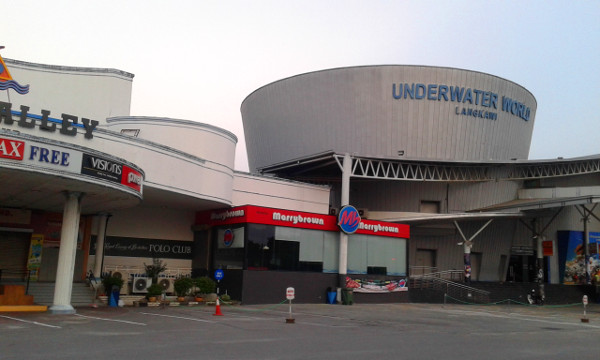 In front of the hotel, there was an aquarium

The programme continued until night time. The next morning I went for a stroll in the streets which seem deserted. Also across the street from the hotel was the Underwater World aquarium, still closed this early in the morning. I thought I would go for a walk by the beach, but then a message beep signalled that breakfast was served at the hallway outside the hotel seminar room. I spun and headed back to where the food beckoned. 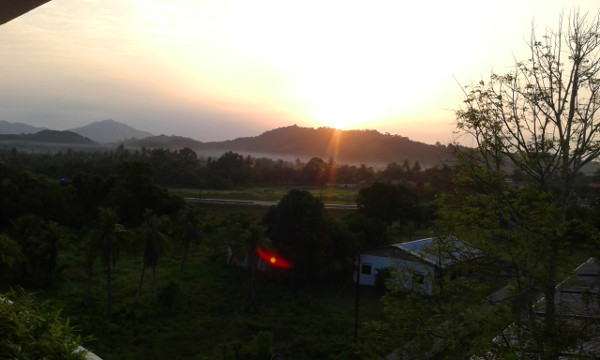 During breakfast the following morning

As we had breakfast, I saw the sun rising up in the east over the hills. 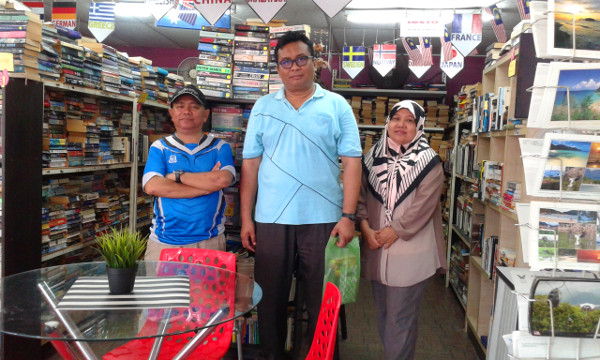 Late afternoon, I went for a walk to find a bookstore that Opah Irfan told me about. The proprietors were her friends on Facebook. They shared a love of growing flowers. I found the bookstore a kilometre up the street. I introduced myself and made new friends. 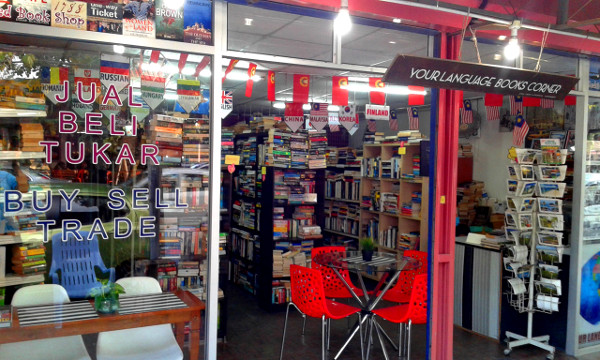 The Your Language Books Corner bookstore bought, sold and traded books with tourists and visitors of Cenang Beach. They had shelves filled with books of 20 languages, from English to Russian. It was quite an extraordinary business model which worked. I was also amused that the store name shared a word with our department. 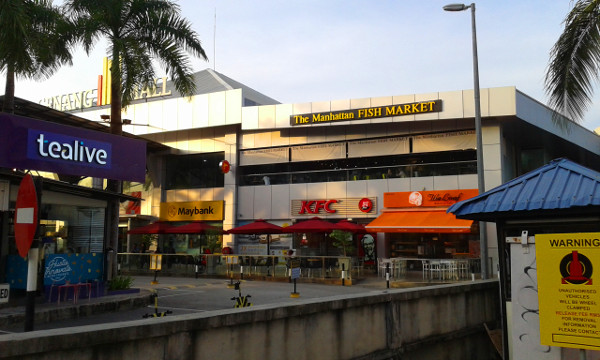 Heading back to the hotel I passed by Cenang Mall. Across the street from the mall, I noticed a way for me to get to the beach. What was a visit to Langkawi without at least one walk along the beach, I figured. 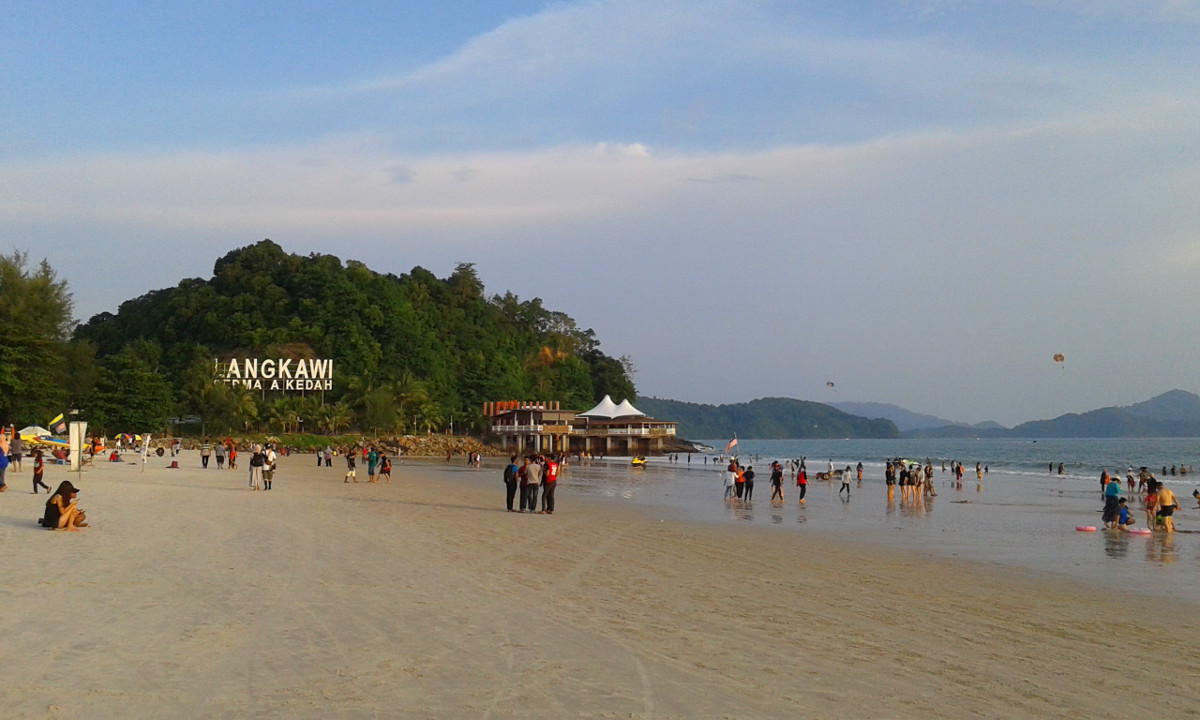 I rarely went to the beach when I was here for work previously, so I was not really familiar with Cenang Beach. There were picnickers, beachcombers, sunbathers, swimmers and parasailers. Click on the image above to expand the picture. 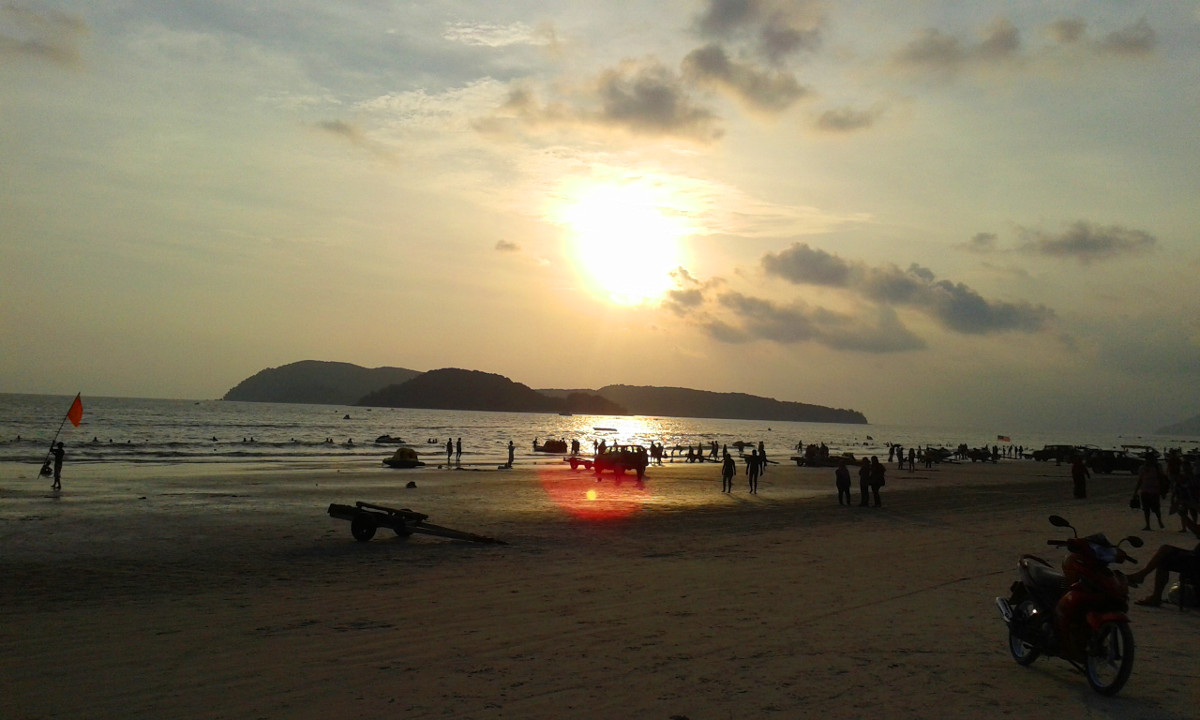 The sun was about to dip behind smaller islands toward the horizon when I headed back to the hotel. Click on the image above to expand the picture. 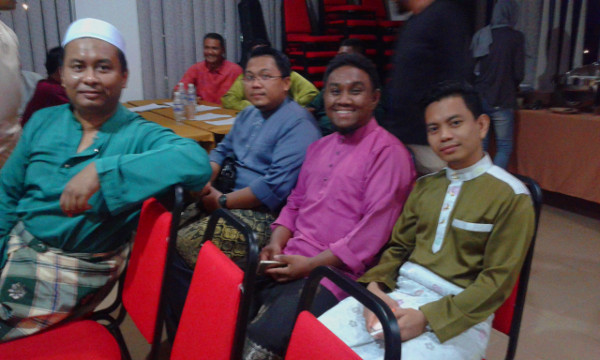 There were festivities, food and games in the evening session at the seminar room. Games were more musical chairs than Arkham Horror though. 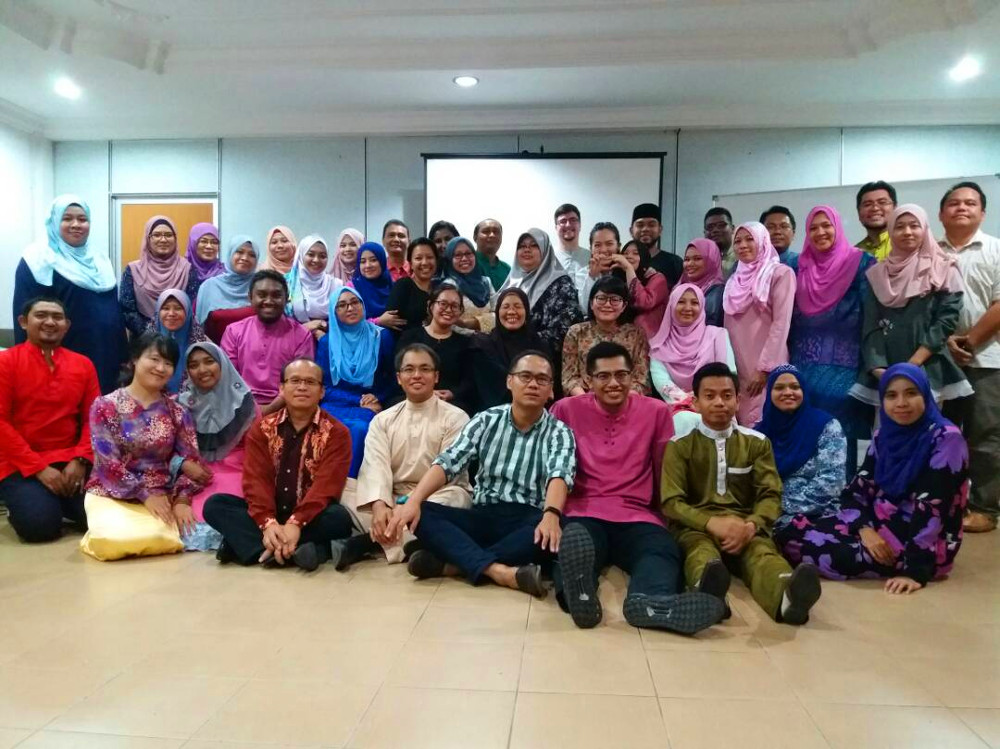 Group photo on the last night

We took a group photo in our baju raya to cap off the belated Hari Raya celebrations. Click on the image above to expand the picture. 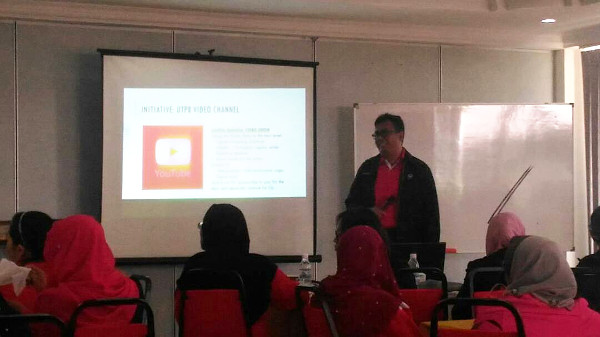 The next morning, at the final session of the workshop I was assigned to present something regarding the future of our unit in the department. 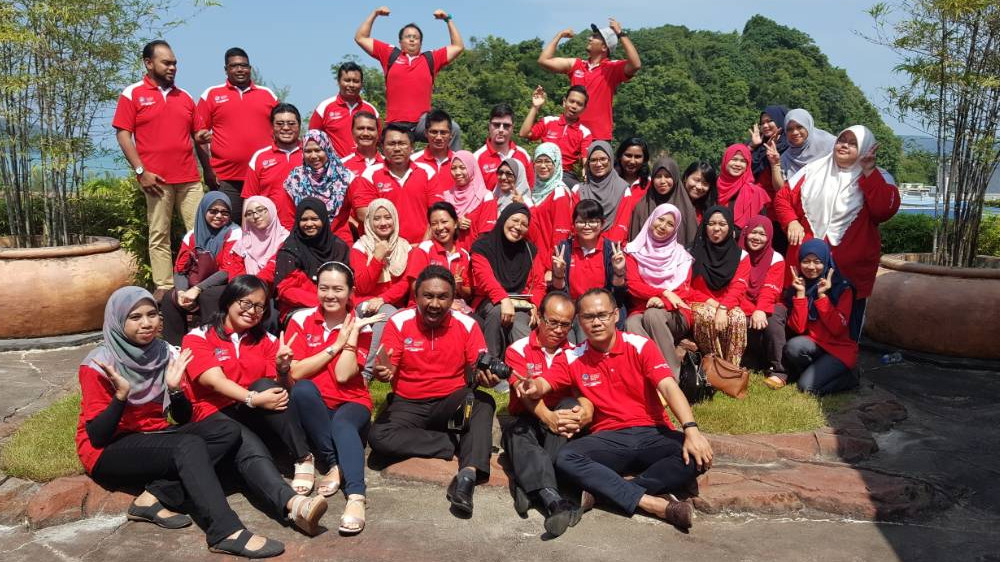 Last group photo on the roof

Before we adjourned, we took an outdoors group photo while everyone was wearing the official workshop t-shirt. Click on the image above to expand the picture to see everyone. 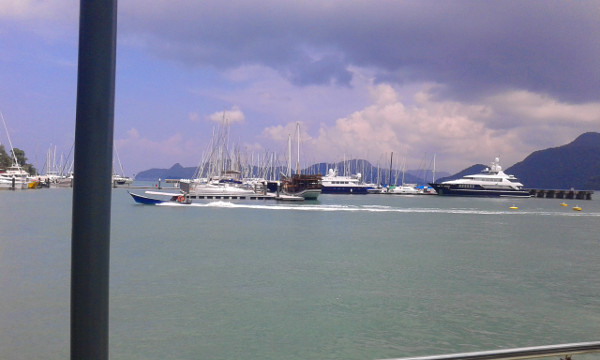 Soon after most of the group geared up, headed back to Kuah by bus and caught the next ferry back to Kuala Perlis. It had been an enjoyable and productive time. 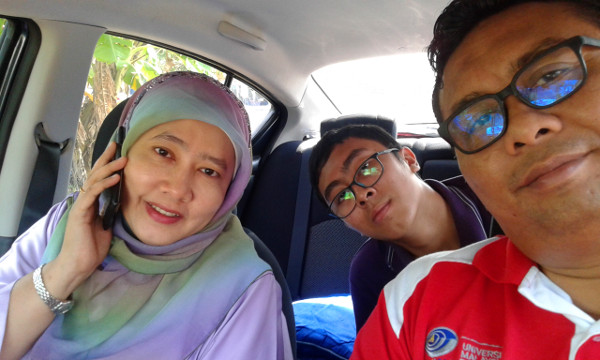 I bade my colleagues farewell. Ain and Irfan picked me up at the ferry terminal and we headed home. (And stopping over en route at a Hari Raya open house in Kangar we had been invited to for a late lunch.)