Once upon a time…

… Irfan Shafiq was born just before 5 p.m. in the maternity ward at Kuala Lumpur Hospital.

He caused his mother to be stuck at the hospital for almost 12 hours before finally decided it was time to pop out.

I was right there with Ain when he popped out. When the nurse handed him to me he gave me his best “Hey… can you tell me what the heck’s going on around here” look.

Atok and Opah arrived from Sitiawan today to celebrate the occasion with Irfan, after which Opah made nasi ayam for dinner.

There was cake with candles (a hit with Irfan for some reason) and the photos were taken by Atok. We had dinner when Mak Long and Ayah Long came a-calling. I noticed that Irfan was sleepy by 8pm but he fought his drooping eyes until it was after 11pm, because of the occasion.

I can’t believe he used to be as small as the picture to the left. He looks like he’s seven, and many people have told us they thought he was seven. Compare the photo with the ones below.

Posing with Atok and Opah… with his eyes locked onto the main target, the cake: 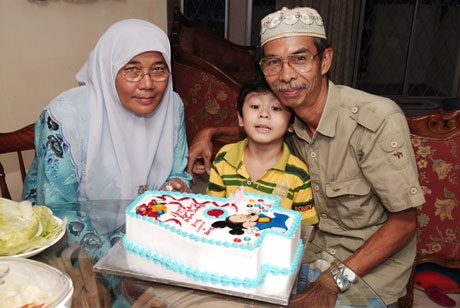 Irfan flanked by his parents as they restrain him from slicing the cake before photos could be taken: 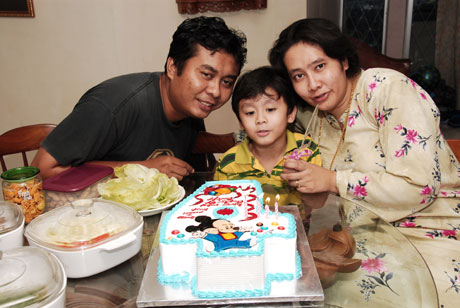 Cik Emma presents Irfan with a birthday present from herself and Cik Su F (who has exams in a couple of days): 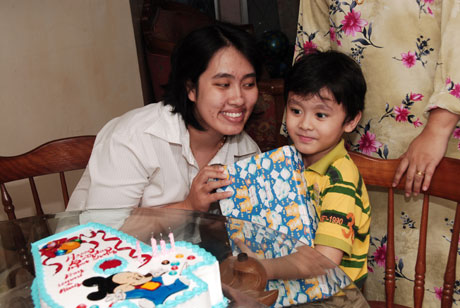 After having his fill of cake and other things that aren’t cake, he sits on the computer chair in satisfaction and lethargy with his beloved Cars toys: 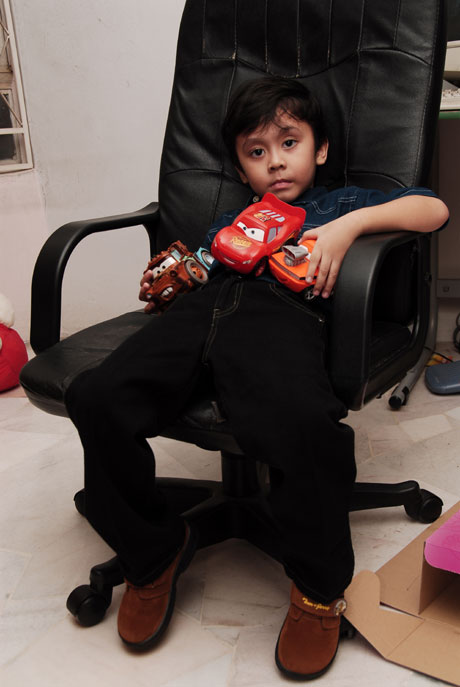 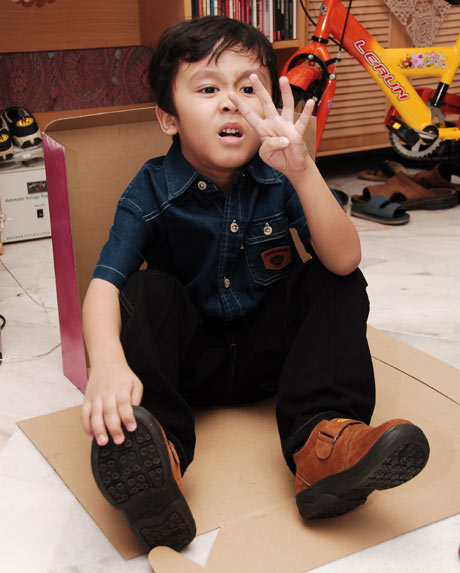 Soon after, we boxed him up as can be seen in the photo above and stowed him in the store room until his next birthday in 2007. Hee hee.