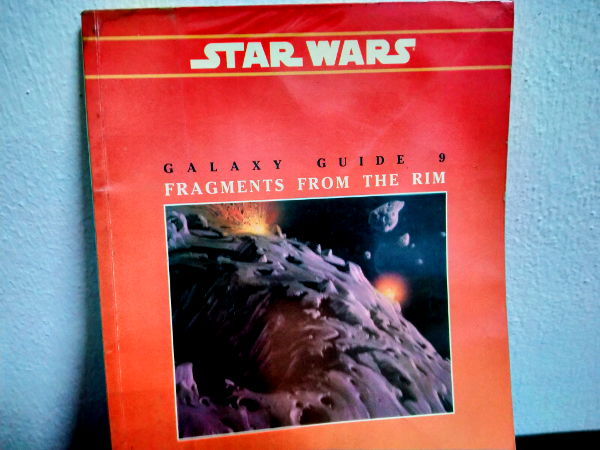 All my life I’ve loved the idea of the Star Wars universe. When I discovered that there was a Star Wars Roleplaying Game published by West End Games back in 1987 I was excited. But this won’t be about how I got into RPGs, but the review of one of the best SWRPG supplements ever:

Galaxy Guide 9: Fragments From The Rim

Here is a list of why this supplement by Simon Smith and Eric Trautmann rocks:

In closing, no other Star Wars supplement from West End Game has given me such enjoyment in reading it. Maybe the original Star Wars Sourcebook comes pretty close. And I’ve gotten a lot of mileage out of the book, using the characters and situations in the adventures I have run.