Tonight was Irfan’s 5th birthday, as can be noted via the photo of his cake below. See? It’s in the shape of the number five. 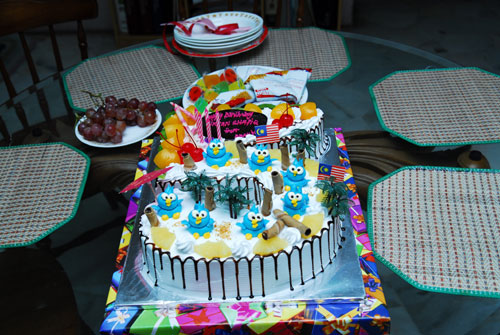 Here is the close up of the ancient inscription found on the cake during the archaeological dig: 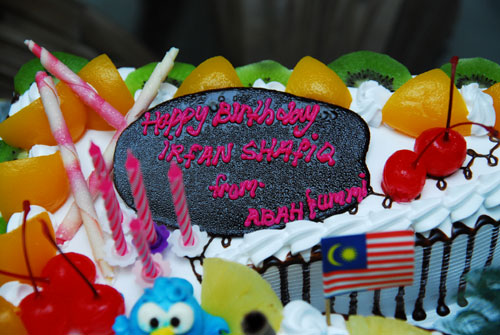 So, here we go by the numbers as per last year. Many thanks to Atok Irfan for his photography skills to get great photographic shots: 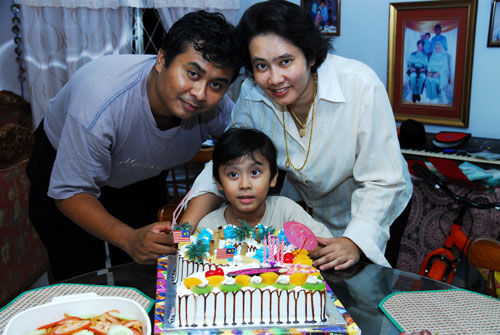 The trio of Pandan Indah

Then I got behind the camera to take a picture of Atok & Opah Irfan: 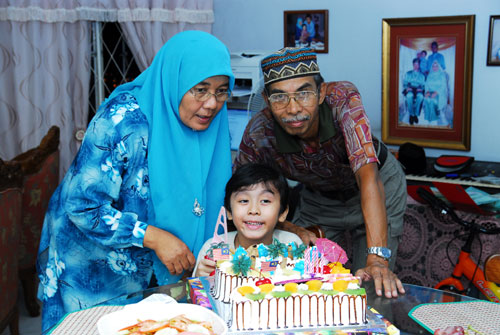 There were two cameras trying to take a photo of Irfan and Cik Emma. However, both were looking at the other camera when the button was pressed. 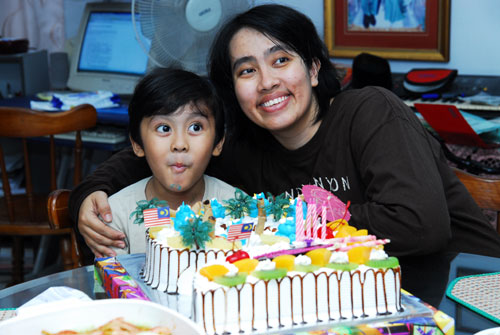 Finally Irfan receives his birthday present from Atok Irfan! Check out the excitement in his eyes: 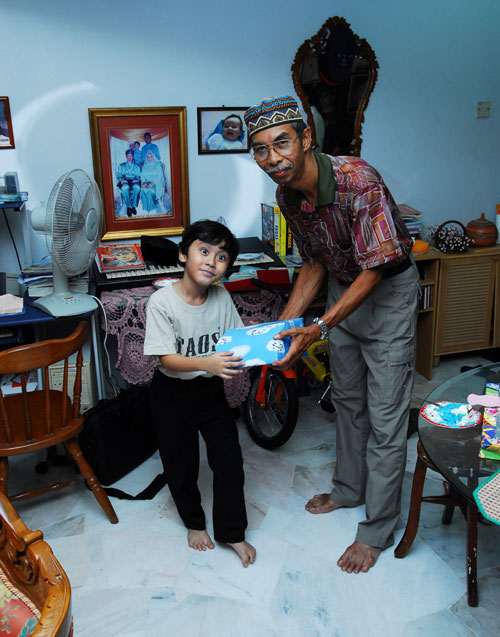 It’s an Optimus Prime! But…. how to get it out of the box? 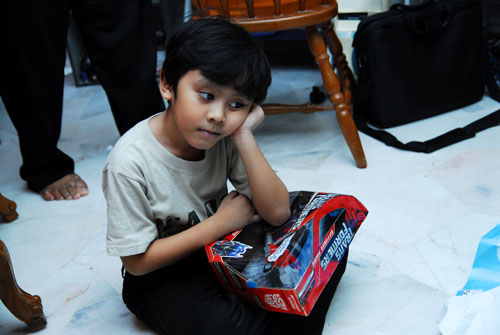 Oh no a box

Thankfully a passerby (his dad) helped him to get the toy out of the box. It was a Voyager-class movie Optimus with Automorph technology. God knows we need more Automorph technology in the world. Said passerby can be seen reading transformation instructions in the background. 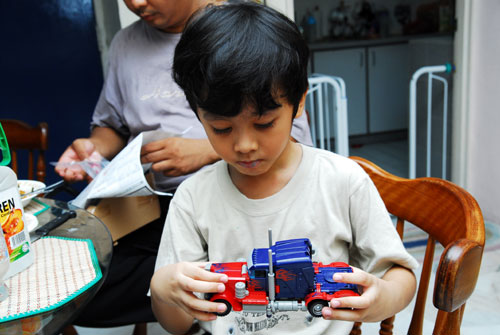 Ultimately, Irfan finds himself with a little help from the passerby, a robot mode Optimus Prime! Irfan’s lips turn blue in his excitement! (Not really… just the blue icing from the cake): 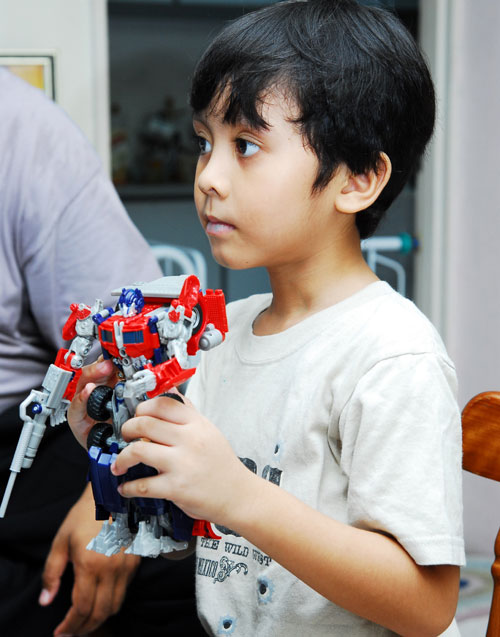