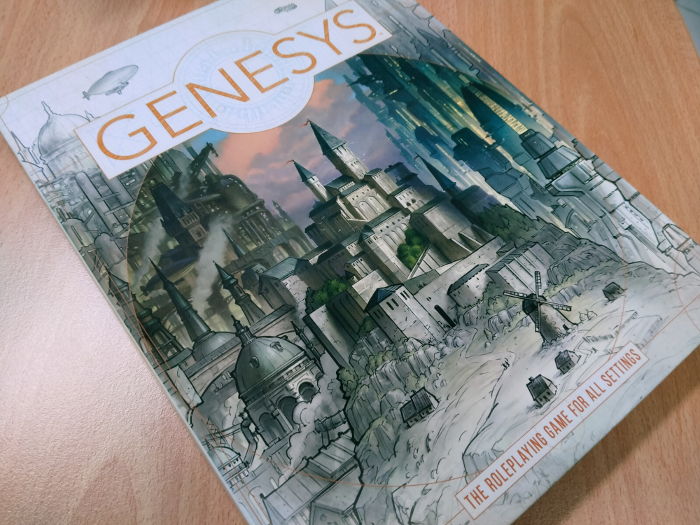 I saw on Facebook that there was a sale going on back in KL. So I asked for Ivan for help in purchasing and shipping over the Genesys core rule book. Because of my experience in running Fantasy Flight Games’ Star Wars RPG, I think there would be no problems running this system. Although the symbols on the Narrative Dice are different from Star Wars, the mechanics are more or less similar. 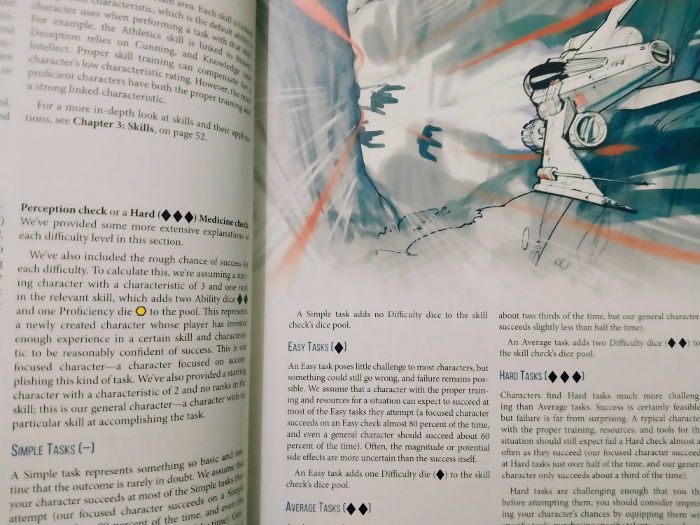 However, as I do not have the official Genesys dice yet, I could use the Star Wars dice as a substitute.

Genesys, like games such as Savage Worlds and Mini Six, is a universal setting system where gamemasters could adapt any setting, fictional or historical, and any genre to run for their players. 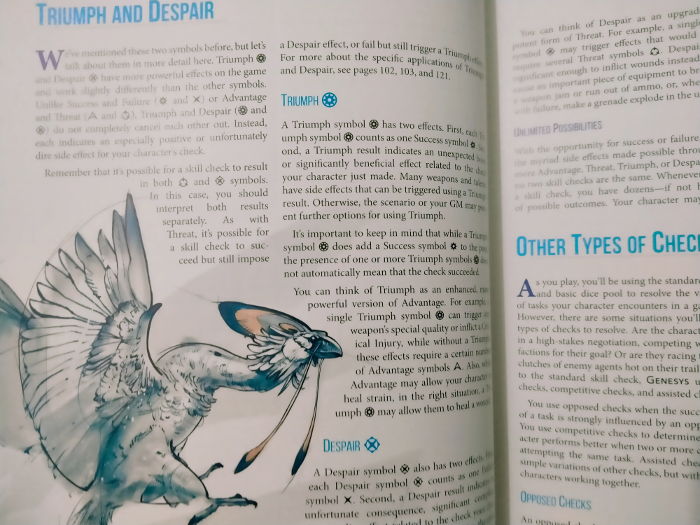 Although the basic dice pool rules are the same, there are some differences in the general rules between Star Wars and Genesys. For example, instead of rolling Force Dice to activate Force Powers, Magic skills represents the magic mechanics, namely Arcana, Divine and Willpower which work like normal skills.

Also, Story Points replace Destiny Points, but instead of flipping tokens, players move tokens between the Player pool to the GM pool for extra mechanical and narrative effects. 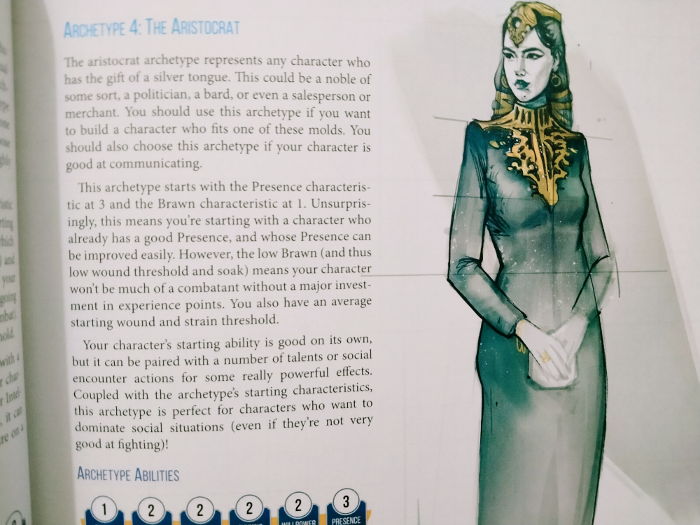 The core rulebook provides four archetypes to be player characters: Average Human, The Labourer, The Intellectual and The Aristocrat. Additionally, the Entertainer, Explorer, Healer, Leader, Scoundrel, Socialite, Soldier and Tradesperson careers are available for players. There are also careers which are tied to specialised settings, including Hacker and Starship Captain (for science fiction), Mad Scientist (for steampunk), and Knight and Wizard (for fantasy).

The rulebook suggests a number of setting genres, with example settings for some of them. 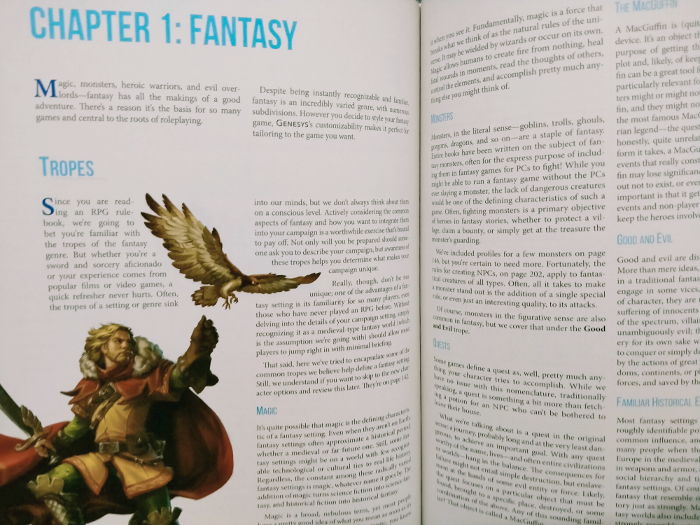 For example, you could play a Fantasy campaign, and the book highlights some lore, character options, gear and adversaries for Fantasy Flight Games’ own Runebound setting. 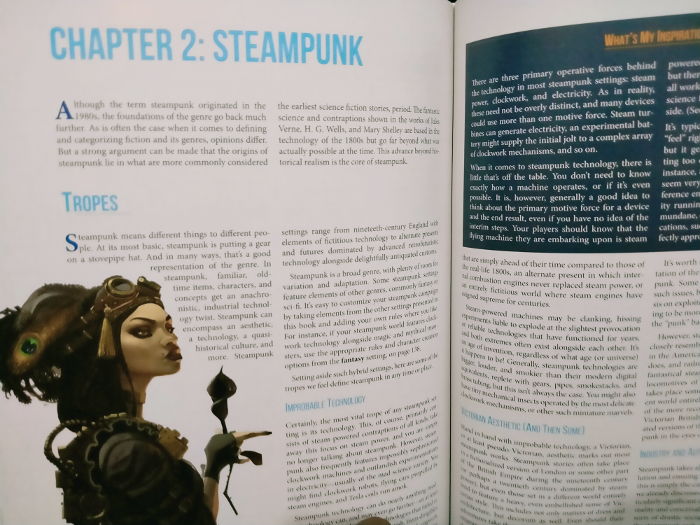 The book displays the Sovereign of Steam setting for the Steampunk chapter of the book. The setting comes complete with Adversaries such as the Airship Pirate and the Clockwork Animal Automaton. 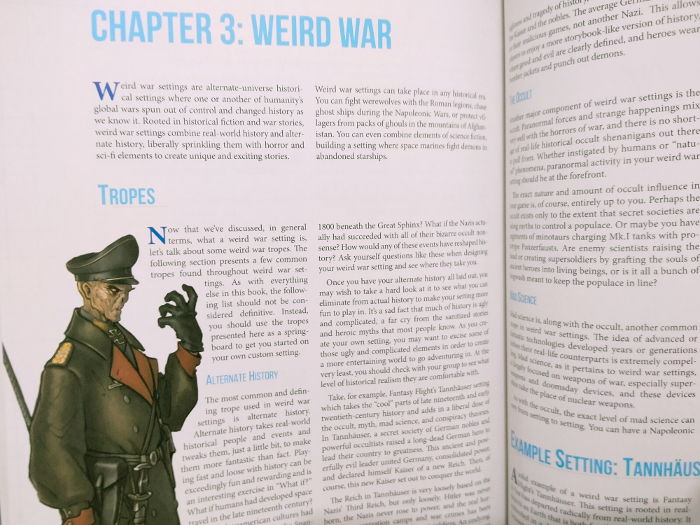 The Weird War setting sets up the Tannhäuser world, an alternate history milieux featuring a world war in the 1940s where Occult Commandos and Arcane Scientists battle each other using magic and alien technology. 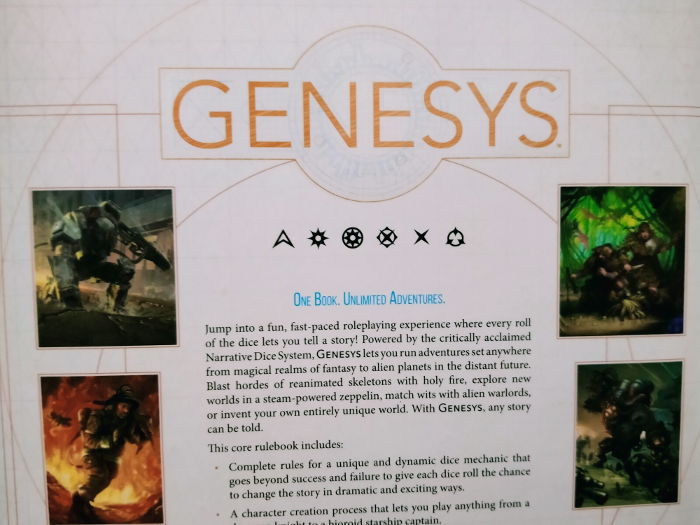 Back cover and blurb

Perhaps I can use Genesys as a tool to encourage English speaking in my language classes. The three separate Success-Failure, the Advantage-Threat, and the Triumph-Despair axes could help with students’ speaking skills. If students were invested in the narrative of any campaign (as if it was an intriguing novel or a compelling television serial) more of them would speak in class, whether in-character or out-of-character.

Meanwhile, Fantasy Flight Games have allowed players and GMs to produce and sell their own products via the Genesys Foundry through DriveThruRPG. This is good news as it would spur community activity for their product. More products would translate into longevity of this line of tabletop role-playing games.